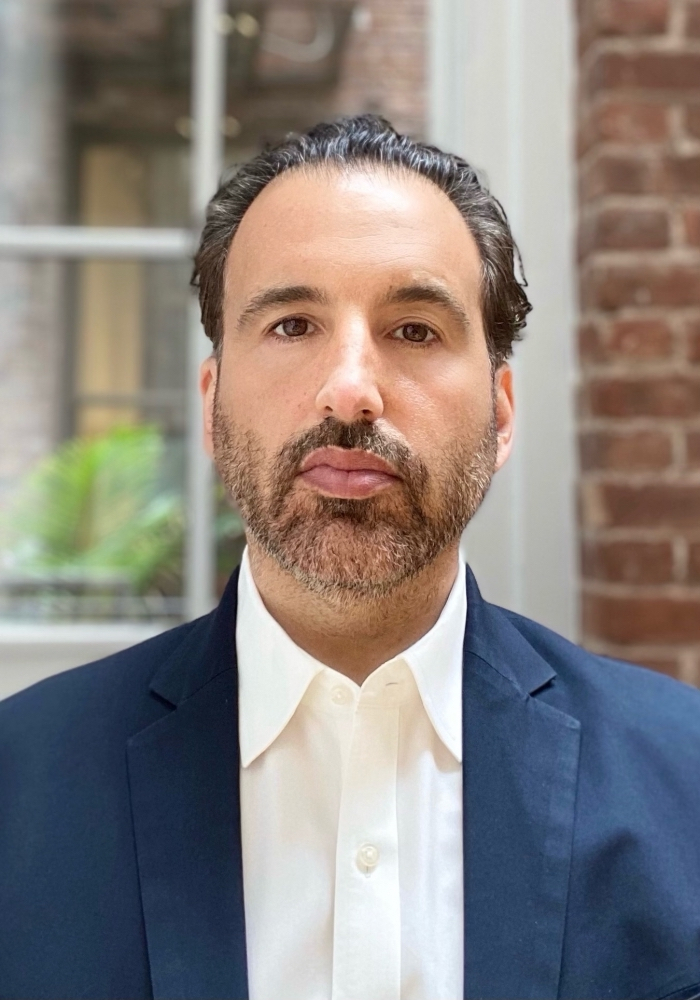 Monday, May 10
James Cohan Gallery Names David Norr Co-OwnerDavid Norr is now a full equity partner and co-owner of James Cohan Gallery, the New York gallery where he has served as partner since 2018. Prior to joining the gallery in 2015 as senior director, Norr worked as senior curator of exhibitions at the Wexner Center of the Arts in Columbus, Ohio, and as chief curator at MOCA Cleveland. In his new role, Norr joins founders James and Jane Cohan in leading the gallery.
Blum & Poe Now Represents Lonnie HolleyBlum & Poe, which maintains spaces in Tokyo, New York, and Los Angeles, now represents Atlanta-based artist Lonnie Holley. A self-taught artist, Holley’s practice spans painting, assemblage, performance, and sandstone carvings. Born in Jim Crow-era Birmingham, Alabama, his works reflect a family history of hardship and perseverance, as well as the Afro-Atlantic tradition of sculpting art from wreckage. His work was included in the landmark 1996 exhibition “Souls Grown Deep: African American Vernacular Art of the South,” and is in the permanent collections of the Metropolitan Museum of Art, New York and the Whitney Museum in New York, the Los Angeles County Museum of Art, and the Smithsonian American Art Museum in Washington, D.C., among other museums.

Stroom Den Haag Names New Artistic DirectorAlexandra Landré, who has previously served as artistic director of the Dutch art center Kunstvereniging Diepenheim, has been appointed artistic director of Stroom Den Haag, an art platform in the Hague, the Netherlands. Throughout her career, Landré has worked on exhibitions at De Appel in Amsterdam, the Kunsthalle Münster in Germany, the Kunsthalle Wien, and other institutions.
Goya Contemporary Gallery Now Represents the Estate of Elizabeth Talford ScottGoya Contemporary Gallery in Baltimore now exclusively represents the estate of Elizabeth Talford Scott, who died in 2011. Born in 1916 in South Carolina to parents who were sharecroppers, Scott from an early created elaborate quilts that she would become known for. The artist’s work has been shown at the Metropolitan Museum of Art and the Studio Museum in Harlem, among other institutions. Her daughter, the sculptor Joyce J. Scott, is also represented by Goya Contemporary Gallery. Gallery founder Martha Mack said in a statement, “[Elizabeth Talford Scott’s] work remains as relevant today as it was then, and her influence on other artists is becoming more understood as the field starts to investigate and correct the curatorial and collecting omissions of the past.”

Petzel Gallery Adds Xie Nanxing to its RosterPetzel Gallery now represents Beijing-based painter Xie Nanxing. Over two decades, Nanxing has exhibited widely in China and Europe, including presentations at the Venice Biennale in 1999 and Documenta 12 in 2007. His wide-ranging subjects include  household objects, Snow White, and everyday people caught in moments of undress. His first show at Petzel will be in a group exhibition this summer, where he will present two paintings from his series “The Dwarfs’ Refrain,” alongside a new body of illustrations. His work is also currently on view at The Warehouse in Dallas.