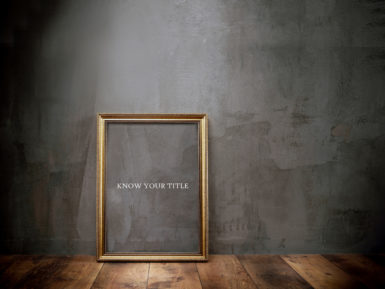 ARIS, the insurer and underwriter of title insurance for art and collectibles, has created a new service for title risk assessment of artworks for prospective buyers. Under the name Know Your Title, the offering to be unveiled Tuesday at the Art Business Conference in New York includes evaluations of provenance and matters relating to sales.

Mary Buschman, ARIS Title Insurance Corporation’s president, told ARTnews that, in the past six months, the company has seen “an influx in inquiries in pre-sales,” noting that collectors today often consider the viability of their purchases as longterm investments.

“What we’re finding more and more is that buyers are now future sellers,” she said. “People see potential risks that they could mitigate beforehand.”

For Know Your Title, ARIS researchers look into possible instances of theft in an artwork’s history, questions of ownership, litigation associated with sellers, and other risks.

Buschman noted one case in which ARIS looked into a $15 million sculpture in Europe for a client and determined that, though the provenance was sound, the seller had been entangled in legal disputes and potentially engaged in fraud. Ultimately, the client did not purchase the work.

“Sellers should be aware that they can’t just ride roughshod over wealthy collectors,” Buschman said. “People have become much more savvy.”

Issues relating to repatriation in recent years “factor into my risk matrix,” Buschman said. “At the same time that people are coming to us for a ‘yes’ or ‘no’ high or low risk, that could change two or three years from now [owing to] something that I couldn’t necessarily predict.”

She added that the trend toward automation and technology in the art market is at odds with the kind of work that ARIS is undertaking. “How do you verify things? It takes time,” she said. “Whether something is worth a thousand dollars or a million dollars, you need to go through the information you’re given. We slow the pace down and ask questions.”