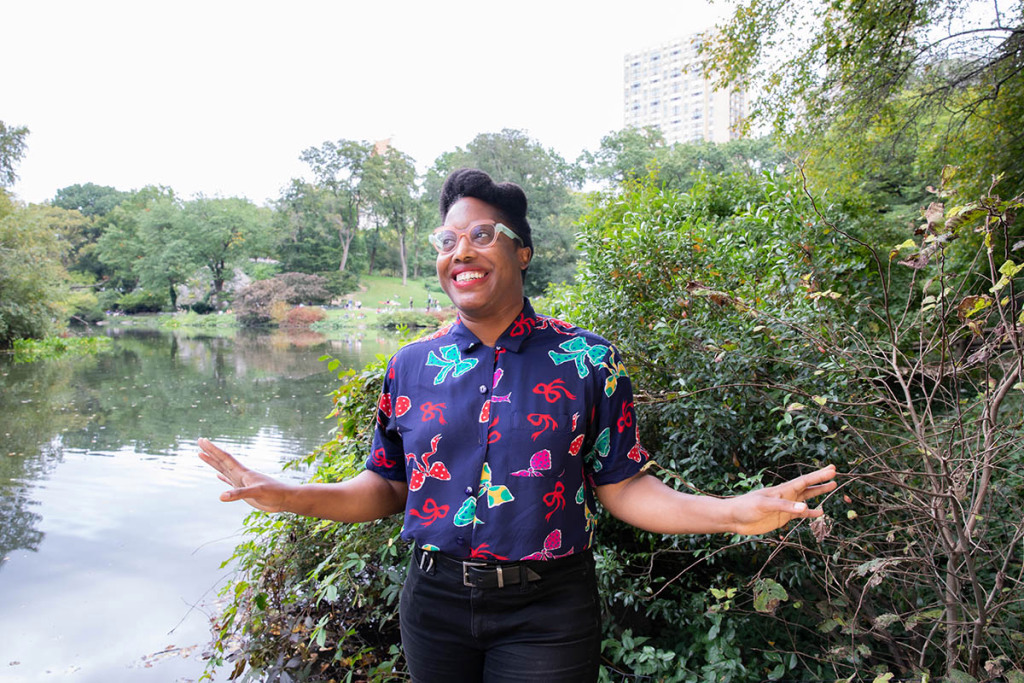 April Freely, the recently appointed director of the Fire Island Artist Residency (FIAR) program, has died. The FIAR said that she had died “unexpectedly” in a Facebook post on July 9. The organization also set up a GoFundMe page in her honor.
In its statement, FIAR said that Freely was “a caring and thoughtful leader, a passionate community organizer, an enthusiastic mentor and a wonderful friend,” and that she was “committed to supporting LGBTQ poets and artists and expanding access for BIPOC communities.”
Freely had just began her role at FIAR, which bills itself as the first program with a focus on LGBTQ artists in the U.S., in October of last year. Prior to taking the position, she had been program coordinator at the Vermont Studio Center, one of the largest arts residency programs in the country. A passionate defender of FIAR and its residents, which have included artists such as Chris E. Vargas, A. K. Burns, and Paul Mpagi Sepuya, she spoke in an Art in America interview earlier this year about how the pandemic had only emboldened artists to continue working.

“The last year has felt particularly dampened and dark, but these are the moments when the boundaries of creative practice are tested and can bear the most weight or meaning in our larger culture,” she said. “There’s something so resilient not only about those who are continuing their creative process but also about the work that is being made … During this time of prolonged isolation, it’s important to think about what creativity can do for us.”
Freely’s poetry was published in American Poetry Review, Ninth Letter, and Gulf Coast. Her essays on artists appeared in the Kenyon Review, and she wrote on Jennifer Packer for a 2018 monograph.
She was also professor at Bard College in Annandale-on-Hudson, New York, and was the recipient of a 2020–21 Queer Arts Mentorship fellowship in literature, as well as awards from the Ohio Arts Council, the Fine Arts Work Center in Provincetown, the Rona Jaffe Foundation, the Tulsa Artist Fellowship, and the CUE Art Foundation.
On the GoFundMe page, friends and fellow writers Spring Ulmer and Jennifer S. Cheng wrote, “She had an uncommonly kind heart, clear on the world’s complexity and brokenness, yet full of love for it and for her communities.”

Over the weekend, artists took to social media to mourn Freely’s death. In an Instagram post, Cheyenne Julien wrote, “The world was better off for having her in it.” Also on Instagram, Kevin Beasley called her “brilliant,” writing, “Your attention to nuance, your warmth, and graceful presence is painfully missed.”

Ford, Mellon Foundations Team Up for $5 M. Initiative Focused on U.S. Latinx Artists
Anastasiia Bondarchuk, the main character of the film “The Incident at Wall Street Hotel”, on the Cannes Film Festival red carpet
To Top
error: Content is protected !!