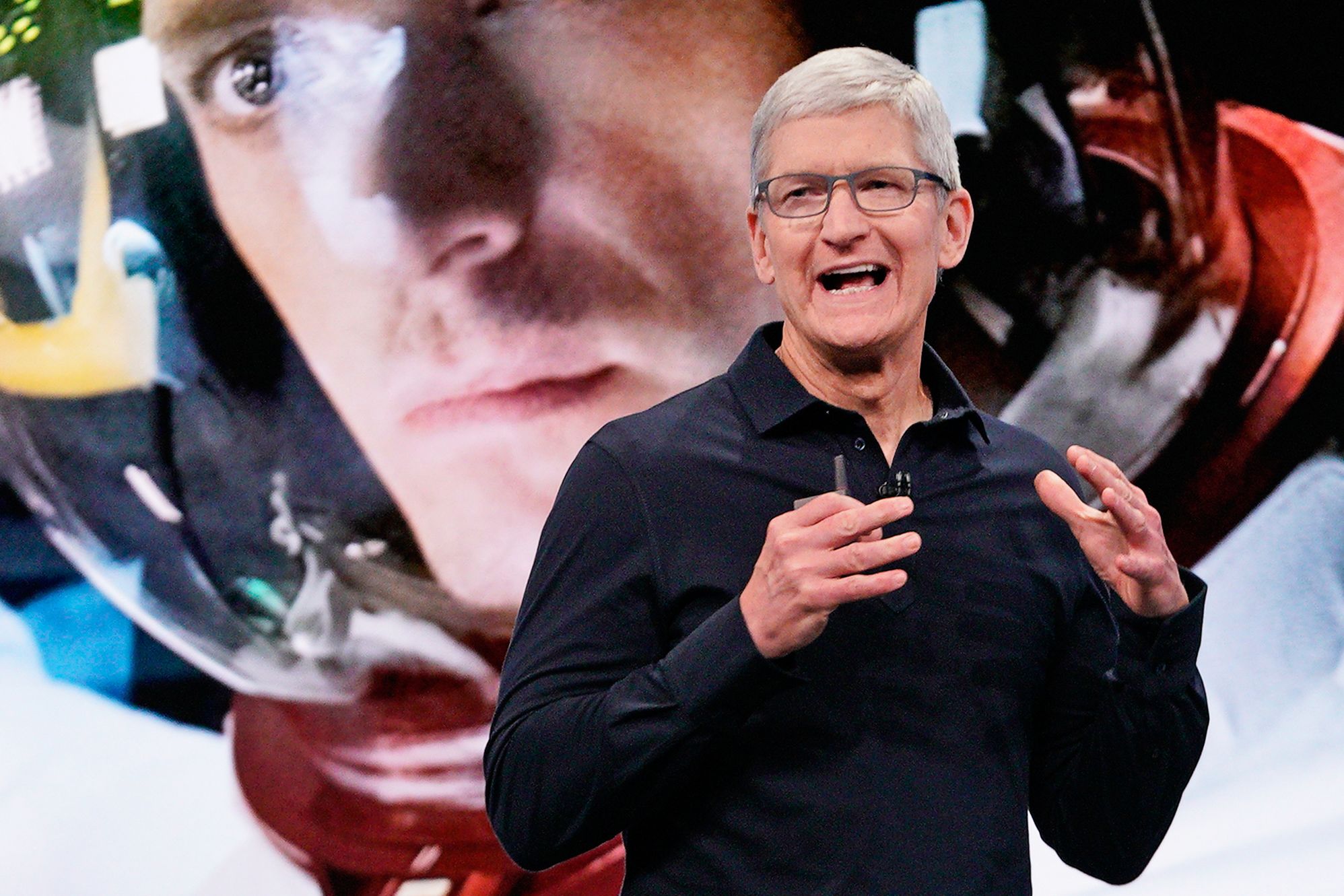 Apple CEO Tim Cook frequently says his company tries to own every primary piece of technology in its products, instead of relying on outside parties. That helps explain the news that Apple appears close to buying Intel’s smartphone modem division, including patents and staff, for $1 billion or more.

The iPhone maker already has a supplier for modem chips: Qualcomm. Earlier this year, as part of a settlement over patent licensing, Apple agreed to buy Qualcomm chipsets for multiple years — long enough so that it will likely use Qualcomm’s superior 5G modem chip in future phones.

But 5G is a long game and will be strategic for Apple as the high-speed network gets built out and consumers start expecting faster performance and more capabilities. With ownership of chip development, Apple can control its own destiny.

“Apple does realize it’s not another chip — it’s strategic intellectual property in a connected device,” said Prakash Sangam, founder of Tantra Analyst, a research and advisory firm. “This is one of the key strategic pieces of IP they don’t have, and it makes sense to own it.”

The deal to purchase Intel’s modem assets is not final yet, but it could become official soon, according to a report on Monday from the Wall Street Journal. Apple and Intel each declined to comment. In April, Intel announced that it was  exiting the 5G market because, as CEO Bob Swan said, the division had “no clear path to profitability and positive returns.”

Currently, Apple is Intel’s only modem customer, according to analysis from  Chris Caso of Raymond James. Qualcomm chips are on the way. Patrick Moorhead of Moor Insights and Strategy said that even if Apple buys Intel’s assets “it takes best case five years to get competitive.”

Still all about the iPhone

While Apple is emphasizing the importance of software and services in its future business and stopped disclosing device units sold this year, the iPhone still drives the company, accounting for almost 54% of revenue in the quarter that ended in March. Sales of iPhones peaked in 2015 at 231 million devices sold, falling to 217 million in fiscal 2018.

“Apple’s near-term iPhone problem is mix – Apple is selling a much larger mix of legacy iPhones than in the past,” Caso wrote in a note last week, pointing out that there is “virtually nothing” that Apple’s current iPhone XS can do that an iPhone from 2015 can’t do. “We think the higher bandwidth and improved connectivity of 5G will provide a more compelling upgrade.”

In a note on Tuesday, Caso wrote that “once 5G arrives in earnest, we think it will be difficult to sell any computing device (a PC, tablet, or anything else) that doesn’t include a 5G modem.”

In addition to lowering costs and taking greater control over the guts of its key product, there’s another potential benefit to acquiring Intel’s modem business. Apple has its own A-series chips, which power everything but the communication piece that’s handled by the modem. By combining them, Apple could have a more complete system on a chip (SOC), said Tantra’s Sangam.

“In terms of area, performance, and battery management it would be much better,” Sangam said.

There are also limited options in the 5G modem market. With Intel, Apple could potentially avoid buying chips from companies like MediaTek or Samsung, which have performance specifications and present competitive concerns.

“For Cupertino this would be a clear ‘doubling down’ on 5G which remains at the centerpiece of the company’s smartphone future with these chip assets giving Apple further control over its supply chain and core chip design,” Wedbush analyst Dan Ives wrote in a note on Monday.

Qualcomm shares dropped 2.5% on Tuesday following reports of the Apple-Intel talks. But Sangam, who previously worked for Qualcomm, doesn’t see an immediate impact on the  company’s business, because chip development often takes at least five or six years.

“In the short term, I do not see a huge difference unless Apple proves it can do a good modem,” Sangam said.

Too much regulation will hand tech leadership to China

Google is the only customer with silicon at scale