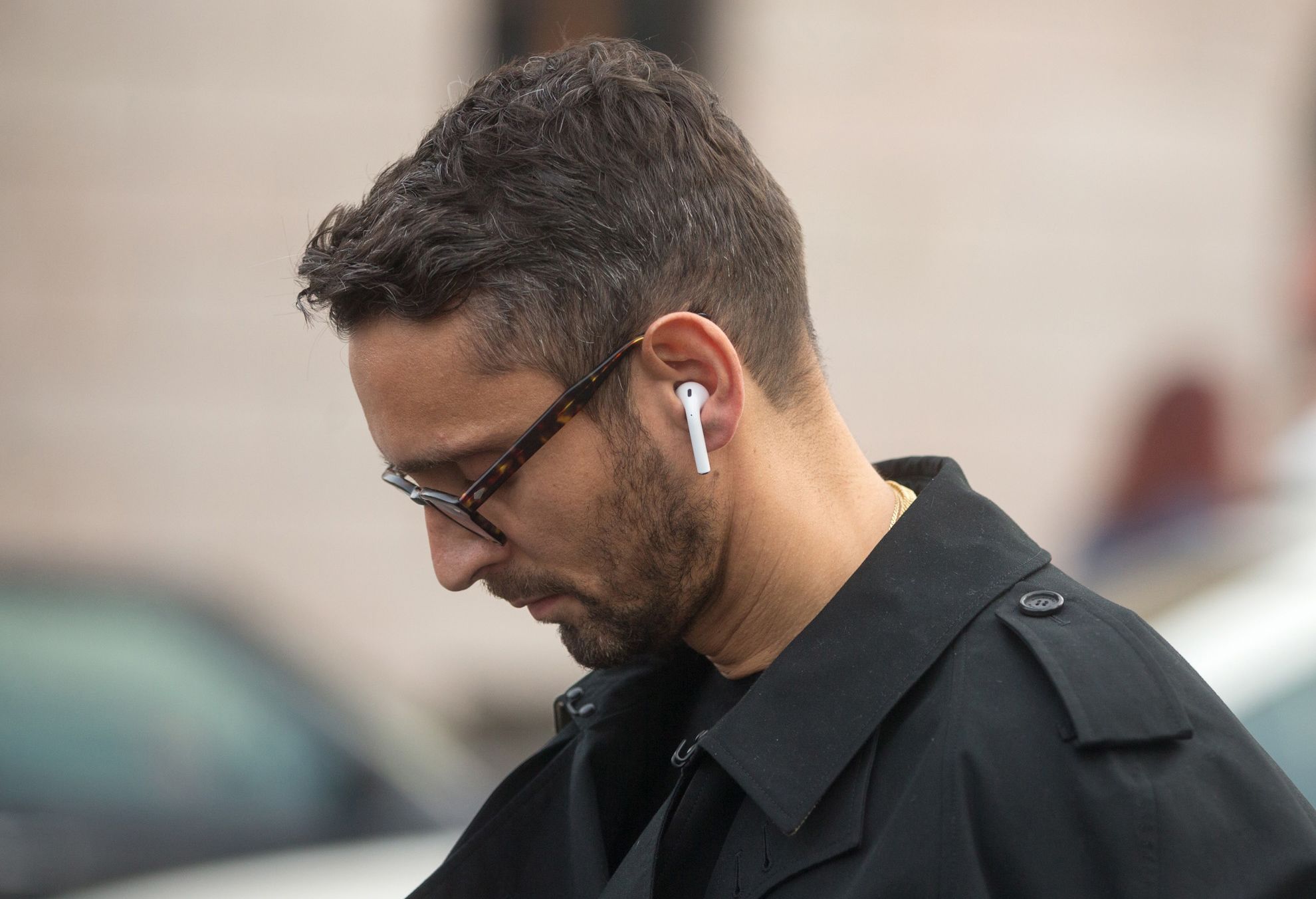 Apple is often referred to as the “iPhone company,” because that’s the product that’s driven the majority of Apple’s sales for years.

Since 2012, the iPhone has accounted for over half of Apple’s revenue for every single quarter. But that streak broke when Apple reported earnings on Tuesday — instead, Apple’s biggest product only accounted for 48% of total sales, and iPhone sales were actually down 12% from last year.

Yet Apple beat expectations and total revenue was up from a year ago.

The main product category picking up the slack? What Apple calls “wearables” — the category including Apple Watch, AirPods wireless earbuds, and Beats headphones.

Apple CEO Tim Cook called it a “blowout quarter” for its wearables product category and said there was “phenomenal demand” for the $159 AirPods.

Apple said that Wearables, Home and Accessories sales totaled $5.53 billion in the most recent quarter, which was a massive beat — analysts surveyed by FactSet were only expecting sales of $4.59 billion, nearly a billion less than the actual number.

It’s hard to do a year-over-year comparison, because Apple rearranged its product categories late last year, but Apple Watch and headphones used to be in a category called “Other Products,” which totaled $3.7 billion in the same period last year.

“As I mentioned at the outset, it was another sensational quarter for Wearables, with growth accelerating to well over 50 percent,” Cook said in a call with analysts to discuss the company’s results.

Apple doesn’t break out unit sales anymore, and never did for products like Apple Watch, so it’s unclear eactly which products are driving the growth, but Cook said that wearables by itself — not accessories — was up “well over” 50% and was the size of a Fortune 200 company over the last 12 months. (The 200th company on the Fortune 500 is General Mills, with $15.74 billion in revenue last year.)

Perhaps the biggest positive for Apple’s growth going forward is that competition is less fierce in the smartwatch and wireless earbud categories than in smartphones.

In the fourth quarter of 2018, the last quarter which estimates are available, Apple was by far the number one wearables company by unit shipments, according to IDC data, with 16.2 million units shipped.

Next was Xiaomi, with 7.5 million units, primarily shipped to China.

“We’ve got the wearables area that is doing extremely well,” Cook said in response to a question about the future of Apple aside from the iPhone. “We stuck with that when others perhaps didn’t, and really put a lot of energy into this and a lot of R&D, and are are in a very good position today to keep playing out what’s next there.”