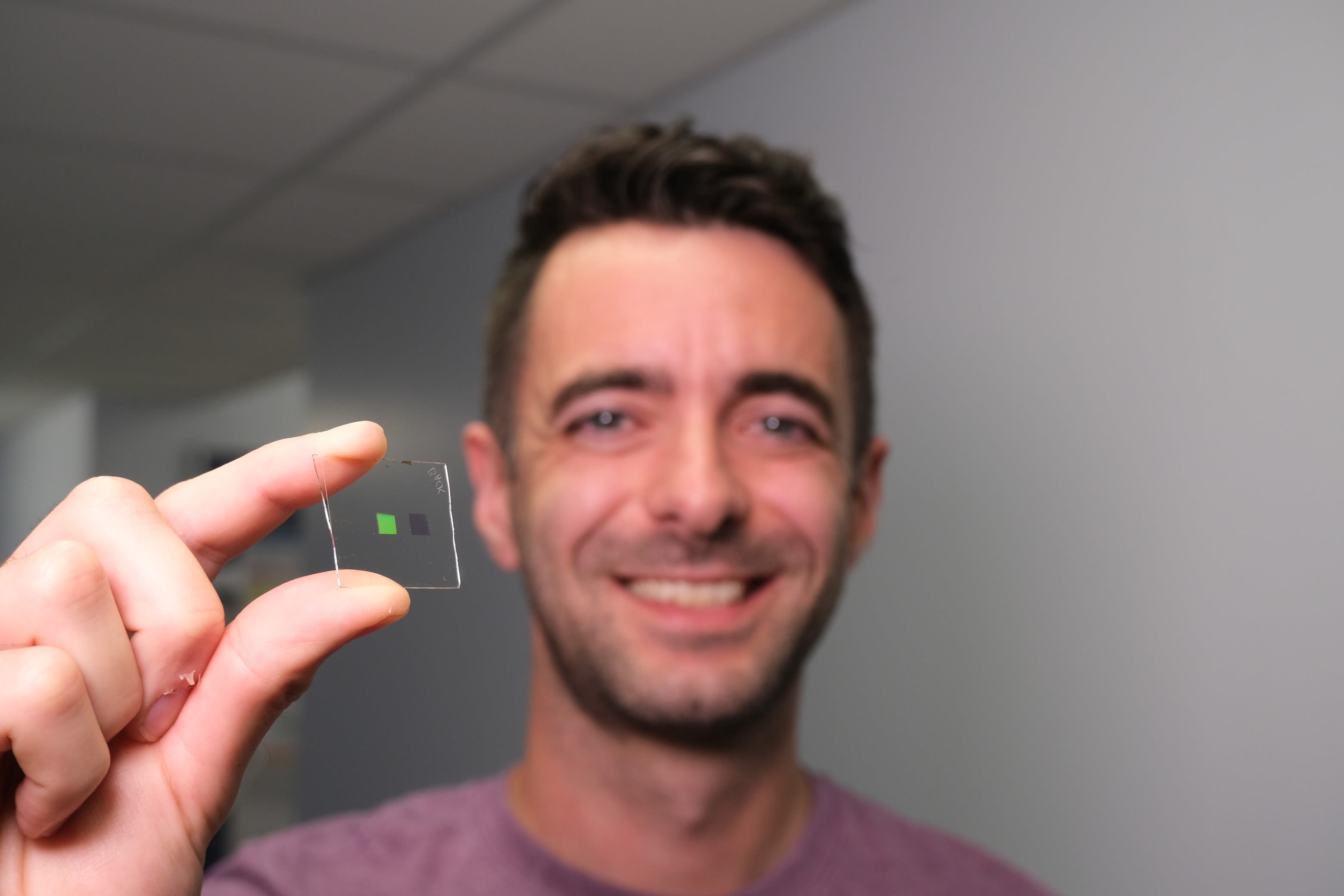 This image shows Alasdair Clark, from the University of Glasgow’s School of Engineering, holding a scaled-up version of the artificial tongue.

Researchers in Scotland have developed an “artificial tongue” which can tell the difference between different types of whiskies and, in the process, potentially aid the fight against counterfeit alcohol.

In an announcement Monday, the University of Glasgow said that engineers had built a device which used “the optical properties of gold and aluminum” to test different types of whisky.

Extremely small “slices” of the metals, described by the university as being “sub-microscopic” in size, were arranged in a pattern and used as “taste buds.”

Whisky was poured over the taste buds and the team analyzed how they absorbed light when covered by the alcohol.

The small differences in how the gold and aluminum in the tongue absorbed light enabled researchers to distinguish between different kinds of whiskies.

Whiskies from Glen Marnoch, Glenfiddich and Laphroaig were used in the research, which led to a paper being published in the Royal Society of Chemistry’s journal, Nanoscale.

Alasdair Clark, from the University of Glasgow’s School of Engineering, who was the lead author of the paper said, “We call this an artificial tongue because it acts similarly to a human tongue.”

“Like us, it can’t identify the individual chemicals which make coffee taste different to apple juice but it can easily tell the difference between these complex chemical mixtures,” he added.

Clark went on to say that while the team had focused on whisky for its experiment, the tongue could be used to taste “virtually any liquid”, opening up a range of applications.

“In addition to its obvious potential for use in identifying counterfeit alcohols, it could be used in food safety testing, quality control, security – really any area where a portable, reusable method of tasting would be useful,” he explained.

The research was carried out by engineers and chemists from the Universities of Glasgow and Strathclyde.

Nearly 25% of households will ditch traditional TV by 2022
Five apps you’ve never heard of that teens are using to shop
To Top
error: Content is protected !!