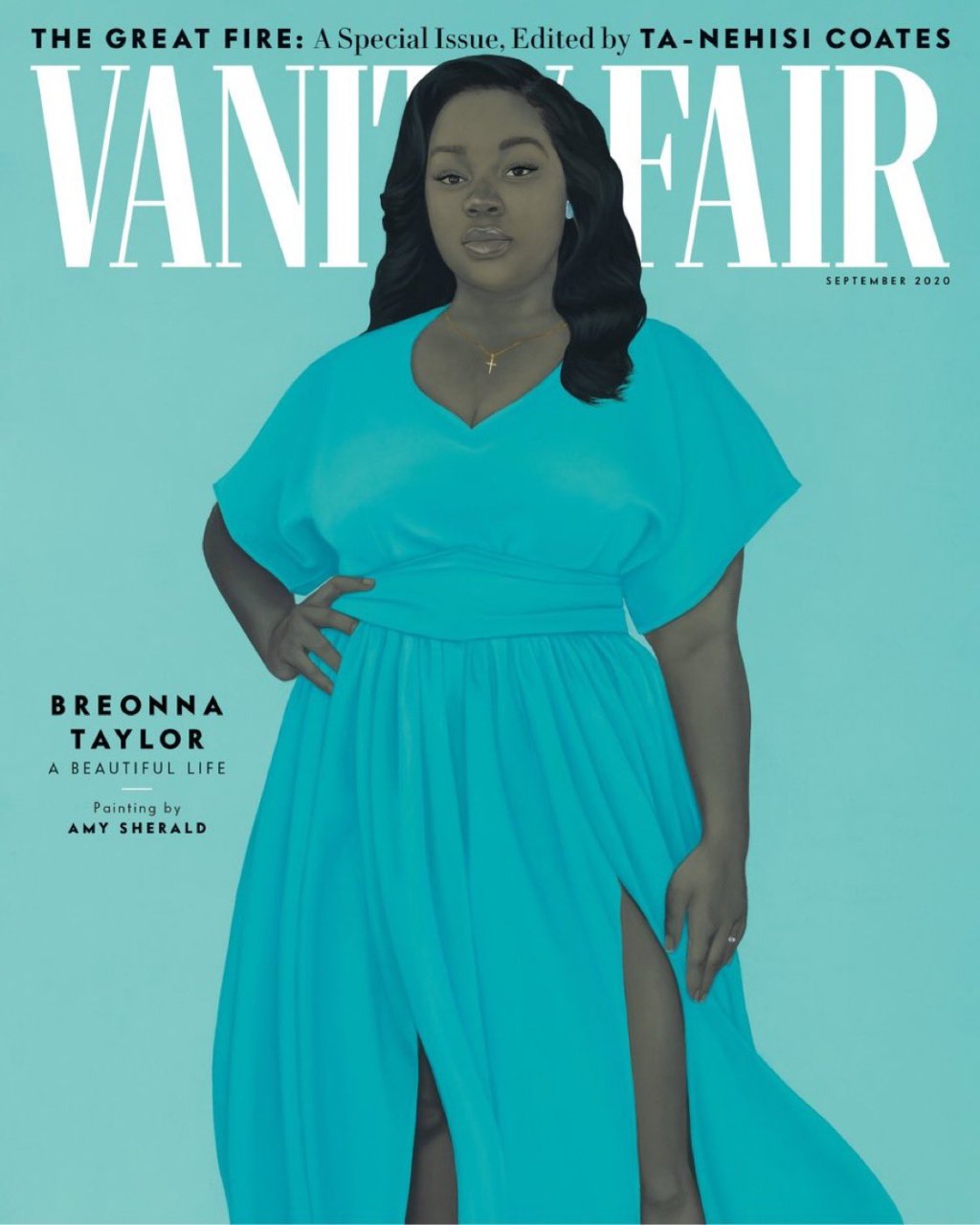 Amy Sherald’s portrait of Breonna Taylor will be jointly acquired the Smithsonian National Museum of African American History and Culture in Washington, D.C., and the Speed Art Museum in Louisville, Kentucky, ensuring that the artwork will reach a wide audience for the years ahead.
“I felt like it should live out in the world,” Sherald told the New York Times, which first reported the news. “I started to think about her hometown and how maybe this painting could be a Balm in Gilead for Louisville.”
Breonna Taylor, a 26-year-old medical worker, was fatally shot in her bed on March 13, 2020 by Louisville police offers who had forced their way into the apartment. Her killing helped galvanize global Black Lives Matter protests last year. Sherald was originally commissioned to paint Taylor for the cover of Vanity Fair’s September issue last year, a special edition focused on activism and guest edited by Ta-Nehisi Coates. It marked Sherald’s second commission, following the official portrait of former first lady Michelle Obama, which brought the artist international recognition.

Sherald told the Times that she did not intend for the portrait of Taylor to disappear into a private collection. The institutions purchased the work with a $1 million donation from the Ford Foundation and the Hearthland Foundation, a new nonprofit dedicated to social justice initiatives run by the actress Kate Capshaw and her husband Steven Spielberg. Sherald will use the proceeds of the sale to establish a program to support the higher education of students interested in social justice.
Sherald, who directly oversaw the sale in in lieu of her gallery, Hauser & Wirth, plans to use the proceeds to launch a program to support the higher education of students interested in social justice.
The artwork will be featured in the Speed’s upcoming exhibition about Breonna Taylor, “Promise, Witness, Remembrance,” which opens on April 7. The show was organized by Allison Glenn, associate curator at the Crystal Bridges Museum of American Art in Bentonville, Arkansas, in consultation with Taylor’s family and an advisory board including Sherald, Theaster Gates, and Hank Willis Thomas. Also featured will be works by artists including Sam Gilliam, Lorna Simpson, Kerry James Marshall, and Glenn Ligon. After its exhibition at the Speed, it will go on view at the NMAAHC later this year.

“The killing of Breonna Taylor and a year of protests have really changed the course of Louisville, and we’re struggling,” Stephen Reily, the Speed’s director, told the Times. “Our goal and ambition is to use the work of great artists to help process what we’ve been through and collectively find a way forward.”