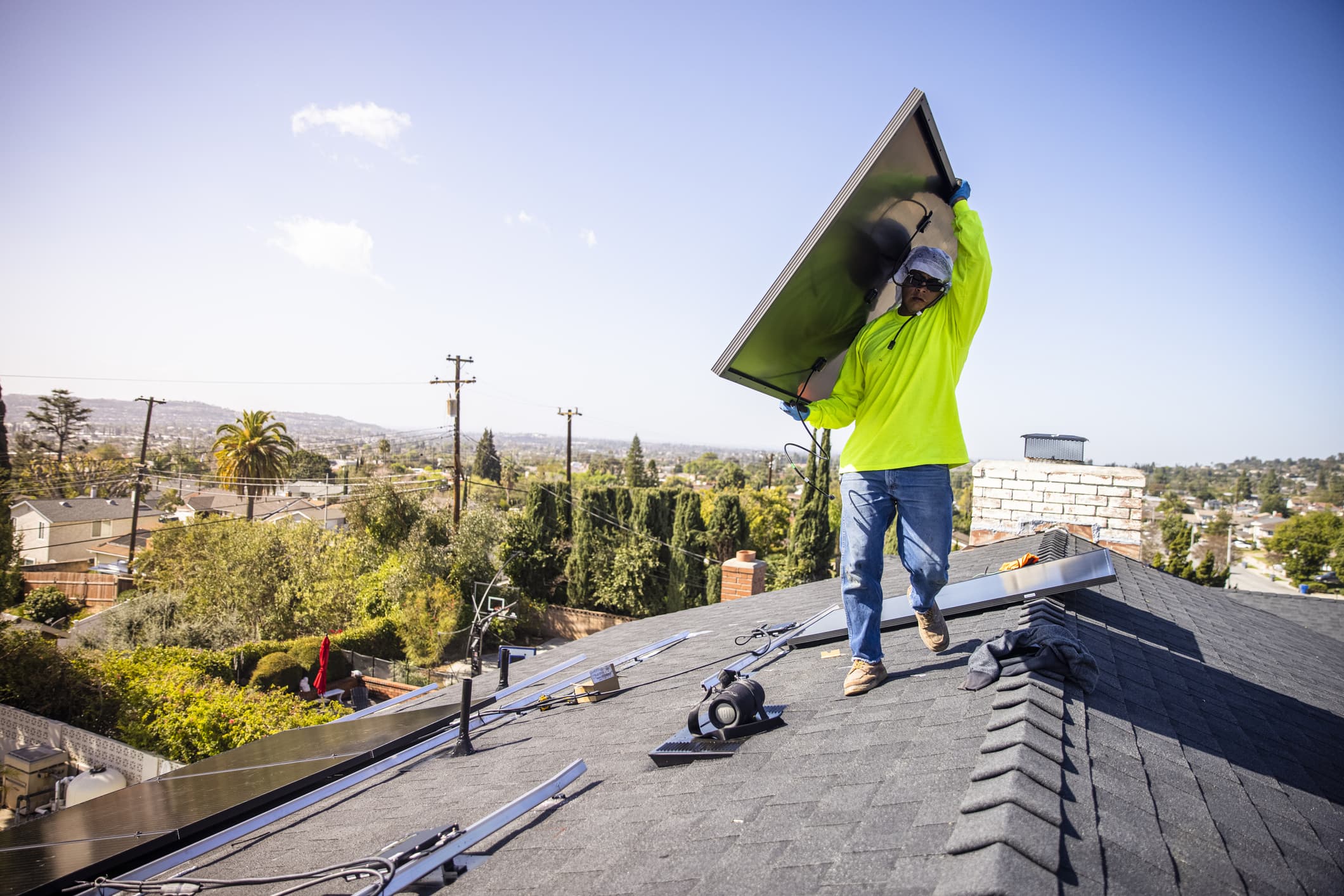 This image shows a team of workers installing solar panels on a home in California.adamkaz | E+ | Getty ImagesMore than 231,000 workers were employed by America’s solar industry last year, according to a new report published Thursday, representing a 6.7% decline compared to the year before.Released by the Solar Energy Industries Association, the Interstate Renewable Energy Council, The Solar Foundation, and BW Research, the National Solar Jobs Census 2020 tallied workers who spend “50% or more of their time working on solar related activities.”According to the report, the coronavirus pandemic “was largely responsible for the job decline.” Companies, it added, had “yet to fully recover from spring 2020 work stoppages and the ensuing economic recession.”Although the sector reported job losses, solar installations hit a record 19.2 gigawatts in 2020, with labor productivity jumping by 32% in the utility-scale segment, 19% in the residential segment and 2% in the non-residential segment. Elsewhere, the census found employment related to installation and construction accounted for 67% of all jobs within the sector.The report comes against the backdrop of the U.S. targeting “100 percent carbon pollution-free electricity” by the year 2035 and the Biden administration’s $2 trillion American Jobs Plan. The president has claimed the latter “will lead to a transformational progress in our effort to tackle climate change with American jobs and American ingenuity.” Citing analysis from the SEIA, those behind Thursday’s report said the solar industry would have to hit over 900,000 workers in order to meet the United States’ 2035 target.As countries around the world attempt to reduce emissions and meet the goals of the Paris Agreement on climate change — a huge task with a number of significant challenges — job numbers in renewable energy may be set for a significant increase over the next few years.Indeed, in March the Biden administration announced plans to expand U.S. offshore wind capacity to 30 gigawatts by 2030.In a statement at the time, the White House said meeting its new goal for offshore wind would trigger in excess of $12 billion a year in capital investment, lead to more than 44,000 jobs in the offshore wind sector by 2030, and support 33,000 other roles connected to the industry.Worldwide, the Global Wind Energy Council says the expansion of the wind energy industry could create 3.3 million jobs in the next five years.According to the Brussels-based industry body, the projection includes direct roles in onshore and offshore wind as well as jobs across the sector’s value chain.The latter comprises jobs in areas such as installation, manufacturing, project planning and development, operation and maintenance and decommissioning.

Hilton CEO: Business travel is back to about 50% of pre-Covid levels, but some markets are stronger
Peloton delays May launch of its less expensive treadmill in the U.S. to add safety features
To Top
error: Content is protected !!