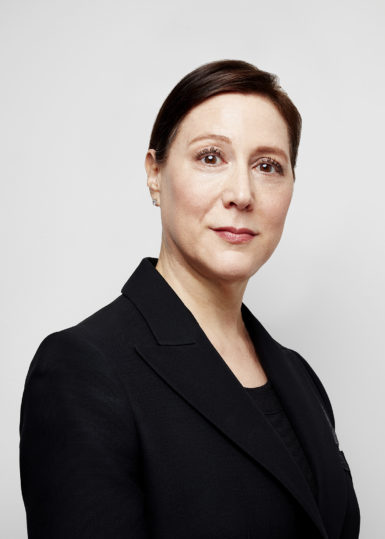 As it continues on a quest to bolster its share of the global art market, Phillips has added a choice arrow to its quiver, with the hiring of American art specialist Elizabeth Goldberg. The house’s CEO, Edward Dolman, lured her away from a plum job at auction rival Sotheby’s for the post.

Goldberg, who will become senior international specialist in American art and deputy chairman for the Americas in July, has built a formidable reputation in recent years with a string of significant sales at Sotheby’s in New York—among them Norman Rockwell’s 1951 painting Saying Grace, which went for an artist record of $46 million in December 2013, and Georgia O’Keeffe’s Jimson Weed/White Flower No. 1 (1932), which commanded $44.4 million in November 2014. The latter set a world record for a work by a woman artist at auction, a title it maintains to this day.

ARTnews caught up with Goldberg on the eve of the public announcement of her move to talk about the current state of the market for American art.

“As with other auction house categories, the market for American art has changed rather dramatically over the past 15 years, becoming highly selective at the high end with quality being key, ” Goldberg said. “Given this trend, there are certain artists who have emerged as having the power to hang alongside other titans of the twentieth century—not only Rockwell and O’Keeffe, but also such figures as Edward Hopper and Milton Avery. Given the broader-based marketing at Phillips, one has the ability to underscore this point with an opportunity to present an Avery with a [Mark] Rothko or Alex Katz; a Rockwell with an [Andy] Warhol or even Picasso; and O’Keeffe with Henry Moore and Agnes Martin.”

Asked what prompted her move after two decades at Sotheby’s, Goldberg said, “Who would pass up the chance to work with a seasoned and expert team at such a nimble, dynamic, and creative firm? It’s a perfect melding of the old and new when it comes to the auction business.”

Dolman told ARTnews, “Over the past two years, we have been moving deeper into the 20th century, expanding our offerings of modern and postwar art. American art is a perfect complement to this strategy and there is no one with greater expertise than Elizabeth to build our presence in this category.”

While based in New York, Goldberg is expected to be spending quite a bit of time in London developing relationships with clients and collectors in Europe.