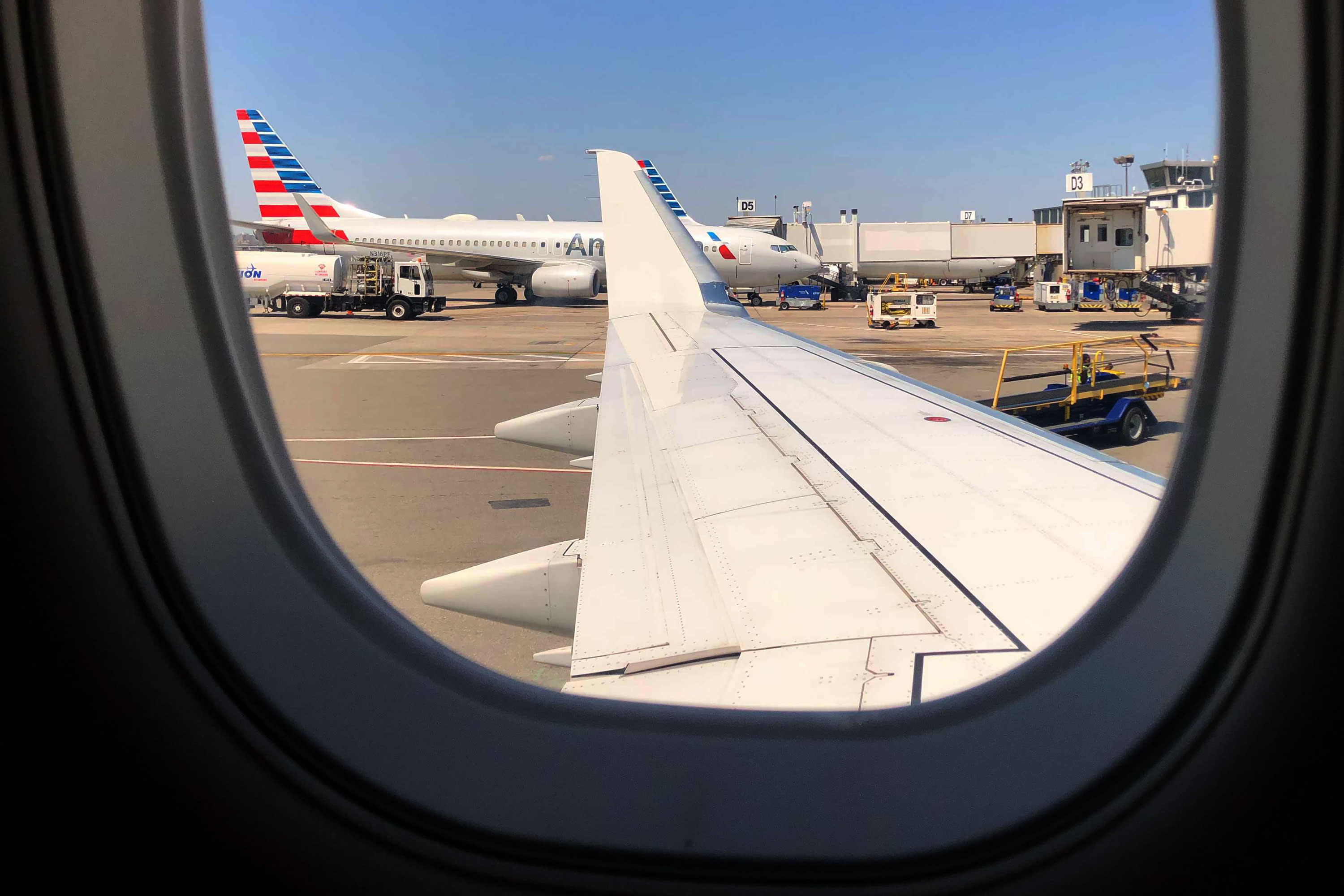 American Airlines planes at LaGuardia AirportLeslie Josephs | CNBCAmerican Airlines said it canceled hundreds of flights this weekend due to staffing shortages, maintenance and other issues, challenges facing the carrier as travel demand surges toward pre-pandemic levels.About 6% of the airline’s mainline schedule, or 180 flights, were canceled on Sunday, according to flight-tracking site FlightAware. The airline said that equaled about 3% of its total flights, including those operated by regional carriers. About half of those were because of unavailable flight crews, showed a company list, which was viewed by CNBC. On Saturday, about 4%, or 123 flights, were canceled, the site showed.American said it is trimming its overall schedule by about 1% through mid-July to help ease some of the disruptions, some of which it said resulted from bad weather at its Charlotte and Dallas/Fort Worth International Airport hubs during the first half of June.”The bad weather, combined with the labor shortages some of our vendors are contending with and the incredibly quick ramp up of customer demand, has led us to build in additional resilience and certainty to our operation by adjusting a fraction of our scheduled flying through mid-July,” said American Airlines spokeswoman Sarah Jantz in a statement. “We made targeted changes with the goal of impacting the fewest number of customers by adjusting flights in markets where we have multiple options for re-accommodation.”Bad weather has impacted flight crews’ ability to get to assigned flights and bad weather can mean that crews can fall outside of the hours they are federally allowed to work, the spokeswoman said.Dennis Tajer, spokesman for the Allied Pilots Association, which represents American’s roughly 15,000 pilots, said the company should offer more overtime in advance to encourage staff to fill in as well as more flexibility in pilots’ schedules to cover staffing shortages.”They’re trying to put a Band-Aid on something that needs stitches,” said Tajer, who is also a Boeing 737 captain.American is also racing to train all of the pilots it furloughed in between two federal aid packages that prohibited layoffs as well as its aviators who are due for periodic recurrent training. Jantz said American is on track to finish training furloughed pilots by the end of this month and added the company is offering overtime because of its operational issues.Delta Air Lines canceled more than 300 flights last Thanksgiving weekend and scores of others during Christmas during a pilot shortage.The weekend’s disruptions, reported earlier by the View from the Wing airline blog, come just as carriers are trying to capture a surge in travel demand and stem record losses. American said in a filing earlier this month that it expects its second-quarter capacity to be down 20% to 25% from 2019, while United Airlines said it expects its capacity to be down about 46% and Delta forecast a 32% decline versus 2019. Meanwhile, Southwest Airlines forecast its July capacity to be off just 3% from 2019, down from a 7% decline this month.

The right way for brands to approach Pride month (and all year round)
Salad chain Sweetgreen reportedly files for initial public offering
To Top
error: Content is protected !!