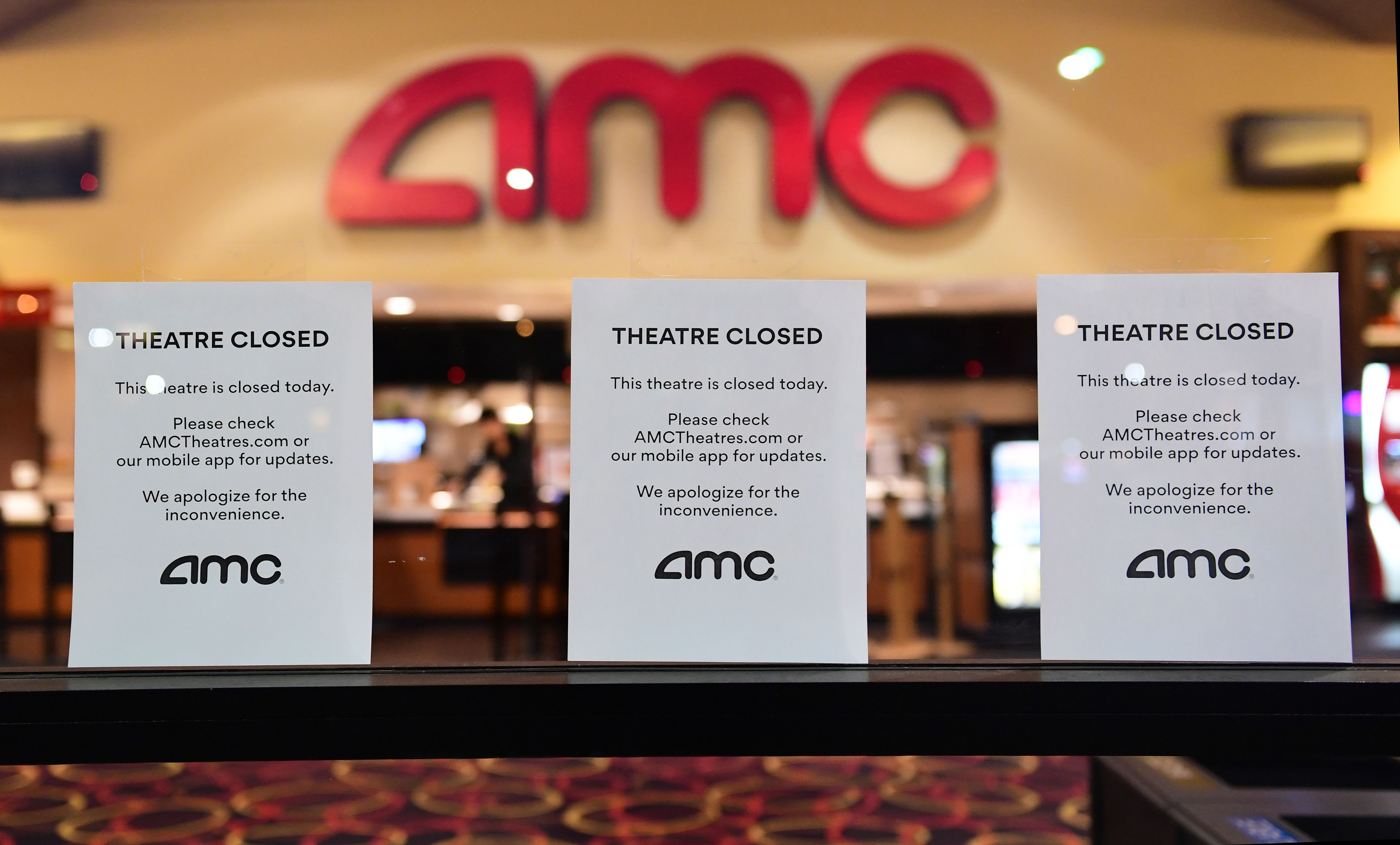 “Theater Closed” signs are posted in front of the AMC Montebello, as the US chain of AMC movie theaters closes for 6 to 12 weeks, On March 17, 2020 in Montebello, California, as the coronavirus (covid-19) epidemic leads to restaurant and school closures and workers working from home in an effort to encourage social distancing.Frederic J. Brown | AFP | Getty ImagesThe world’s largest movie theater chain said Wednesday it has “substantial doubt” it can remain in business after shuttering all of its locations during the coronavirus pandemic.In April, AMC Theaters said a new debt offering would allow the company to withstand these closures until a partial reopening ahead of Thanksgiving. However, in a filing with the Securities and Exchange Commission the company disclosed concerns about liquidity, its ability to generate revenue and the timeline of reopening its theaters.In that filing, AMC released preliminary earnings results. The theater chain expects to have lost $2.1 billion to $2.4 billion in the first quarter ended March 31. It will release its earnings on Tuesday.AMC also revealed that its revenue had fallen to $941.5 million, a nearly 22% drop from the $1.2 billion it garnered in the same quarter last year. The second quarter is expected to be even worse.”We are generating effectively no revenue,” the company said in its filing.As of April 30, the company said that it had a cash balance of $718.3 million.Despite the announcement, AMC’s stock was trading higher Wednesday, recently up nearly 5%, likely the result of the company restructuring its debt, Wedbush analyst Michael Pachter said.”Even though the rate is much higher (12% vs. an average of around 6%), it provides liquidity and buys them some time,” he said.AMC had previously sought to conserve cash by furloughing its in-theater employees, halting its operations through June and suspending its dividend payments and share repurchases. The company also has been working with landlords to defer rent payments and has cut the salaries of its corporate level employees.However, as it seeks to reopen its theaters this summer, it has had to ramp up its cash spending. While AMC believes it has enough of a cash reserve to resume operations this summer, or perhaps a little later, its liquidity after that point remains in question.”We cannot assure you that our assumptions used to estimate our liquidity requirements will be correct because we have never previously experienced a complete cessation of our operations, and as a consequence, our ability to be predictive is uncertain,” the company said. “If we do not recommence operations within our estimated timeline, we will require additional capital and may also require additional financing if, for example, our operations do not generate the expected revenues or a recurrence of COVID-19 were to cause another suspension of operations.””Due to these factors, substantial doubt exists about our ability to continue as a going concern for a reasonable period of time,” it said.AMC said distributors may continue to push back new film releases either due to coronavirus restrictions on public gatherings or because of production delays. Then there is the possibility that some studios will begin offering audiences more movies on-demand or through streaming.AMC had a public dispute with Universal in April over distributors’ decision to release “Trolls World Tour” in theaters and on-demand on the same day. After taking a victory lap in the press over the digital success of “Trolls World Tour,” NBCUniversal CEO Jeff Shell suggested the studio could start to do more simultaneous releases, even after theaters reopen. That statement led AMC to say it would no longer showcase Universal films in its theaters.Wedbush’s Pachter said the market appears to be pricing in the expectation that AMC could return to normal pretty quickly once it does open. Although, Pachter himself is skeptical. “I think that they may be able to attract under 30-year-olds (around 40% of ticket sales), but they’re going to struggle mightily to attract over 50-year-olds (around 40% of ticket sales), so we really need to see if they can be profitable with 50% or less of ticket sales,” he said.Cinemark, a rival theater group, has said that it can turn a profit even if attendance is as low as 10%. After all, outside of the weekend, occupancy levels in its theaters range from 20% to 30%. It is unclear what percentage of attendance AMC would need to achieve in order to remain profitable.Movie theater stocks sold off heavily during the coronavirus pandemic but have been recovering some of those losses. AMC shares remain down more than 19% since the start of the year, while Cinemark shares have shed nearly 53% over the same period of time. AMC has a market value of $621.3 million, while Cinemark is valued at $1.9 billion. Disclosure: Comcast is the parent company of NBCUniversal and CNBC.