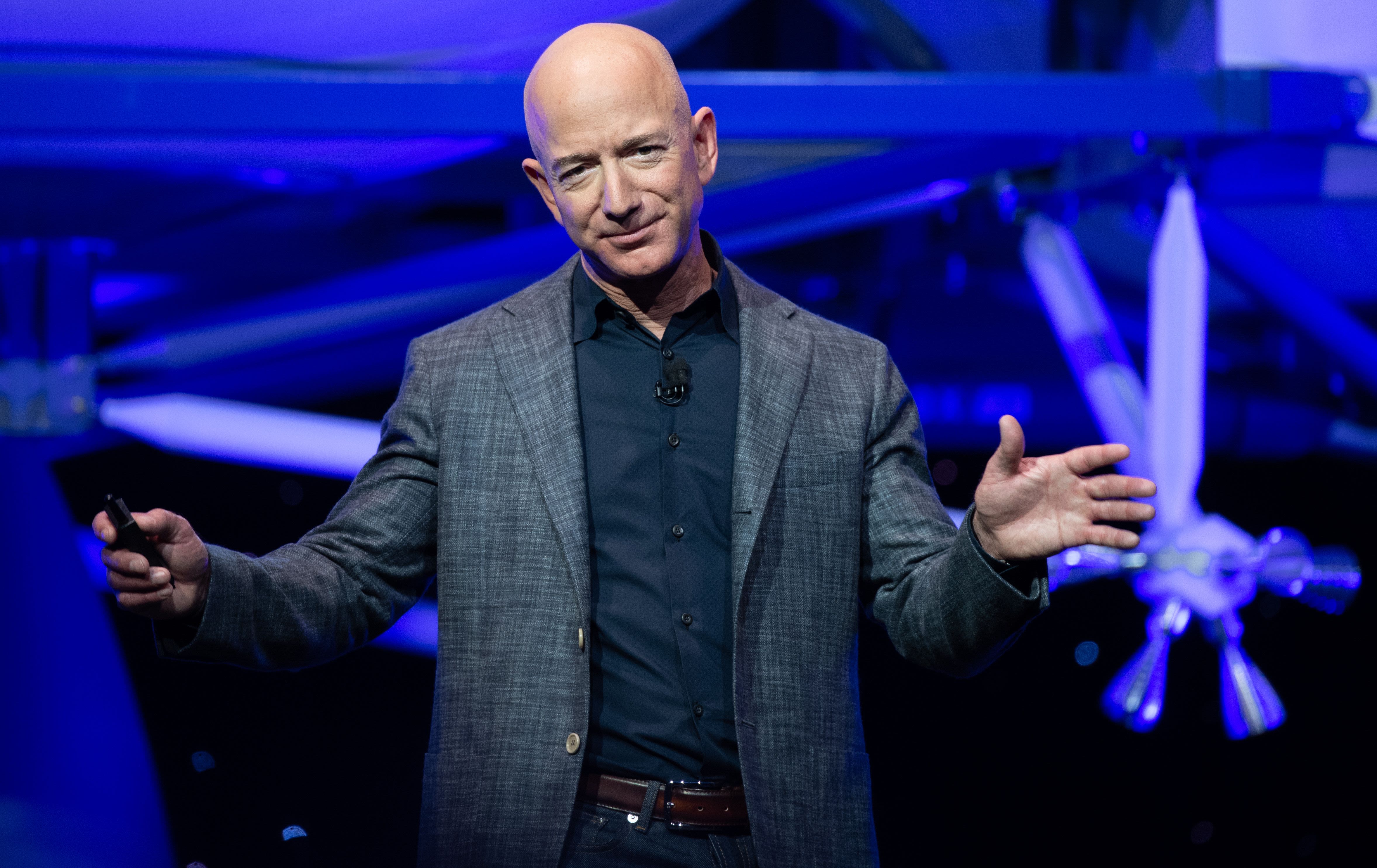 Jeff Bezos announces Blue Moon, a lunar landing vehicle for the Moon, during a Blue Origin event in Washington, DC, May 9, 2019.

Amazon said Monday that it would contribute as much as $10,000 if employees want to leave the company and form new U.S. start-ups centered on delivering packages. Amazon said it would also pay these people the equivalent of three months of their most recent gross salaries when they were working for the company.

The offering follows the company’s previous efforts to discourage its workers from staying if they don’t want to stay. CEO Jeff Bezos talked about the company’s “Pay to Quit” program in a shareholder letter five years ago, and now the company is going further.

“We want people working at Amazon who want to be here,” an Amazon spokesperson told CNBC’s Make It last year.

The program also lines up with Amazon’s efforts to open up new delivery options. Last year it established the Delivery Service Partners initiative — which sought to have independent business owners put the Amazon Prime logo on delivery vans — even as it continues working with FedEx and UPS.

“Since the launch of the Delivery Service Partner program in June 2018, Amazon has enabled the creation of more than 200 new small businesses that have hired thousands of local drivers to deliver packages to Amazon customers,” Amazon said in Monday’s statement. “This year, the company plans to add hundreds more new businesses, starting with employees-turned-business-owners. Additionally, this program offering has expanded to employees in the UK and Spain.”

Amazon stock was down as much as 3.8% during Monday’s trading session, which was impacted by U.S.-China tariff concerns.

Why is Apple so vulnerable to a trade war with China?
Bleacher Report going all in on sports gambling
To Top
error: Content is protected !!