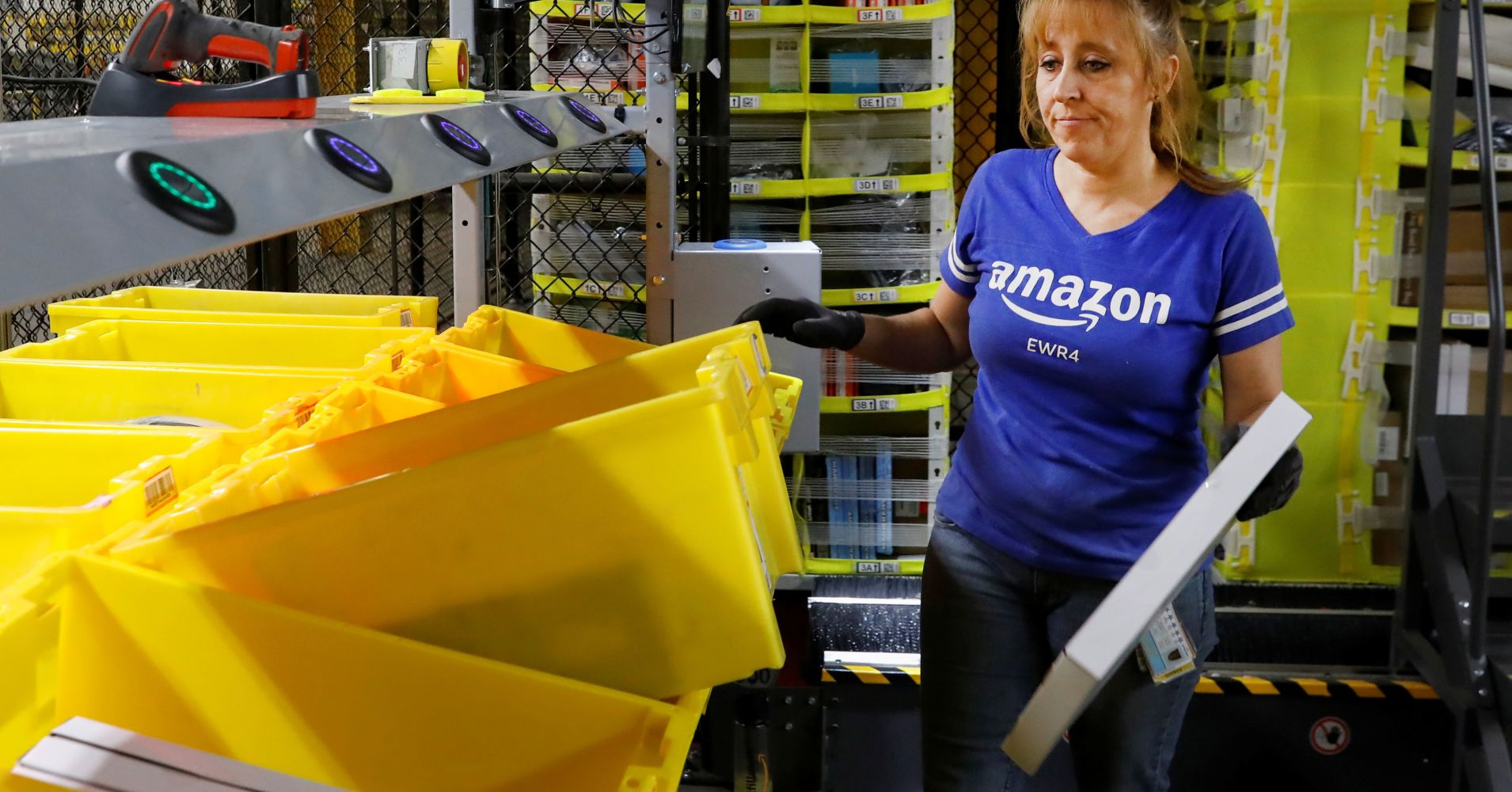 Companies began making headlines for employee pay raises after President Donald Trump’s tax reform bill slashed tax rates for corporations. Walmart was the first retail giant to make such an announcement. The retailer said early last year that it would increase its starting wage rate to $11 per hour and expand maternity and parental leave benefits. Eligible employees also received a one-time cash bonus. Walmart has said its average workers earns $17.55 an hour with wages and benefits.

Starbucks also used some of its savings from the tax bill to up employee pay, give additional stock grants and expand its paid sick and parental leave policies. The world’s biggest coffee chain has a reputation for giving its employees better pay and benefits than other restaurant chains.

Months later, Amazon raised its minimum wage for all U.S. employees to $15 an hour. The company had been under fire from critics like Sen. Bernie Sanders for the pay disparity between Bezos, the world’s richest man, and its workers. The announcement also came just before the holiday season when the e-commerce giant is hiring thousands of seasonal employees.

Meanwhile, outside of Starbucks, most large restaurant chains have just stuck to following local laws when it comes to minimum hourly wages. Razor-thin profit margins make it difficult for restaurant operators to balance higher labor costs without raising prices or cutting jobs.

McDonald’s recently told the National Restaurant Association that it would no longer lobby against raising the minimum wage.

“The conversation about wages is an important one; it’s one we wish to advance, not impede,” Genna Gent, McDonald’s vice president of U.S. government relations, wrote in a letter to the industry group.

Rather than raising wages, a growing number of restaurants have turned instead to providing better benefits than just a free meal.

Such programs are aimed at improving worker retention. The restaurant industry has one of the worst employee retention rates. In 2018, 74.9% of industry workers left their jobs, according to the Bureau of Labor Statistics. During the same year, the retail industry recorded a turnover rate of 58.3%.

A recent survey from Harri, a workplace management software company that works with restaurants, surveyed 173 restaurants between Feb. 28 and March 15 about the impact of raising the minimum wage. The survey found that 83% had been affected by a minimum wage hike and said it boosted their labor costs by at least three percent. After the increase, 23% didn’t make any changes to their business, but the majority did. Seventy-one percent said they raised menu prices and nearly half revamped their menu choices to cut costs.

PagerDuty pops more than 50% in debut as tech IPO market heats up
Wynn Resorts takes tough stance as it defends its Massachusetts license
To Top
error: Content is protected !!