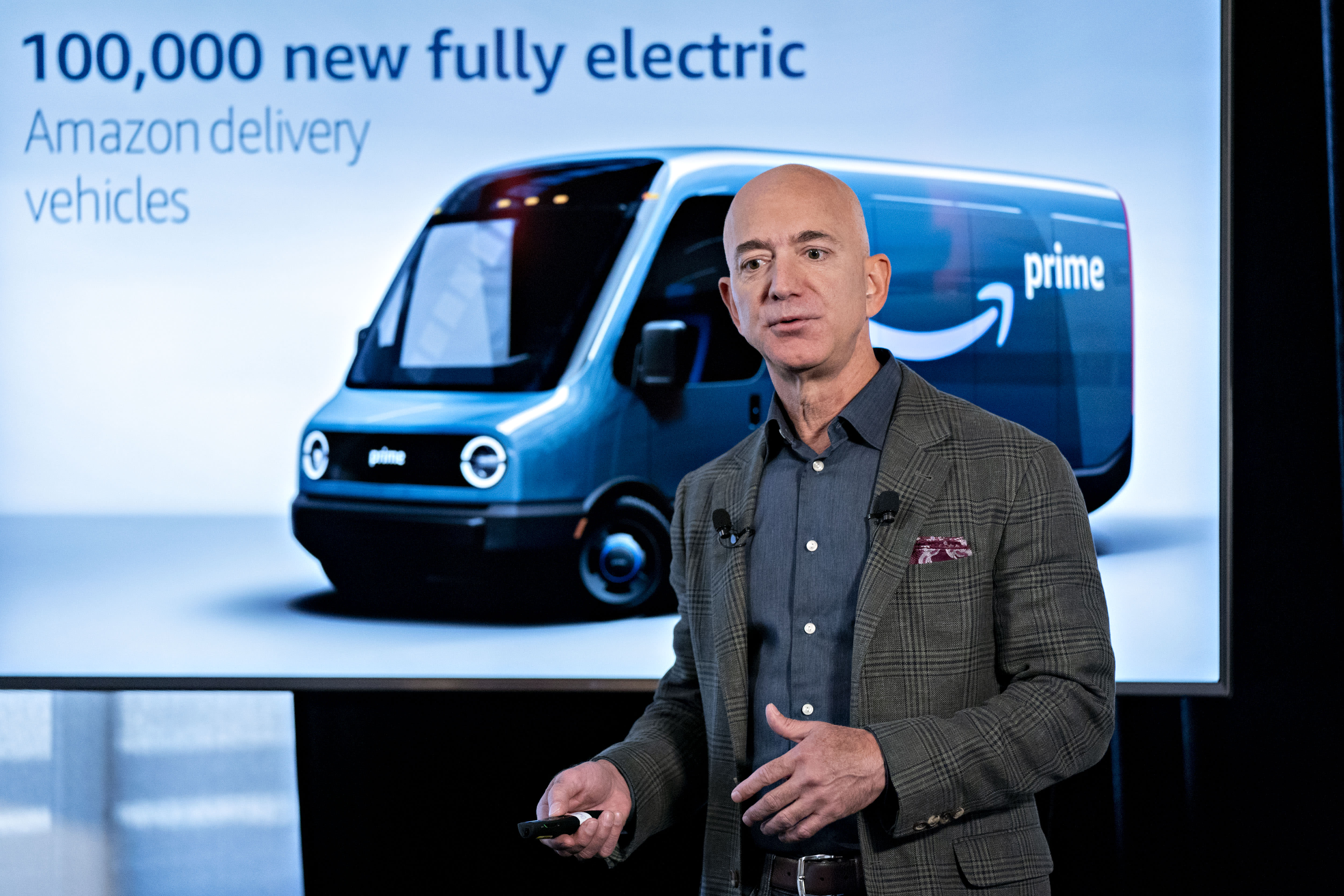 Jeff Bezos, founder and chief executive officer of Amazon.com Inc., speaks at the National Press Club in Washington, D.C., on Thursday, Sept. 19, 2019.Andrew Harrer | Bloomberg | Getty ImagesCEO Jeff Bezos said Thursday that Amazon has ordered 100,000 electric delivery vehicles from start-up Rivian Automotive in a push to make the company’s fleet run entirely on renewable energy.The order, which was confirmed via tweet by David Clark, Amazon’s senior vice president of operations, is the largest order for electric delivery vehicles to date.”[We] will have prototypes on the road next year, but 100,000 deployed by 2024,” Bezos said during comments at the National Press Club in Washington, D.C. “So a lot of these things, we don’t have magic crystal balls to look into the future, but those are a pretty good timeline.”Amazon’s purchase comes as part of its plan to convert its delivery fleet to 100% renewable energy by 2030. The e-commerce retailer already runs 40% of its fleet on renewable energy.Despite the massive scale of the order, the electric truck maker said it won’t impact its other production plans.The company is set to deliver its R1T pickup and R1S SUV at the end of 2020 as planned, said Rivian spokeswoman Amy Mast.”For Amazon, the first vehicles will be making deliveries by 2021, with 10,000 vehicles on the road by late 2022,” she said.Amazon and Ford are among the investors in the EV startup focused on pickups and electric trucks.

American Airlines cancels more flights than other US carriers in July
McLaren Racing CEO on challenges amid Brexit, trade tensions
To Top
error: Content is protected !!