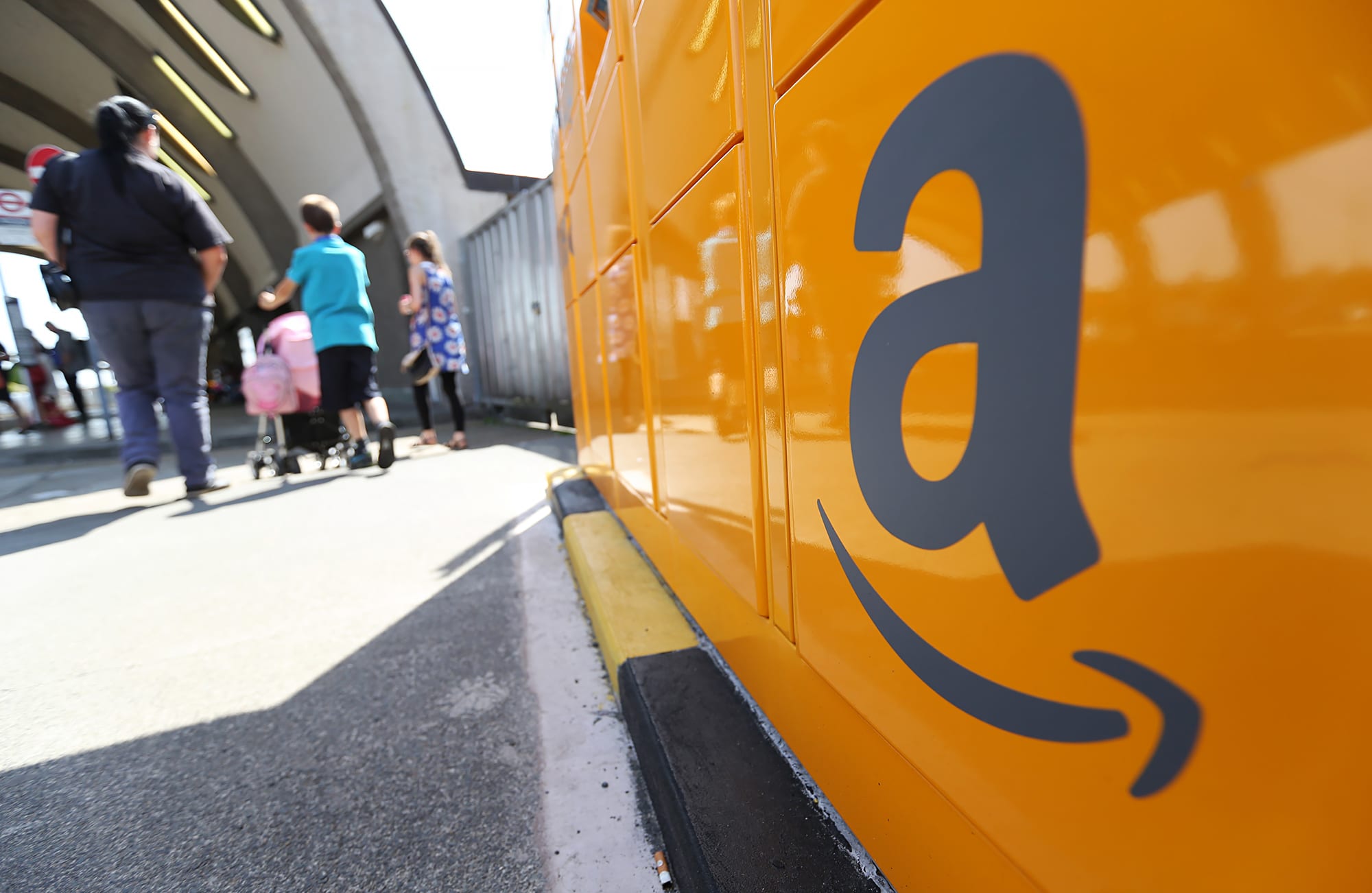 The Amazon logo on a pickup and collect locker at Newbury Park railway station in London.Chris Ratcliffe | Bloomberg | Getty ImagesAmazon will soon integrate another step of the e-commerce pipeline after the construction of an in-house fleet of carbon-neutral delivery trucks on par with established players like UPS and the U.S. Postal Service.Though it could take years bring to full operation, the Amazon armada of delivery trucks will ultimately prove a smart long-term investment, improving the company’s profits while also cutting millions of metric tons of carbon emissions per year, according to Bank of America.”We note AMZN’s 100k trucks would be comparable to UPS’ reported 123k package cars & vans,” BofA analyst Justin Post wrote Friday. “We think this announcement, along with aircraft leases and shipping facility investment … strongly signal AMZN’s intentions to build out shipping capabilities similar to leading shipping companies.”Post’s note on Amazon comes a day after the company’s CEO and founder, Jeff Bezos, unveiled an ambitious plan to tackle climate change and committed the seller to meeting the goals of the Paris Agreement 10 years early. As part of those plans, Amazon said it would buy a fleet of electric vans to start delivering packages to customers in 2021, with 10,000 of the new vehicles operating by 2022 and all 100,000 operating by 2030.Bezos added that the seller of everything from textbooks to lawnmowers will report its emissions metrics on a regular basis and introduce decarbonization strategies. Amazon expects 80% of its energy use to come from renewable energy sources by 2024, up from a current rate of 40%, before transition to zero emissions by 2030.The Bank of America analyst added that Amazon’s climate goals only add to his conviction that investors should buy the stock and wrote that he thinks its equity could rally 29% over the next 12 months to $2,350 from Thursday’s close of $1,821.”We remain constructive on Amazon’s ambitions to build out its own delivery infrastructure capabilities (less dependency on USPS and other partners), and the potential benefit from prime 1-day shipping on units and sales in 2H’19,” Post wrote.

As Dress Barn and Chico’s shutter stores, here’s where women are shopping instead
JC Penney prepping for debt talks ahead of the holiday season, Bloomberg says
To Top
error: Content is protected !!