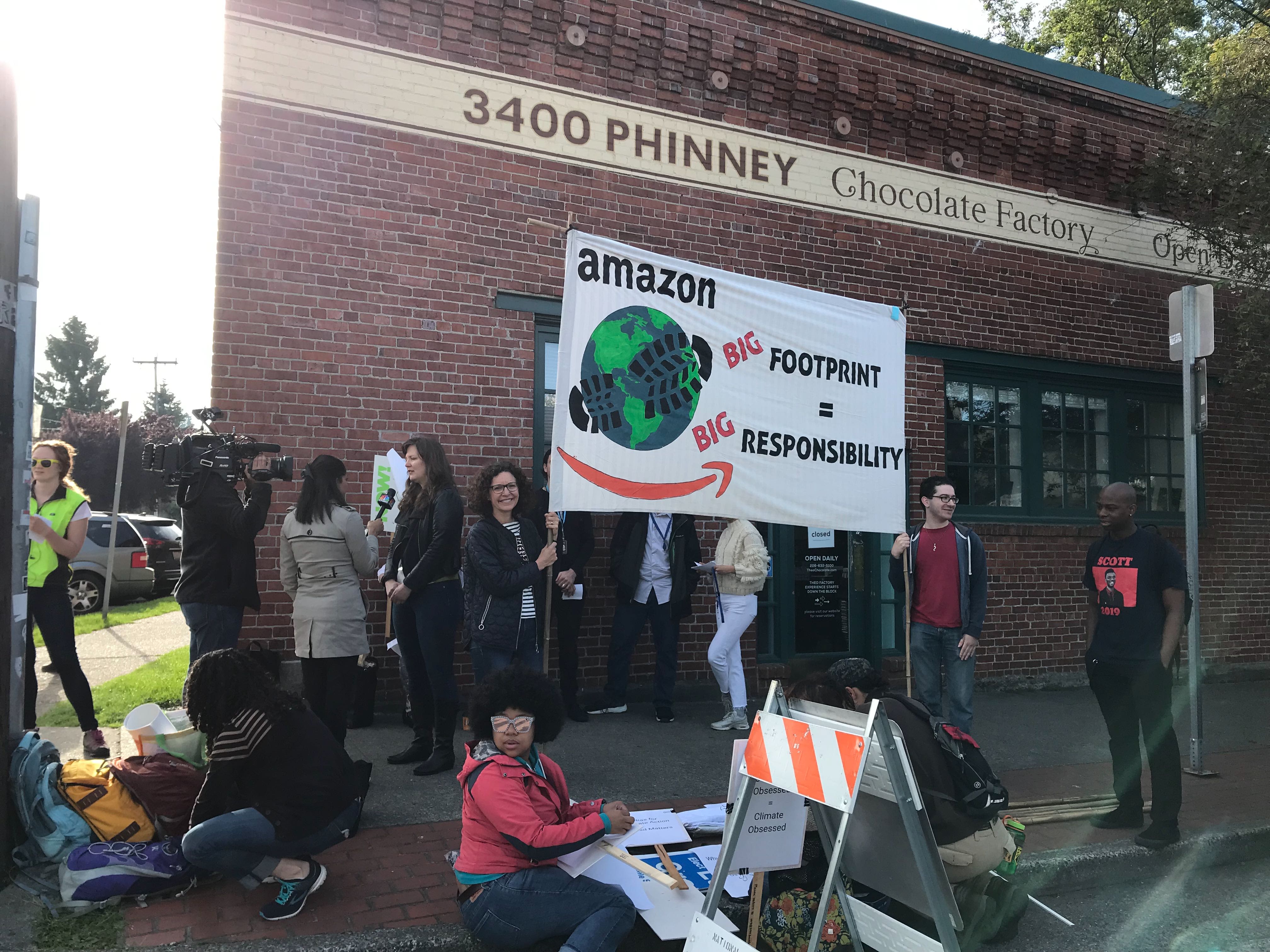 Amazon’s annual shareholder meeting on Thursday turned hostile as shareholders demanded change on a number of issues, ranging from renewable energy use to equal pay.

Dozens of shareholders, including current employees, joined the meeting in Seattle, presenting their case over 12 different proposals. They included demands that the company take action on climate change through energy use, as well as improving diversity and pay inequality in its workforce. Two of the resolutions asked for Amazon to stop the sale of its facial recognition software to government agencies, which they say raises concerns of racial bias and discrimination.

While large companies often face dissent among investors at their annual meetings, Amazon is in a particularly sensitive spot because of its growing size, influence and CEO Jeff Bezos’s incredible wealth – he passed Bill Gates in 2017 to become the world’s richest person. Amazon is facing pressure among policymakers, regulators and activists for how it pays and treats warehouse workers, how it collects consumer data and promotes products and how it uses artificial intelligence.

Emily Cunningham, an Amazon employee who led the climate change initiative, asked Bezos to come out on stage to listen to her presentation. Bezos did not appear until later when he took questions from the crowd. Roughly 50 people in the room, however, stood up during her presentation in support of her resolution asking Amazon to reduce its use of fossil fuels.

Shankar Narayan, the ACLU director who called for the ban of Amazon’s facial recognition technology, made his case by showing test results that indicated racial bias and discrimination in the software. He said face surveillance technology is aimed at immigrants and religious minorities and added that Amazon should stop the sale of the software unless the board could prove that it doesn’t harm civil rights.

“Face surveillance alters the balance of power between government and individuals,” he said.

When Bezos later took the stage for a question and answer session, he was asked about Amazon’s climate goals. He said it’s “hard to find an issue more important than climate change.” Kara Hurst, Amazon’s head of worldwide sustainability, said the company will release its carbon footprint “later this year.”

All resolutions were rejected by shareholder votes. The company said a filing of the vote tally will be disclosed on Friday.

Outside the meeting, groups of protesters showed up to call Amazon for a stronger stance on these issues.

WATCH: Bezos says it’s time to go back to the moon