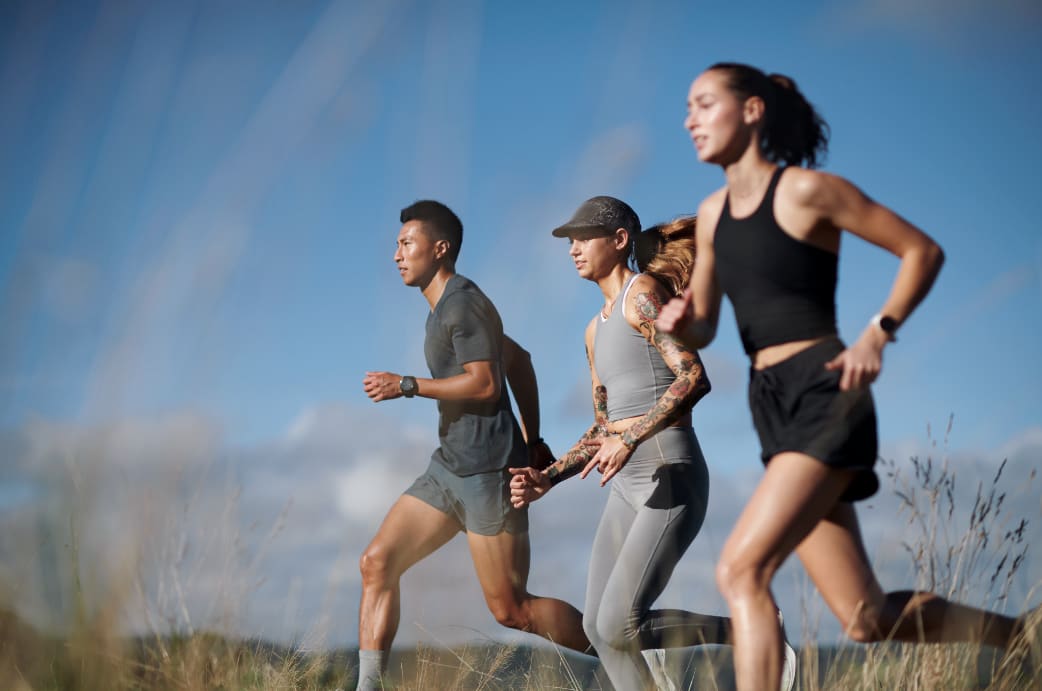 Allbirds’ new activewear line includes high-waisted leggings, biker shorts, and a running tank for women that comes with a built-in bra.Source: Allbirds PRThe sustainable shoe brand Allbirds is debuting a collection of activewear, making it the latest entrant into a hotly competitive category.With Allbirds, reducing carbon emissions and being environmentally friendly is a top priority. The retailer has avoided using polyester, which it says makes up 55% of all clothing and spews 700 million tons of carbon into the atmosphere each year. Instead, Allbirds has created the running clothes with eucalyptus tree fiber and merino wool — two materials that go into its iconic slip-on sneakers.Allbirds said it has worked on the collection for more than two years, with over 70 iterations.The line includes high-waisted leggings for $98 and biker shorts for $68; a running tank with a built-in bra that retails for $68; moisture-wicking tees for $58; and light-weight running shorts for men and women that sell for $68.”For us at Allbirds, the disconnect between what we wear to improve our personal health and its negative impact on the health of our planet seemed like an important space for us to tackle,” co-founder Tim Brown told CNBC. “Running apparel is typically made of synthetic materials, derived from barrels of oil.”Allbirds has committed to slashing its per-product carbon footprint in half by 2025.Brown added that he expects shoppers will use these products for a variety of activities, beyond just running. Many consumers have adapted their wardrobes to include more workout apparel as day-to-day wear. This fashion trend was accelerated by the Covid pandemic.In August 2019, the company made its first venture into apparel, starting with socks. Last October, Allbirds debuted four clothing items, including a shirt made out of discarded crab shell and a wool puffer-jacket designed from New Zealand-sourced merino wool. It has also been expanding its footwear selection to include a running sneaker, high-tops and women’s flats.With its activewear launch, Allbirds positions itself as a closer rival to behemoths Nike, Lululemon and Under Armour. Several other retailers have invested in the category, too. Denim maker Levi Strauss said earlier this month it is acquiring the women’s athleisure line Beyond Yoga. Sperry owner Wolverine Worldwide scooped up Lululemon rival Sweaty Betty for $410 million.Allbirds’ Brown declined to comment on how large the company’s apparel business could grow to, compared with its footwear line.Valued at $1.7 billion, Allbirds is on track for an initial public offering later this year. Bloomberg reported that could happen as soon as next month.Allbirds declined to comment on its looming IPO.

Woman sues Bob Dylan, alleging he sexually abused her in 1965, when she was 12
Walmart earnings top estimates, fueled by strong grocery sales and back-to-school spending
To Top
error: Content is protected !!