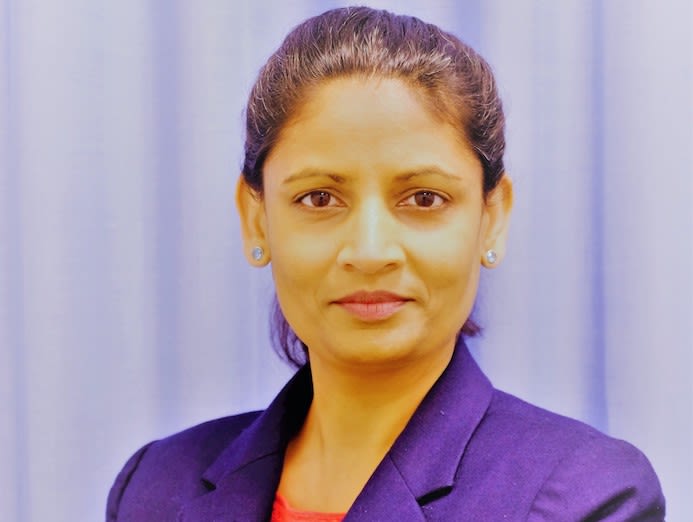 AliveCor, a start-up building smartphone apps and devices that monitor the heart’s rhythm, has a new CEO.

That’s Priya Abani, the general manager and director of Alexa at Amazon. Prior to Amazon, where she worked for over three years on device solutions for the voice solutions, she worked at Intel for almost a decade on the company’s platform engineering group.

In an interview with CNBC, Abani said she was not working in health care while at Amazon, and AliveCor represents her first serious foray into the space.

Amazon is increasingly delving into the $3.5 trillion medical market across a number of different units, including in pharmacy via its acquisition of PillPack, and within Alexa, where it has a team dedicated to health and wellness applications.

Abani said she decided to move into the space after a personal experience.

“After losing a parent last year, I started to think about working in the health care segment,” she said. “The idea of transforming cardiac care was really interesting to me.”

Abani said she first met the AliveCor team via its investor, Vinod Khosla, and that she was most impressed with the company for “striking a chord with both consumers and medical professionals.”

AliveCor, which is backed by Khosla Ventures, Qualcomm and other investors across the health and tech sectors, develops a tiny electrocardiogram sensor that can provides patients with a way to monitor their health. It sells its own devices that integrate with smartphones, and a band that fits neatly onto the Apple Watch.

The company is no stranger to bringing in leadership from the tech world. Its former CEO Vic Gundotra was a top executive at Google. He stepped down from the company earlier this year for personal reasons.

Abani joins at a pivotal time for the company, which was founded in 2011.

As of last year, AliveCor counts Apple among its competitors, as both companies offer a way to use consumer-friendly devices to screen for atrial fibrillation, a heart rhythm abnormality associated with a higher risk of strokes and other potentially fatal health outcomes.

In the wake of Apple’s announcement last year that it would incorporate an electrocardiogram sensor and app into its Apple Watch, AliveCor said it had not hurt the company. In fact, Gundotra reported a jump in sales because of all the attention that Apple brought to the space.

“I’m thrilled,” Gundotra said at the time. “We have a lot less explaining to do.”

Abani said she’s not afraid of fending off larger rivals. She noted that the space is large enough for multiple players, and that AliveCor caters to multiple ecosystems outside of Apple.

Abani starts her new job at AliveCor on Monday.

Juul is exploring plans to open its own US stores