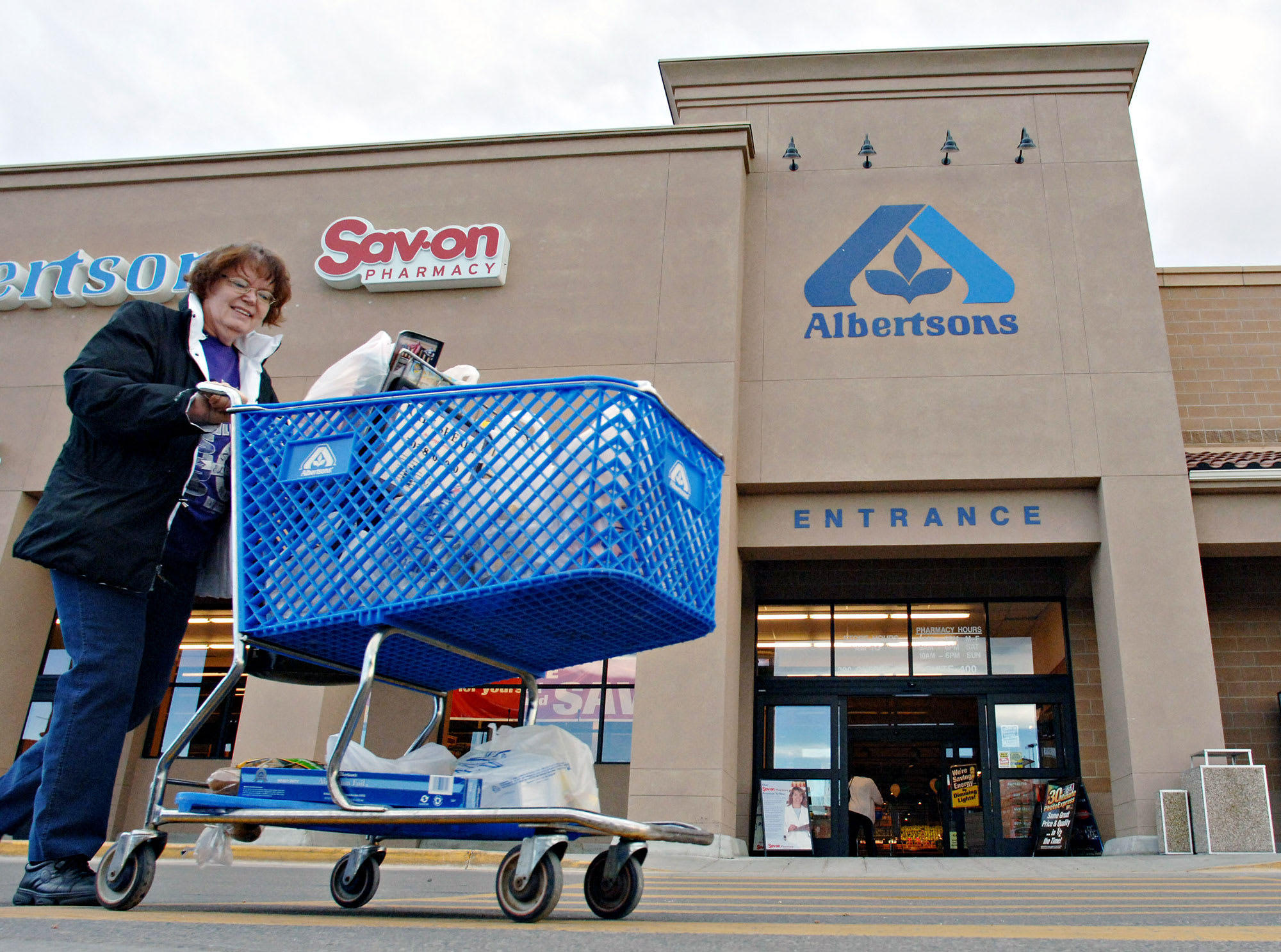 A woman pushes a cart of groceries to her car outside an Albertson’s store in Denver, Colorado.Matthew Staver | Bloomberg | Getty ImagesU.S. supermarket operator Albertsons decided to go ahead with a downsized $800 million initial public offering (IPO) on Thursday, the culmination of multiple attempts by its private equity owner Cerberus Capital Management LP to cash out.Cerberus has been an investor in Albertsons since 2006 and has been trying to take the company public since 2015. The grocer’s anemic growth had faced pushback from IPO investors, as well as shareholders of Rite Aid Corp, the pharmacy chain it tried to merge with two years ago.The COVID-19 pandemic buoyed Albertsons’ fortunes, however, as consumers stocked up on food while staying at home. Albertsons’ sales in March and most of April were up 34% from last year. Yet the scaling back of the IPO on Thursday indicates that some investor skepticism lingers.Below-target pricing may also signal recent robust investor demand for new listings is softening after U.S. stocks fell sharply on Wednesday amid a surge in coronavirus cases in the United States. Wall Street’s main indexes closed higher in choppy trading on Thursday.Rival supermarket chain Kroger Co said last week that the surge in demand for essential goods it saw during the coronavirus outbreak was fading, as American households reconsider their needs.Albertsons said it sold shares in its IPO at $16 a piece, below its $18-$20 target range. This values the company at around $9.3 billion, excluding its $8.5 billion debt pile as of the end of February. The Boise, Idaho-based company also cut the number of shares sold in the IPO to 50 million from 65.8 million.The downsizing of the IPO came after heated discussions between the underwriters and Cerberus, which deliberated whether to walk away from the offering at the last minute, as it did in 2015, a source familiar with the deliberations said.Following the IPO, Cerberus will own around 31.9% of Albertsons, which operates namesake stores as well as U.S. supermarket chain Safeway and grocers Vons and Acme. Last month, buyout firm Apollo Global Management Inc acquired $1.75 billion of convertible preferred shares in Albertsons, representing a 17.5% stake in the company.Albertsons’ shares are due to start trading on the New York Stock Exchange on Friday under the symbol “ACI.” Bank of America Securities, Goldman Sachs, JPMorgan and Citigroup are the lead underwriters on the IPO.