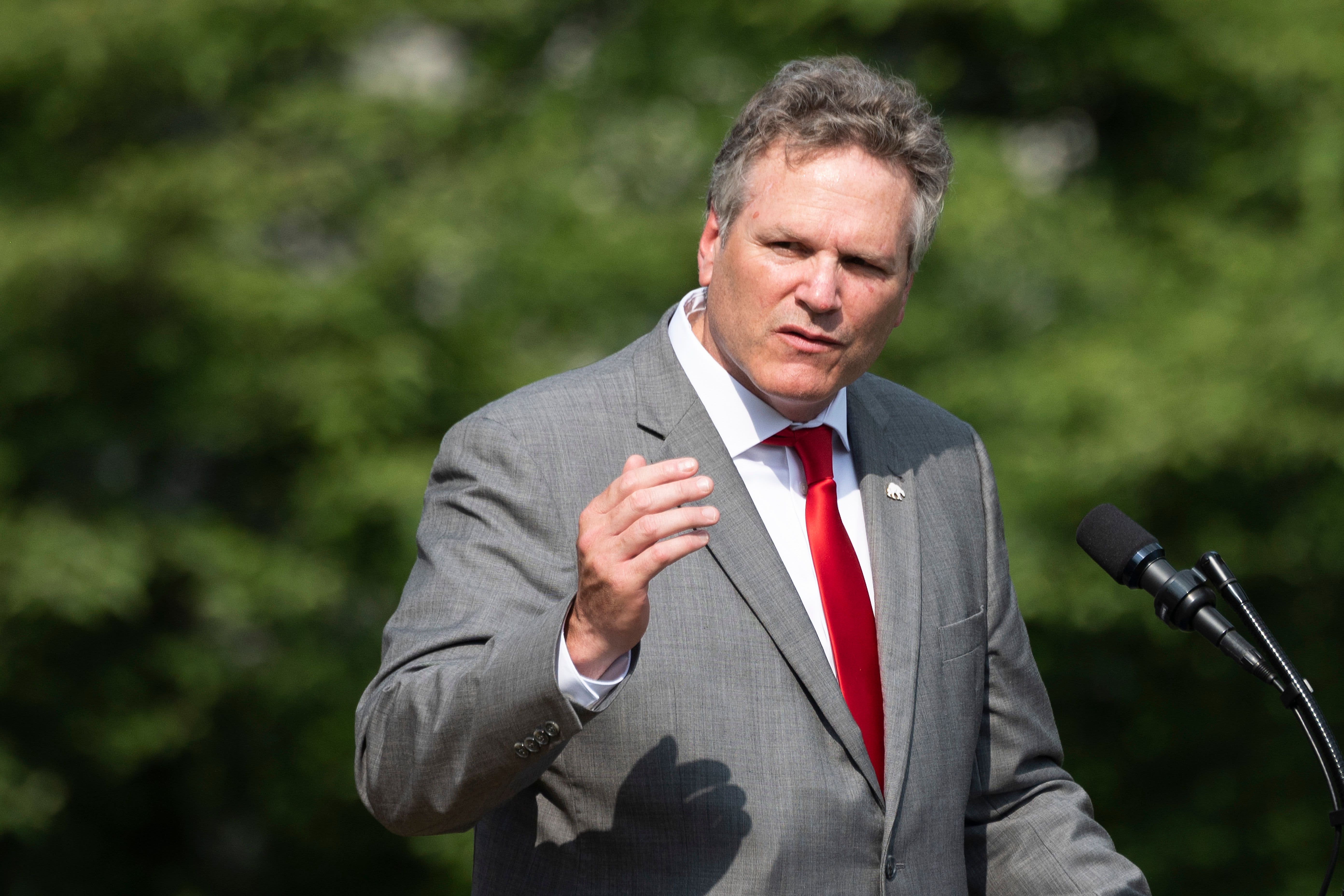 Alaska Governor Mike Dunleavy (R-AK) speaks at the White House in Washington, DC, on July 16, 2020, during an event on Rolling Back Regulations to Help All Americans on the South Lawn at the White House on July 16, 2020 in Washington, DC.Jim Watson | AFP | Getty ImagesAlaska on Tuesday became the first state to make Covid vaccines available to anyone 16 and older who works or lives in the state, effective immediately.”This historic step is yet another nationwide first for Alaska,” Gov. Mike Dunleavy said in a statement, adding he “couldn’t be prouder” of Alaska’s response to the coronavirus pandemic.Alaska’s move comes as other states are rolling out vaccines to higher risk populations like the elderly, frontline workers and those with underlying medical conditions.The state’s health department has reported a cumulative total of 57,304 resident cases, 2,461 non-resident cases and 301 deaths.Alaska began administering shots to health care workers and residents in nursing homes in December before gradually expanding eligibility in phases.The state says it has administered more than 290,000 doses so far with at least 119,000 people fully vaccinated. That means about 23.6% of Alaska’s population has received at least one dose and 16.4% have been fully vaccinated, according to the state’s vaccine dashboard.The governor’s office noted that some regions are already nearing 90% vaccination rates among seniors.”A healthy community means a healthy economy. With widespread vaccinations available to all Alaskans who live or work here, we will no doubt see our economy grow and our businesses thrive,” Dunleavy said.