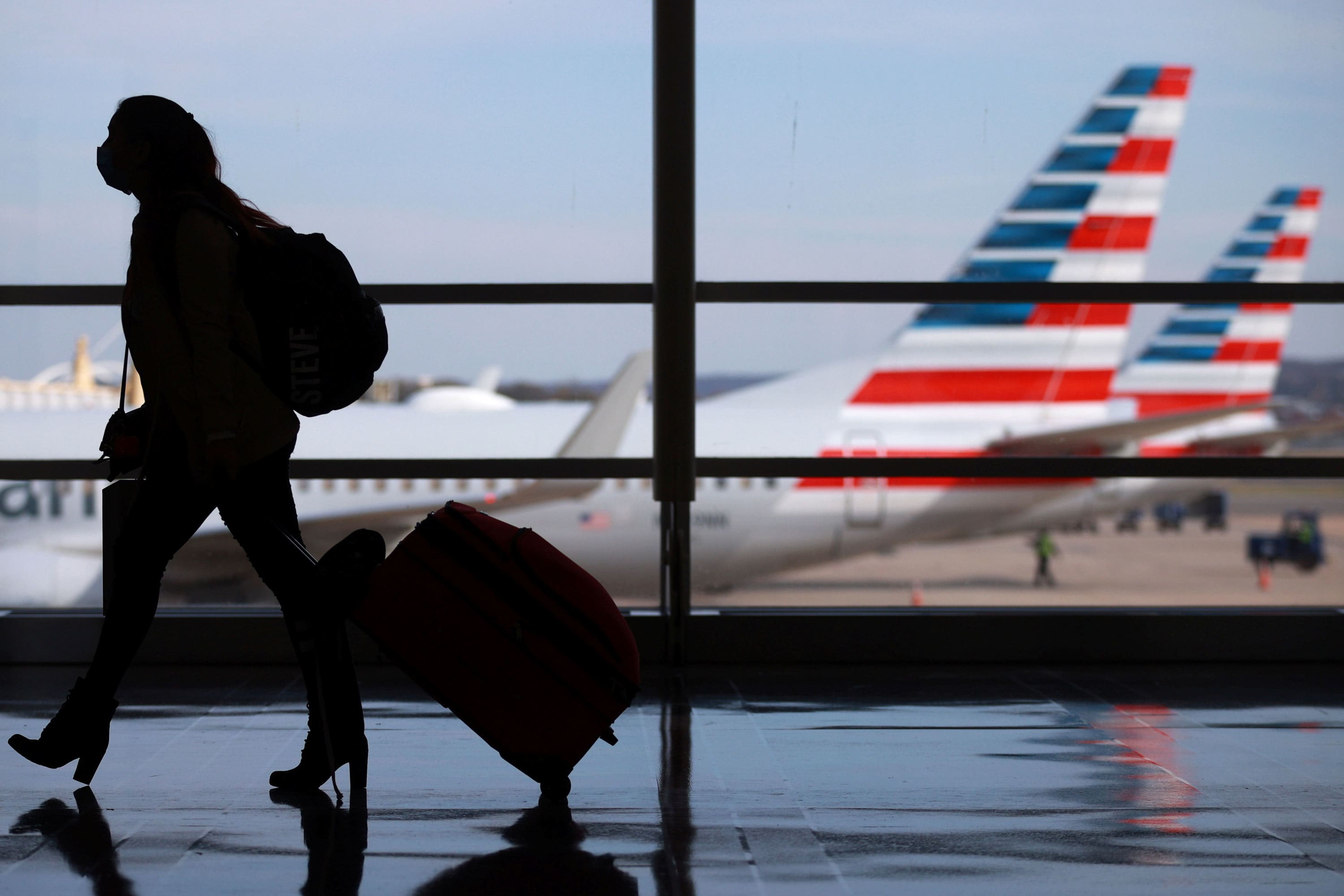 A person walks at Reagan National Airport ahead of the Thanksgiving holiday in Arlington, November 25, 2020.Hannah McKay | ReutersU.S. airlines would receive $15 billion in additional federal aid to pay their workers under a $900 billion coronavirus relief deal bipartisan lawmakers reached on Sunday.Under the new round of aid, carriers would have to call back more than 32,000 workers who were furloughed this fall.The CARES Act in March had set aside $25 billion for U.S. passengers airlines on the condition that they maintained minimum service levels and kept workers on payroll through Sept. 30. Labor unions and airlines urged lawmakers to approve additional aid as furloughs loomed, but Congress and the White House failed to reach a deal by the deadline.After the conditions of the original aid expired, United Airlines and American Airlines in October started furloughing about 32,000 employees, while those carriers and other airlines have shed tens of thousands of other jobs after urging workers to take buyouts and early retirement. Southwest Airlines, which has never furloughed workers in its nearly 50 years of flying, warned workers earlier this month that it could cut about 7,000 employees unless it can reach cost-cutting deals with labor unions.The additional support for the struggling sector would keep airline workers on payroll until the end of March, if approved when Congress votes on the bill.In addition to airline aid, the new coronavirus package includes $1 billion for airline contractors, $2 billion for airports and concessionaires, $14 billion for transit, $10 billion for state highways, $1 billion for Amtrak and $2 billion for private bus, school bus and ferry companies.The first round of aid expired without a meaningful rebound in air travel, even ahead of major holidays like Thanksgiving and Christmas. Carriers have warned that bookings have declined as coronavirus infections spiked and new travel restrictions were introduced, hurting their ability to rein in cash burn.The Transportation Security Administration on Sunday said it screened 1.07 million people at U.S. airports, up 25% from a week earlier but less than half of the nearly 2.5 million people it screened a year ago.

The U.K. has identified a new Covid-19 strain that spreads more quickly. Here’s what they know
European Commission authorizes use in EU
To Top
error: Content is protected !!