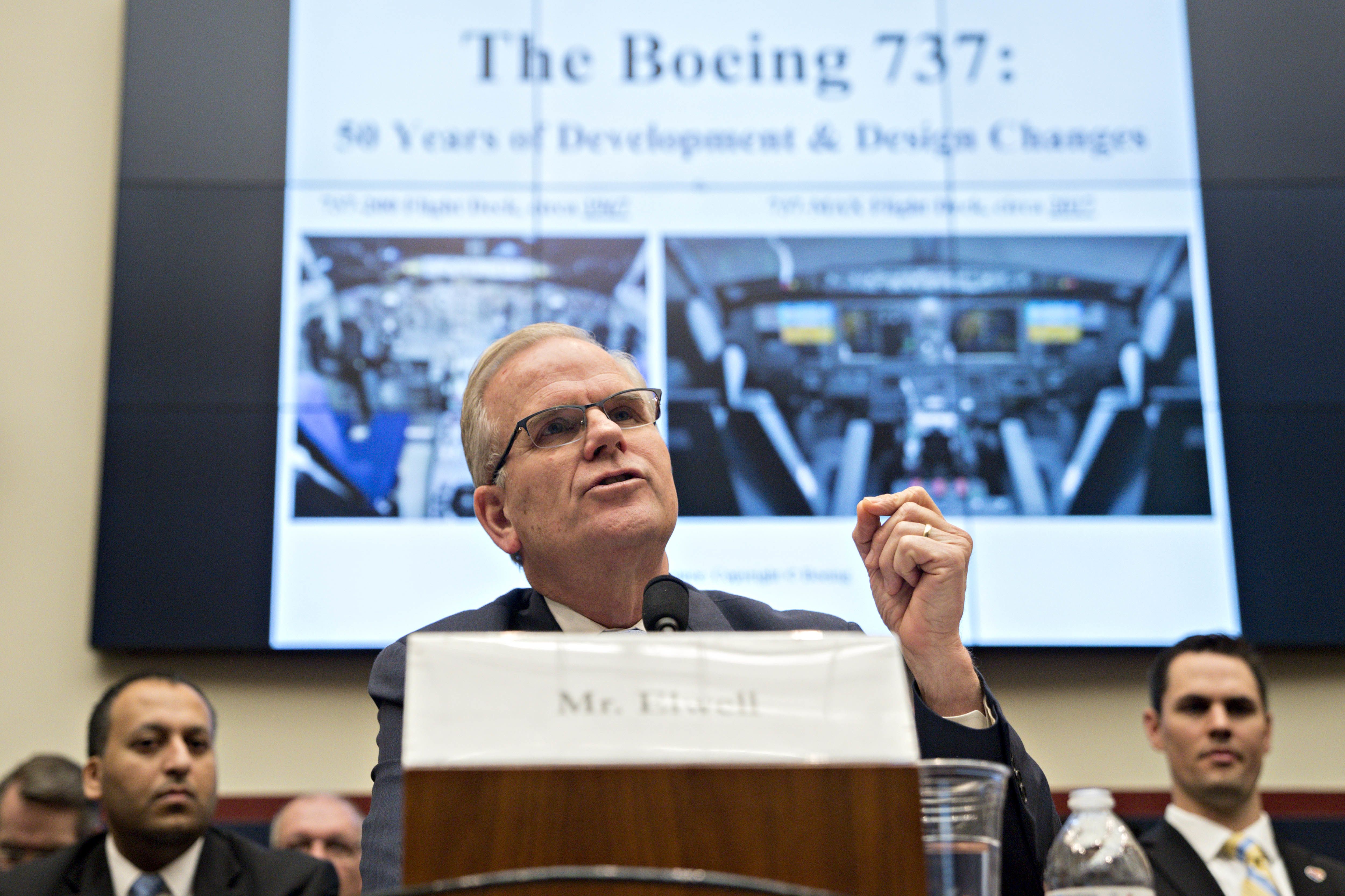 Daniel Elwell, acting administrator of the Federal Aviation Administration (FAA), speaks during a House Aviation Subcommittee hearing on the status of Boeing Co.’s 737 Max in Washington, D.C., U.S., on Wednesday, May 15, 2019.

Airlines that have taken the grounded Boeing 737 Max planes out of their schedules through the summer currently don’t need to extend flight cancellations of the popular jet, the acting head of Federal Aviation Administration said Thursday.

The FAA followed other international aviation regulators in grounding the jets in March after two crashes of the planes within five months of one another killed a total of 346 people.

Airlines including American, United and Southwest have canceled thousands of flights during the busy summer travel season as a result of the grounding and removed the planes from schedules through as late as August.

“No, they don’t need to make any changes to their plans,” FAA’s acting administrator Daniel Elwell told CNBC’s Phil LeBeau in an interview. LeBeau asked him if airlines need to plans for a case in which the plane isn’t flying by this fall or later.

Elwell and the FAA are meeting with more than 30 foreign aviation regulators in Texas to update them on changes to the 737 Max, including when it may fly again.

“It definitely could be a month, two months,” he said. “It’s all determined by what we find in our analysis of [Boeing’s] application, and we’re pretty confident that the application is in good shape.”

Elwell reiterated that the FAA has no set timetable for when it will approve changes Boeing has made to the airplane’s software and new pilot training following the crashes, paving the way for the jets to return to the skies.

An automatic anti-stall system on the new planes has been implicated in both deadly crashes and Boeing last week said it has developed an update to that system, which will require FAA’s approval.

Some aviation regulators have said they will conduct their own analyses of Boeing’s software changes.

“We will be first, regardless, and if the rest of the world agrees with our analysis … that is the goal,” Elwell said.

Earlier Thursday, pilots in Europe urged the EU’s regulator to conduct a thorough review of the plane.

“Simply accepting the FAA’s word on the Max’s safety won’t be enough,” the European Cockpit Association said in a statement.