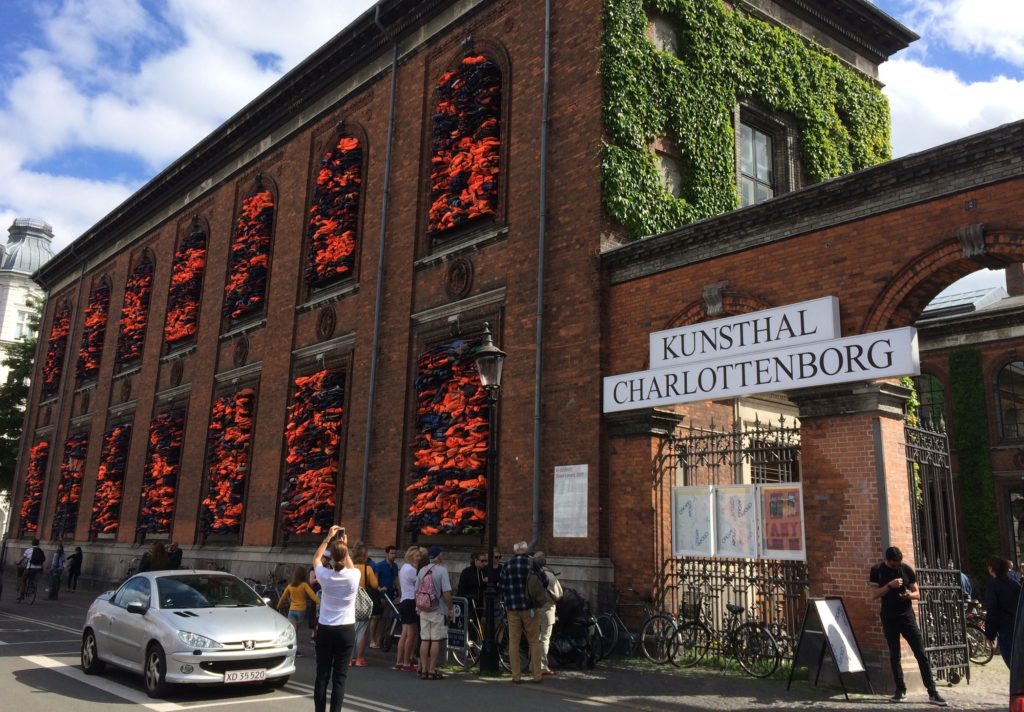 Ai Weiwei, Soleil Levant, 2017, at the Kunsthal Charlottenborg in Copenhagen.

A Danish court has ruled in favor of Ai Weiwei in his lawsuit against Skandinavisk Motor Co. A/S for its use of his work Soleil Levant (2017) in the background of an advertisement for the Volkswagen Polo. The artist will receive $1.5 million DKK (about $225,400) for the company’s unlawful inclusion of the artwork in a 2017 print advertisement and $250,000 DKK (about $37,600) for “non-financial damage.”

Soleil Levant, which was displayed in the windows of the Kunsthal Charlottenborg in Copenhagen, comprised 3,500 orange life jackets once worn by refugees. Ai Weiwei created the piece to mark World Refugee Day in 2017.

The artist took to Instagram today to share the verdict, along with a photo of himself wearing a life vest. The court’s decision reads in part, “This market exploitation of Ai Weiwei’s artwork was in clear contradiction with the considerations and thoughts that were behind the work and the detailed content of the work. The exploitation caused a certain risk of diluting Ai Weiwei’s artwork and had the character of a parasite on Ai Weiwei’s good name and reputation.”

Skandinavisk Motor Co. A/S printed the ad for its car featuring Soleil Levant in an issue of its magazine VieW, and Ai Weiwei had initially demanded 2 million DKK (about $300,600) in remuneration and compensation.

Michael Thouber, director of the Kunsthal Charlottenborg, told Artnet News that the court’s ruling supports the notion that “Artists’ copyright has to be protected, whether it is in a gallery or in a public space.”