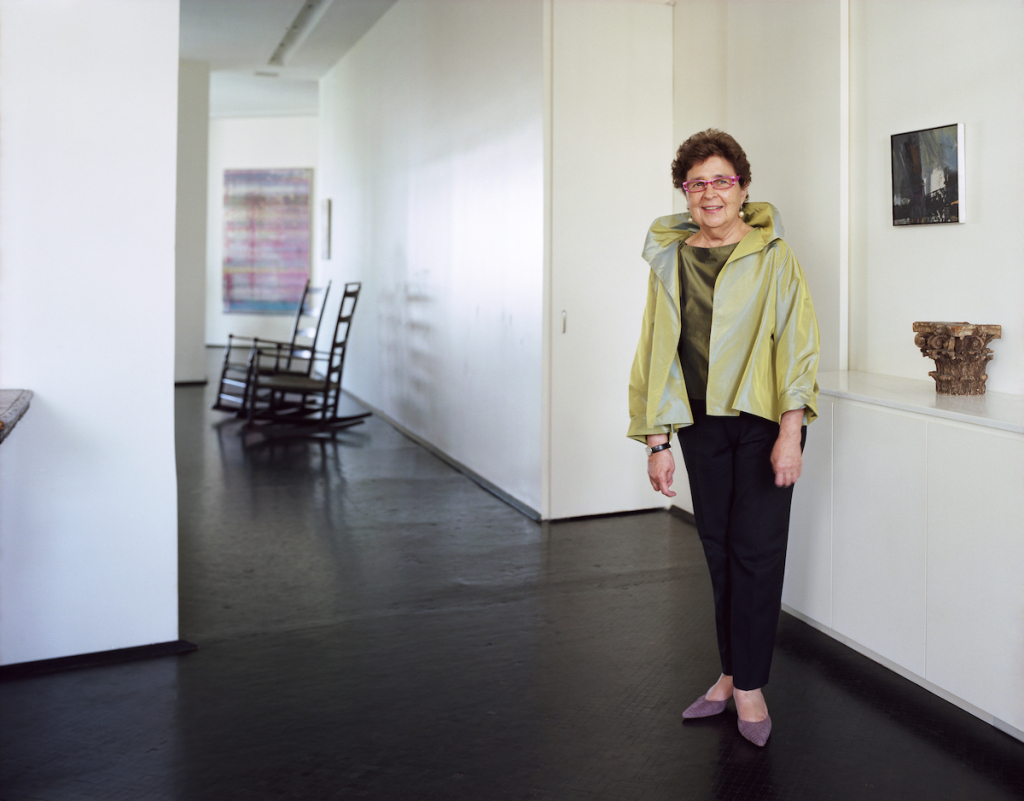 Marian Goodman, a storied dealer who recently celebrated her 93rd birthday, has revealed a succession plan for her gallery, which has locations in New York and Paris, as well as a project space in London.
Philipp Kaiser, currently chief executive director of artists and programs, has been named president and a partner. Emily-Jane Kirwan, Rose Lord, Leslie Nolen, and Junette Teng were also named partners alongside him. (They were executive directors at the gallery previously.) Goodman herself will become chief executive officer.
“Preserving my roster and continuing to take on artists interested in a humanistic concern, a culture-critical sense of our way of life, a dialectical approach toward reality, and artistic vision about our urban structure is important to me,” Goodman said in a statement. “My partners and I together will carry forward the mission that I have worked so hard to achieve.”

Goodman first opened her gallery in New York in 1977. It now represents a roster of all-star artists, including Julie Mehretu, John Baldessari, Nairy Baghramian, Maurizio Cattelan, Pierre Huyghe, Nan Goldin, Steve McQueen, Gerhard Richter, Adrián Villar Rojas, and Danh Vo.
Last year, Goodman announced plans to close her London gallery, saying that the pandemic and Brexit injected increased uncertainty into the market of the British capital. Earlier this month, one of Marian Goodman Gallery’s executive directors, Jessie Washburne-Harris, departed for Pace Gallery, where she is now vice president.
Other founders of decades-old New York enterprises have taken similar measures to Goodman’s in recent years. In 2019, Larry Gagosian, 76, formed an advisory board for his gallery empire. In 2020, Barbara Gladstone, who is in her mid-80s, brought on Gavin Brown as a partner and elevated several directors to the same position. And in 2021, Paula Cooper, 83, announced a succession plan for her New York gallery.