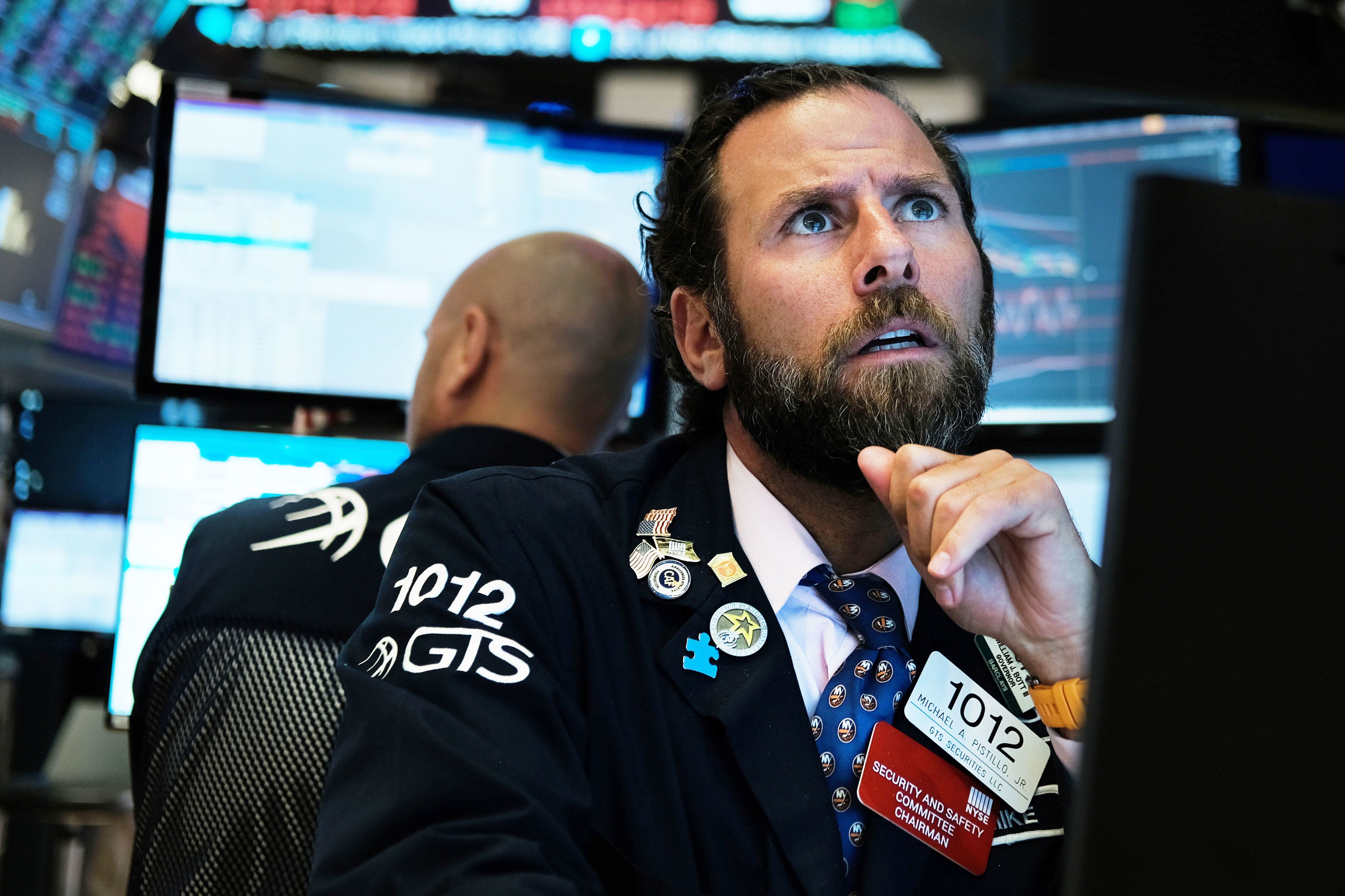 1. Dow to open higher after breaking a 3-session win streak

Customers shop at a Target store in Chicago.

Shares of Target and Lowe’s were soaring in Wednesday’s premarket after the latest earnings from the retailers showed that the American consumer remained strong. Target saw second-quarter profit and revenue beat estimates. The company also raised its full-year outlook. Lowe’s reported better than expected Q2 results on the top and bottom lines. A day earlier, its bigger rival Home Depot also issued strong earnings. The strength of the consumer comes as the Fed considers another rate cut at its September meeting.

DoubleLine Capital CEO Jeffrey Gundlach says the Fed is losing control of rates, citing as evidence the fed funds overnight lending rate of 2% to 2.25%. That’s higher than any part of the Treasury yield curve, he noted. “What else do you need to call it an inversion?” Gundlach said in Reuters interview. “Everyone is parsing all of these little arbitrary things. But we’ve got an inversion.” Last Wednesday, the 10-year Treasury yield inverted and briefly went below the 2-year yield, a move that has preceded every recession over the past 50 years. However, a recession does not happen right away, taking on average up to two years to materialize.

Government bonds in Europe and Japan are not the only fixed-income instruments producing negative yields these days, with negative-yielding corporate debt recently passing the $1 trillion level, in a continuing sign of global financial displacement. While negative yields on the government side have been around for a while, negative-yielding corporate debt, is a relatively new thing, rising from just $20 billion in January, according to market researcher Jim Bianco.

5. Trump now says he was considering a payroll tax cut

President Donald Trump answers questions in the Oval Office of the White House in Washington, August 20, 2019.

President Donald Trump said he is “thinking about” cutting payroll taxes, less than a day after the White House denied that such a move was under consideration. “Payroll tax is something we think about, and a lot of people would like to see that, and that very much affects the workers of our country,” Trump told reporters at the White House on Tuesday. Trump went on to say he has “been thinking about payroll taxes for a long time.” But he cautioned that “whether or not we do something now, it’s not being done because of recession.”