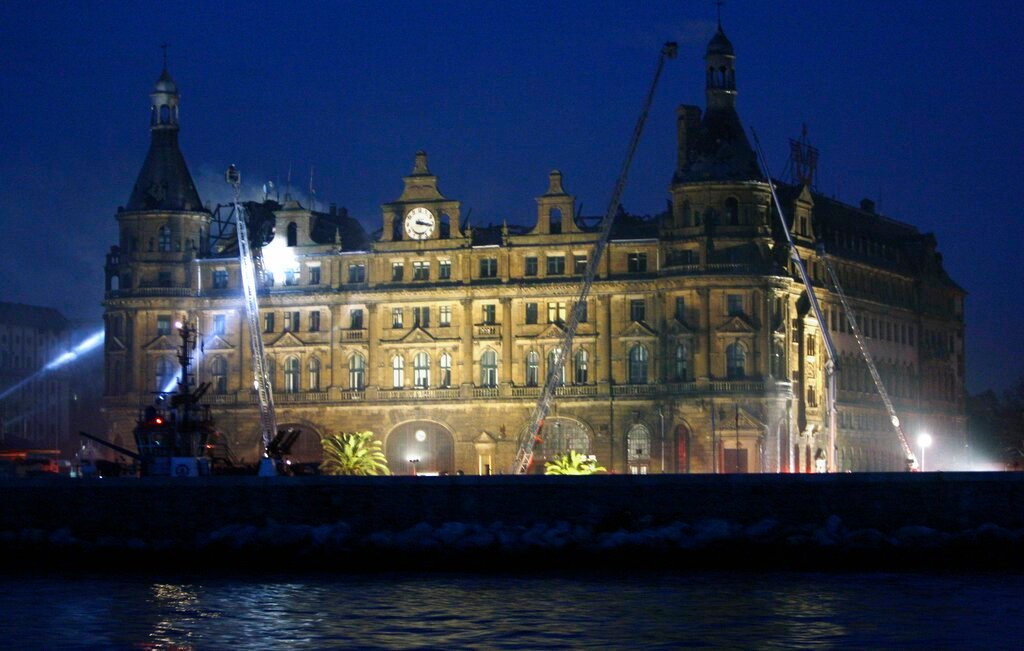 During an excavation in Istanbul’s historic Haydarpaşa train station, archaeologists discovered a semicircular apse—a structure commonly associated with ancient churches—dating to the 3rd century B.C.E. It is the latest find at the site of the ancient port city of Chalcedon by a team led by archaeologist Mehmet Ali Polat. According to the Turkish publication Hurriyet Daily News, which first reported the news, it may be the oldest building excavated at the site so far.
While archaeologists are still unsure of the newly discovered apse’s specific function, they believe the area would have been sacred. In ancient architecture, an apse was often located at the end of an aisle, where a recessed niche could hold the statue of a deity. The building where the apse was discovered could have functioned as a shrine or possibly even a mausoleum.

Chalcedon, also known as Khalkedon, was founded by Megarian Greek colonists on the eastern side of the Bosporus Strait in 685 B.C.E. When further settlers arrived from Megara, they dubbed Chalcedon the “City of the Blind” because they had overlooked the a key spot on its western shore that ultimately became the city of Byzantium.
Among the structures found this month in the neighborhood of Kadıköy were a group of buildings that may have once been a small summer palace and a warehouse. Alongside these finds were smaller ones, including coins and pottery dating to around 6 B.C.E.
When maintenance work and a renovation to accommodate high-speed trains was begun in 2018, experts happened upon ancient remains beneath the tracks. Since then, Turkey’s Culture and Tourism Ministry and Istanbul Archaeological Museums have led excavations at the ancient site. The archaeological team comprises some 430 people, including archaeologists and museum specialists, and covers an area of more than 1 million square feet.
Countless artifacts and buildings from a range of periods, covering the Hellenistic, Roman, Byzantine, and Ottoman eras, have been found at the Haydarpaşa site. Archaeologists have recovered 10,000 gold coins and the remains of a 5th-century castle, as well as 28 sets of human remains, a functioning Byzantine-era fountain with water clean enough to drink, and the remnants of a spectacular Byzantine palace. All of these finds signify that the port city may have once had an extensive trade system.