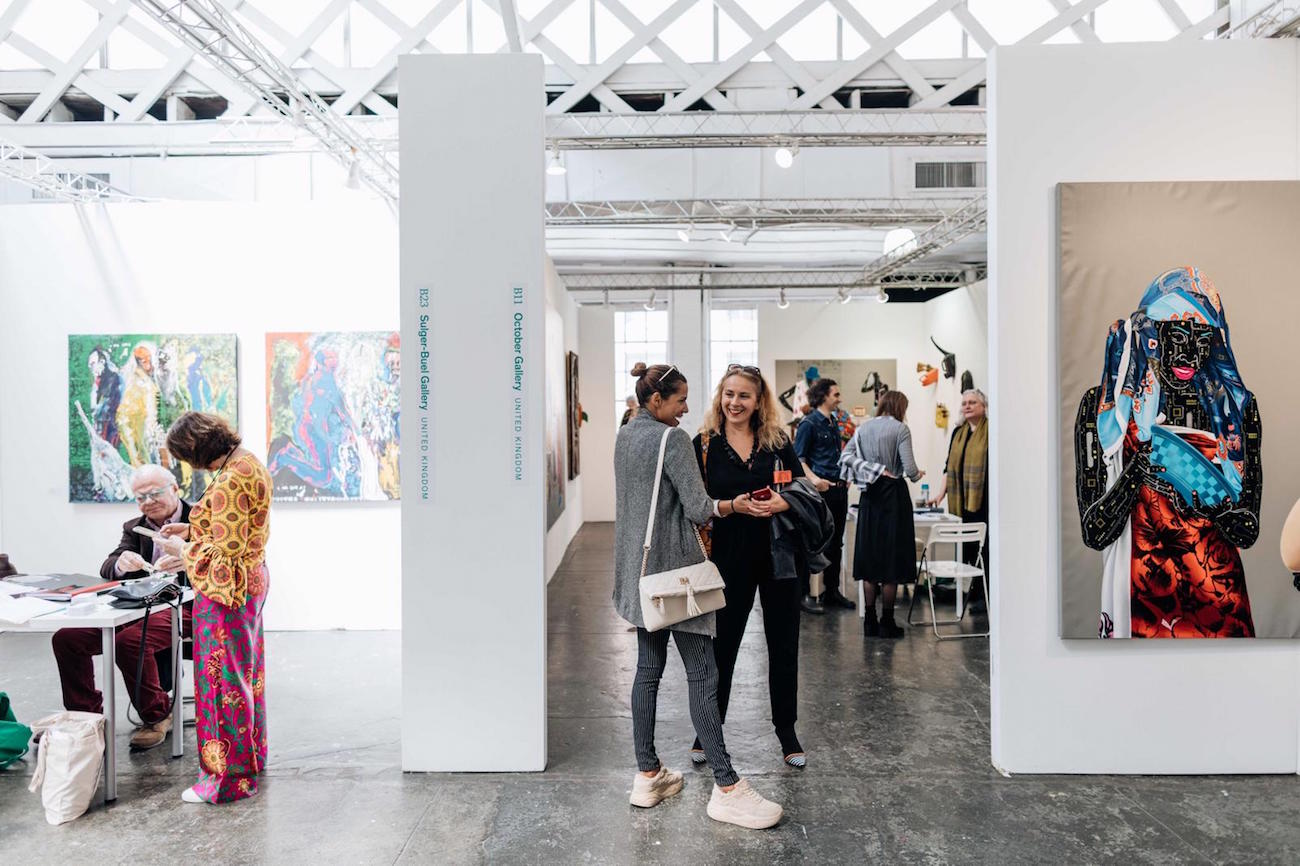 After four years of increasingly momentous editions across the river in Brooklyn, the 1-54 Contemporary Art Fair made its Manhattan debut on Thursday with vibrant work splayed across white walls at Industria, a studio- and event-space complex in the West Village. Workers could be seen making moves at the Whitney Museum in advance of the Whitney Biennial opening soon just a few blocks away, but all was in place when 1-54 opened its doors for the fifth New York edition of the fair, which runs through Sunday.

The new location seemed to be a hit for all involved. Pioneer Works, where 1-54 premiered in New York in 2015, is one of the more interesting and distinctive arts spaces in the city, but its coordinates in the post-industrial neighborhood of Red Hook could be perceived as remote by collectors hesitant to leave the hub of Manhattan—especially in the midst of Frieze, TEFAF, and all the other action around town. 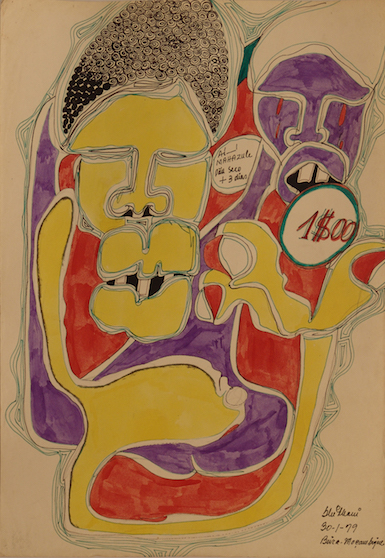 “It was an exceptional idea,” James Cohan, manning a booth just a 20-minute walk from his namesake gallery in Chelsea, said of the move. “It gives higher visibility and affirms what Touria [El Glaoui, 1-54’s founding director] has done by establishing this as a truly viable marketplace. It adds a higher profile for meaningful work that had been marginalized. And giving dealers visibility to a broader market and allowing them to operate in the mainstream is critical.”

Cohan is participating in his second 1-54 in New York after two appearances at the fair’s home base in London (where it all began in 2013 before expanding to New York and, in 2018, to Marrakech, Morocco). In his booth are works by Yinka Shonibare MBE and Elias Sime, two of the bigger current art stars with roots in Africa. “It was only five years ago that he came to international prominence,” Cohan said of the Ethiopian artist Sime, whose elaborate works made with materials like intertwined electrical wire and disembodied keyboard parts bearing random letters looked on from the walls. “We’ve since sold works to over 20 museums, and he’s got an exhibition touring the U.S. and Canada that starts in the fall.” Prices for Sime and Shonibare at 1-54 range from $100,000 to $150,000.

On the first of two floors at the fair, Perve Galeria from Lisbon, Portugal, has devoted its booth exclusively to a solo show for Ernesto Shikhani, an artist from Mozambique showing in the U.S. for the first time after passing away in his seventies in 2010. His work evolved through the course of Portuguese colonial rule of Mozambique and, starting in 1975, the country’s independence and later descent into civil war. “Before independence, it was all about monsters,” Carlos Cabral Nunes, Perve Galeria’s director and curator, said of figurative drawings and paintings with strange surrealist inclinations. “After independence, he started to put people in the paintings—though they’re also a bit grotesque.” 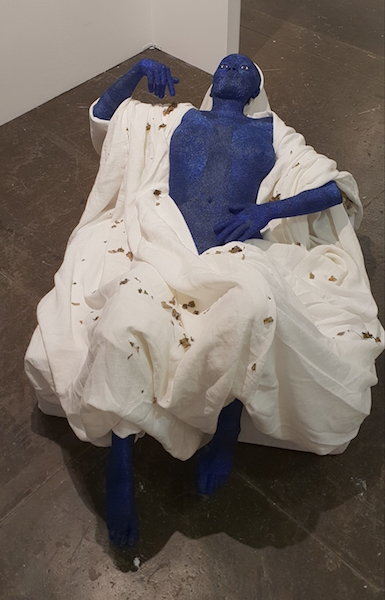 Looking at Untitled (Civil War – Beira Series), a Shikhani painting from 1979, the dealer pointed to two brothers, one crying and the other stone-faced. A bit of text in Portuguese explains that both of them had just dry bread to eat for three days. “There was a lot of tension,” Cabral Nunes said of the era in which the picture was painted. Now works of the sort are commanding attention and prices ranging from $3,500 to $13,000 at the fair.

Perve Galeria participated at 1-54’s London fair in the past and, after considering New York before, made its first foray this year. “When they announced they would be moving, I felt it the was the moment to come,” Cabral Nunes said. “Interest exists. We have American clients already who bought in London and other places. And I hope people can understand the importance of these artists. Bringing these artists to the center is important—to have new blood coming in, new aspirations, and new art history.”

Upstairs, the booth for L’Agence à Paris is showing striking sculptures by Beya Gille Gacha, a French-Cameroonian artist born in 1990. “She uses these traditional beads from Cameroon for contemporary sculpture mostly based on the female condition,” said Christopher Yggdre, the Paris-based gallery’s chief executive. One large work takes the form of a blue-beaded female figure lying on the floor with wax-and-resin skulls beneath a white sheet covering part of her body (L’Oiselle Blanche, from 2019). Another is a smaller pair of blue-beaded hands bearing the title Cut the arms, cut the history, cut the power (2016). The smaller piece is priced at $5,600; the larger one, at $16,000. 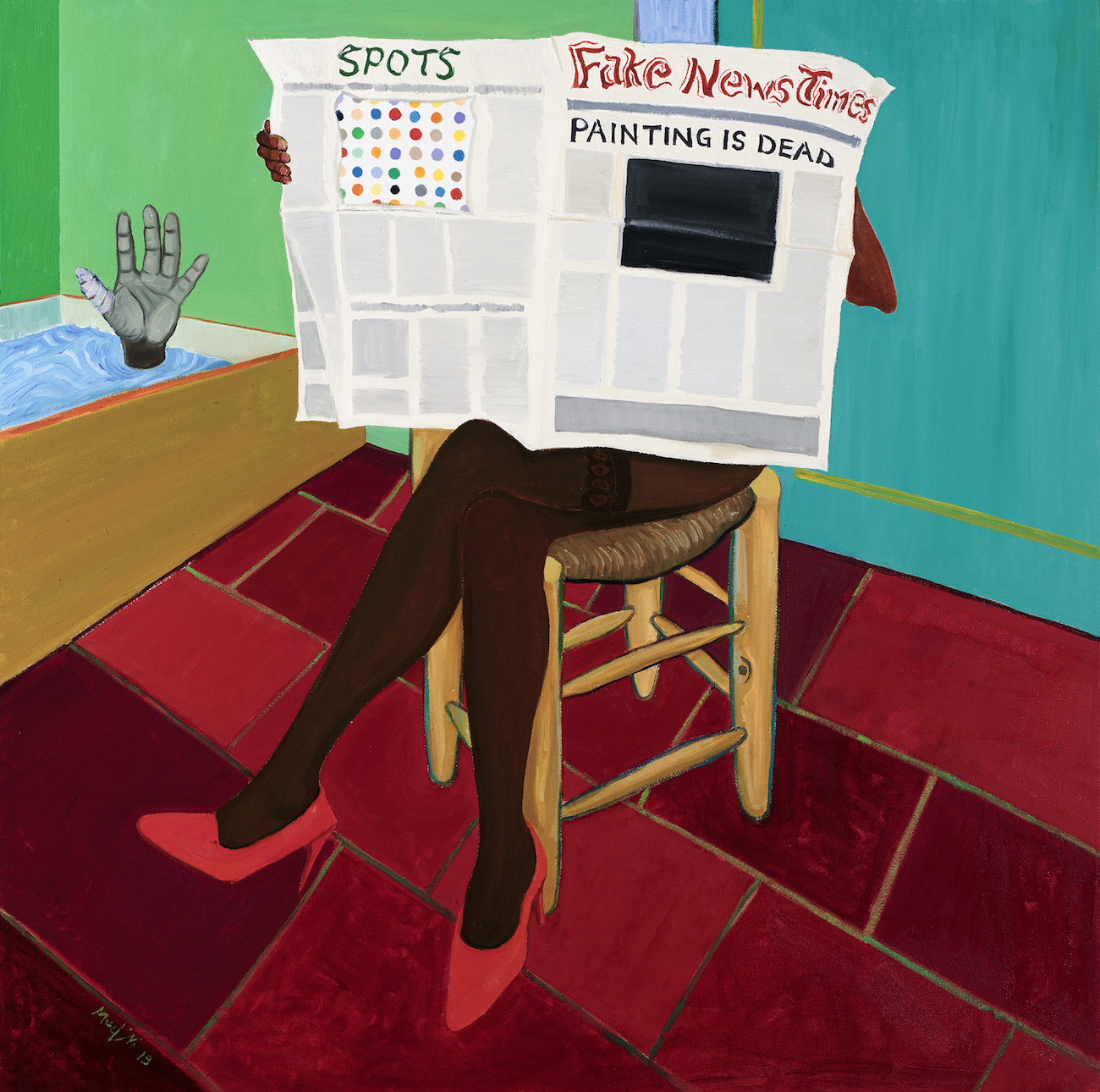 Barnard gallery from South Africa is showing paintings by Richard Mudariki, a Zimbabwean artist now based in Cape Town. “Richard offers a lot of commentary,” gallery manager Alexandra Gaag said of Reading the Fake News Times (2019), which features a woman on a van Gogh–like chair reading a grim newspaper while a hand reaches up from a bathtub beside her. (“We’re drowning in media,” Gaag said.) That and other works like it are going for $5,600 to $7,000. Asked why Barnard gallery decided to try 1-54 for the first time this year, Gaag said, “The fair moving to Manhattan—we liked that. And we wanted to share Richard with an American audience.” 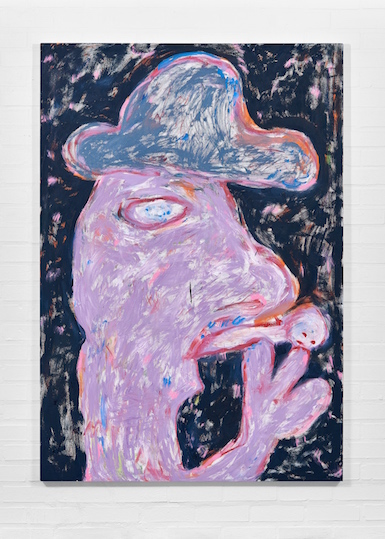 Gallery 1957 from Accra, Ghana, is showing work by three artists, from Tunisia, South Africa, and Ghana. “This body of work was made in Tunisia, and it’s interesting within the context of Accra to see this sort of violence and struggle on the same continent in ways that people are maybe not aware of,” gallery director Victoria Cooke said of paintings by Thameur Mejri. “These are exorcisms for him in the studio and the battles he has in his head.”

Asked about the new setting—for which the returning Gallery 1957 chose to paint its booth walls blue, all the better to bathe in nice light from nearby windows—Cooke said, “It’s always a bit scary what you don’t know what you’re booking, but there was a big response [in the past] of people saying, ‘We want to come—but it’s in Brooklyn.’ Destination-wise, this is perfect. It’s easy to be here.”