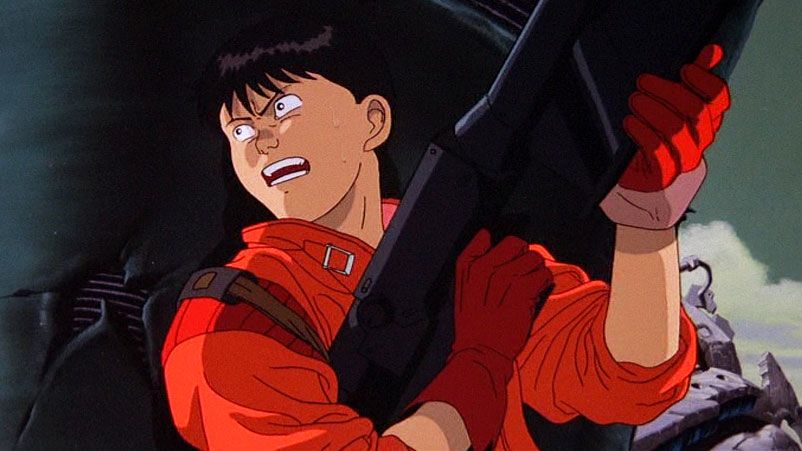 A still from the movie “Akira.”

Hollywood loves live-action remakes. Maybe a little too much.

Disney has been making headlines with its recent live-action remakes of “Lion King ” and “Aladdin, ” and its upcoming “Cats. ” Warner Bros and Paramount Pictures recently released live-action video game remakes with “Detective Pikachu ” and “Sonic the Hedgehog. “

But live-action remakes of anime? Hollywood may want to steer clear.

“American remakes don’t seem to get why people like anime,” said Susan Napier, a professor of Japanese studies at Tufts University. “There are many risks in Hollywood trying to do these anime remakes … many times the immersive, otherworldly quality is there for animation. That doesn’t necessarily transfer at all to live action.”

One reason for anime’s popularity, Napier said, is that it often shows the world in a way that live action couldn’t do.

This is a concern for “Akira,” Warner Bros’ upcoming live-action remake produced by Leonardo DiCaprio. Napier said the story of “Akira” is set in a dystopian, post-apocalyptic world.

“I’m not sure if they can really do the same in live action because the animation itself just kind of pulses with energy,” Napier said. “[Live-action] just doesn’t seem to have the same flexibility and freedom.”

Scarlett Johansson in “Ghost in the Shell.”

Source: Ghost in the Shell

Anime also deals with more adult, and often dark themes, than Western animation does, Napier said. “Akira” includes a scene in which a nuclear explosion destroys “Neo-Tokyo,” the city that replaced Toyko when it was wiped out earlier in the story.

“It really is a tour de force of destruction,” Napier said. “I think it would be rather disturbing to see it in live action … it would be, frankly, too grotesque.”

But anime isn’t just full of action scenes, which remakes tend to focus on — character development is also a reason people gravitate towards anime.

Because anime uses fewer frames per second than animation we see American companies like Disney use, anime creators can’t rely on complex facial expressions, Napier said. Instead, they dig deep into the psychology of the characters through their dialogue and big, eye-grabbing actions.

“The casting is certainly a concern,” said Ellen Seiter, the Stephen K. Nenno Chair of Television Studies at the University of Southern California. “The conventions of anime is a lot of main characters and they have a lot of explosive reactions that are kind of conventionalized … it’s hard to see how an actor could realistically portray that without it being over the top.”

Jackson Rathbone and Nicola Peltz in “The Last Airbender.”

That’s not the only reason casting is a concern. Remakes have come under fire in the past for casting white actors to play Asian characters. In 2017, Paramount Pictures and DreamWorks faced backlash for casting Scarlett Johansson as the character original named Motoko Kusanagi in “Ghost in the Shell.” In 2010, director M. Night Shyamalan faced similar critiques for the casting of Nickelodeon Movies’ “The Last Airbender,” a remake of the Nickelodeon-animated television series “Avatar: The Last Airbender.”

“The difficulty is the Hollywood model of high-profile films work with high-profile actors, which results, often, in whitewashing,” said Alex Burunova, director of Netflix’s new documentary “Enter the Anime” about the history of anime.

Feature films, Burunova said, also might not have the time to dive into the complex narratives that manga — the comics of graphic novels anime are based on — depict.

“With the Hollywood model, there are a lot of room for error and lot of room for fans to be very disappointed … [they] would have to work really hard to come close in everything from designing sets to costumes to making sure the plot and character development are strong,” Burunova said.

“A serialized television show is better suited than a feature film,” Seiter said about live-action remakes.

You can bet Netflix is jumping on the opportunity. The streaming service — which already offers original anime titles — has a live-action series based on Nickelodeon’s “Avatar: The Last Airbender” in the works. At the center of “Avatar: The Last Airbender” is the story of Aang, a 12-year-old Avatar who is believed to be the master of the four elements (fire, water, earth and air) and is tasked with keeping the world at peace.

Michael DiMartino and Bryan Konietzko, creators of the original show and executive producers of the remake, seem to be keeping casting critiques of previous remakes in mind.

“We can’t wait to realize Aang’s world as cinematically as we always imagined it to be, and with a culturally appropriate, non-whitewashed cast,” DiMartino and Konietzko said in a statement when the remake was announced. “It’s a once-in-a-lifetime chance to build upon everyone’s great work on the original animated series and go even deeper into the characters, story, action, and world-building.”

Boeing 737 Max grounding drives up demand for older models
Automakers trim production as market weakens – but hope to avoid wholesale cuts of a decade ago
To Top
error: Content is protected !!