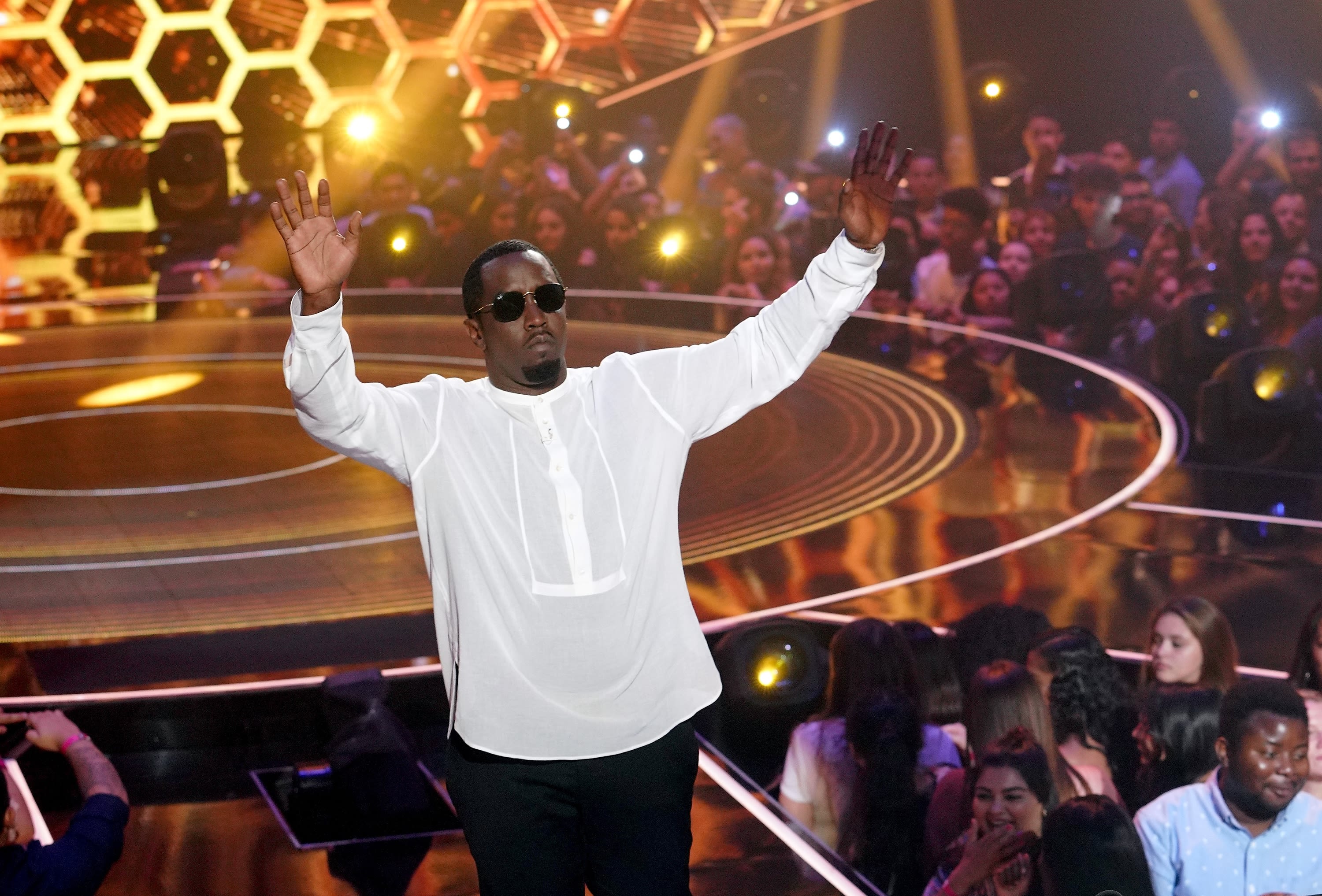 With a career that has spanned the Department of Defense to spirits, television and hip-hop, Dia Simms is familiar with being the lone woman in the boardroom. In male-dominated industries for the past 20-plus years, she learned quickly to navigate a man’s world — and bring value to the table.

The president of Combs Enterprises — which includes a diverse portfolio of businesses and investments spanning the music, fashion, fragrance, beverage, marketing, film, television, and media industries — Simms is not just one of the only women in the company but also one of the youngest, at 43. For the past 14 years, in her rise from executive assistant to president of Sean Combs’ sprawling business empire, she has maintained a professional commitment to a prospering operation that currently employs more than 230 staff.

“Very much to this day, I’m often and almost always the youngest person in the room, in my early 40s, and the only woman. And the only reason why I’m not the only minority … is because Sean is often in the room with me,” she says. Her greatest advocate, she says, is Combs himself.

“Sean goes out of his way just to level-set the room. There are so many times where he will introduce me and say, ‘She is the president of Combs Enterprises,’ and the men in the room will say, ‘Are you going to get some coffee?'”

Simms’ work ethic and continuous thirst for new knowledge with every opportunity keeps driving her forward. “I look for information everywhere I go. I really believe that everybody has something to learn and something to teach. So I probably have less, like, formal relationships, whereas I’m seeking out information with every relationship that I encounter.”

Sean goes out of his way just to level-set the room. There are so many times where he will introduce me and say, ‘She is the president of Combs Enterprises,’ and the men in the room will say, ‘Are you going to get some coffee?’

While Combs has received recognition over the years for his achievements, now Simms is being recognized as a woman to watch: In 2017 she was named to Ebony’s Power 100 list and Billboard’s Women in Music list.

Combs initially recruited Simms in 2005 as his executive assistant, and she quickly climbed the ranks to the position of chief of staff. In 2017 he named her president of his business conglomerate. She claims it was her early days, as a music promoter in her 20s, that armed her with the nuances she needed to survive in a man’s world.

“I have something I call a clipboard effect. I used to be a party promoter in my 20s, and you could imagine if you’re a young woman and you’re going into nightclubs — I’m like 24 years old — and we used to do these big events, like a thousand people every week. It was something that — not for myself but for all the women that I worked with — I would say, ‘Carry a clipboard.’ And the way that you are carrying yourself to a certain degree — although it shouldn’t matter, is a little bit of a signal to say, ‘I’m here for work.'”

“And I have always mentally thought through — What is my theoretical clipboard? — in the conversations I’m having in every room to make it very clear the level of value I bring to the table,” she says.

Simms is also determined to level the playing field when it comes to pay.

“Were at a little bit of a period of urgency to make this change, so we need beyond mentorship. We need real sponsors. People who are going to put their own name on the line. People who are going to say, ‘Nope. I’m looking at this payroll distribution and I see that Kay is not making as much as John and Jake. That’s not right. We know how much she works; we need to level-set this.'”

Simms also believes that diversity is key to a company’s bottom line.

“In over 20 years of working, there’s not that much that has changed. All that we can continue to do is loudly and proudly and unabashedly share the level of value that we bring to the table. There’s a lot of conversation around people understanding that there is a value to it. But when I speak to people, there’s a thought that diversity is some type of charitable activity. Its not.”

Netflix should take a cue from Game of Thrones, ditch binge-watching
China-based Luckin Coffee CFO on IPO day on differences from Starbucks
To Top
error: Content is protected !!