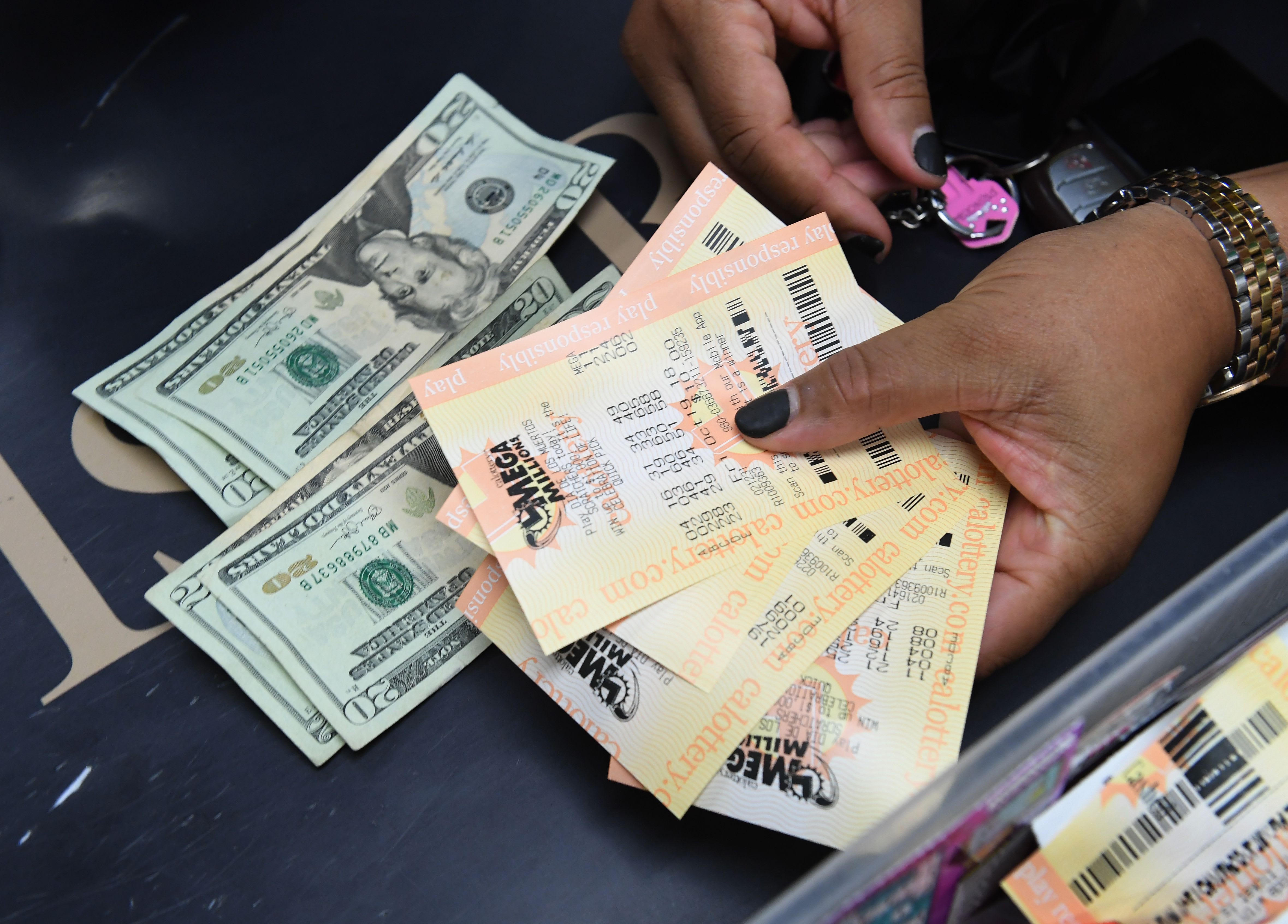 With no tickets matching all six numbers in Friday night’s Mega Millions drawing, the jackpot has climbed to $227 million. Yet before you start counting all the ways you’d use the money if you’re lucky enough to win, remember that a hefty chunk of the bonanza would go to Uncle Sam.Whether you take the prize as an annuity spread out over three decades or as an immediate, reduced lump sum, 24% is withheld for federal taxes. However, the top marginal tax rate of 37% means owing a lot more to the IRS at tax time. State taxes typically are due, as well.For Tuesday night’s drawing, the cash option — which most winners go with — is $156.5 million. The 24% federal tax withholding would reduce that amount by $37.6 million.MARK RALSTON | AFP | Getty Images”All of the numbers involved in these huge jackpots are staggering, and the taxes are no exception,” said Jason Kurland, a partner at Rivkin Radler, a law firm in Uniondale, New York.”Winners are surprised by how much is withheld in taxes from the initial payment, and then how much more is owed when they file their taxes the following year,” said Kurland, who helps lottery winners navigate their windfall.Assuming you had no reduction to your taxable income — such as large charitable contributions — another 13%, or $20.3 million, would be due to the IRS at tax time. That would be $57.9 million in all going to Uncle Sam.This means that after federal taxes, you’d be left with a cool $98.6 million.State or local taxes would be on top of what goes to the IRS. They range from zero to more than 8%, depending on where the ticket was purchased and where the winner lives.In other words, you could end up paying more than 45% in taxes.Nevertheless, the after-tax amount would be life changing. Experts say large lottery winners should assemble a team of experienced professionals — an attorney, a tax advisor and a financial advisor — to help figure out all aspects of managing their sudden wealth.Meanwhile, the winner of an earlier $522 million Mega Millions jackpot — the ticket won in the game’s June 7 drawing — has come forward to claim the prize. The California Lottery announced earlier this week that Laarni Bibal went with the cash option of $340 million. While that amount will be reduced by federal taxes, California does not tax lottery wins.More from Personal Finance:Women make this big mistake when it comes to life insurance20 US cities with the biggest entertainment bang for your buckHow to pick a travel rewards credit card — if you should at allSubscribe to CNBC on YouTube.

10 low-cost franchises you can start with $15,000 or less
Employees or contractors? Gig economy’s labor crisis
To Top
error: Content is protected !!