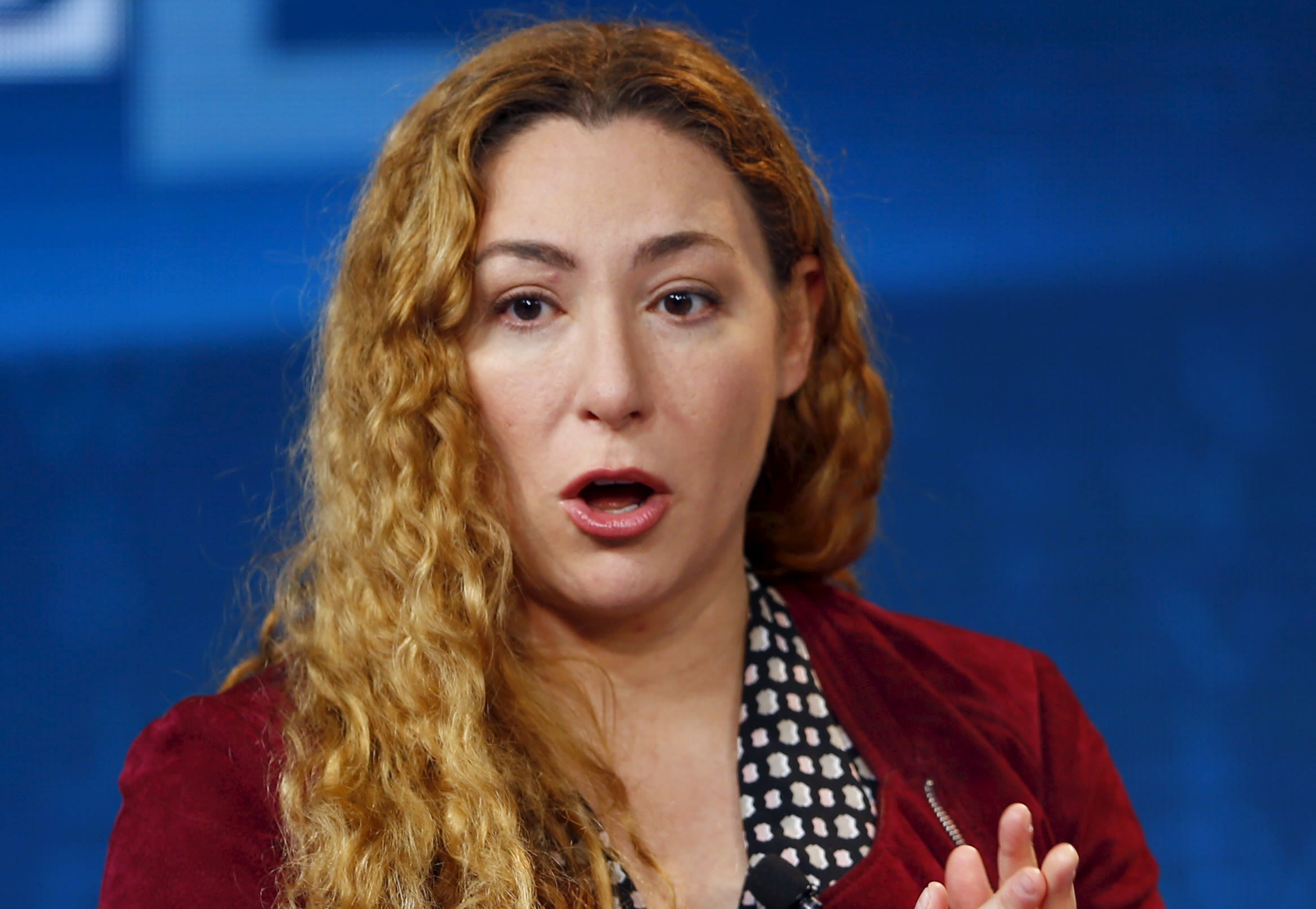 uBiome co-founder and co-CEO Jessica Richman, who was placed on administrative leave in May 2019 pending an board investigation into the start-ups billing practices.

Marc Harris, a South Carolina resident, started getting bombarded with ads from a health start-up called uBiome last year. Harris, who’s in his mid-fifties, has a rare gastrointestinal disorder, so he often searches for new information related to his disease. He figured the company targeted him based on his search history or other info he was looking for.

Harris went ahead and ordered the SmartGut test from uBiome, which promised to provide new insights into the bacterial makeup of his gut so that he could make improvements to his health. Harris thought he’d receive one test. Instead uBiome sent six kits in the mail, with an email noting the company would track his “microbiome changes over time.”

After that, he says, uBiome sent him more than three emails every week pushing him to send back the samples. He ended up returning two, and received an Amazon gift card in return. He didn’t finish the full six. His doctor didn’t see the value in the test and he didn’t learn anything new.

So Harris was surprised to see the test billed to his insurance five times, with the cost amounting to $2970 per test. He shared a copy of his insurance claims history with CNBC, as well as multiple email communications from uBiome.

This was a common practice at uBiome, a health-care start-up raided by the FBI last week, according to company insiders. uBiome was routinely billing patients like Harris multiple times without their consent, prompting insurance plans to start rejecting these claims. The company also pressured its on-staff doctors to approve tests with minimal oversight, according to insiders and internal documents seen by CNBC. The practices were in service of an aggressive growth plan that focused on increasing the number of billable tests served.

Venture-funded direct-to-consumer health companies like uBiome have come under fire for failing to provide sufficient support to patients before prescribing medical testing. Many health experts are concerned about so-called “doc in a box” practices, where companies approve medical tests without communicating with patients outside of a checklist-style survey. Critics say this practice means patients are less likely to get diagnosed with underlying conditions, and say that some of these companies are cutting corners with regulations that are designed to protect their users. Prescribing tests without sufficient medical oversight can also lead to unnecessary tests that burden an already overtaxed health system.

Proponents argue that most that patients don’t spend more than a few minutes with a doctor even in person, and many lack access to a medical clinic, so these services can help underserved patients. uBiome claims its tests bring unprecedented health information to consumers and help them “take greater control over their health.”

On Wednesday, uBiome said that its co-CEOs and founders Jessica Richman and Zac Apte are on “administrative leave,” and that the board would launch an independent investigation into uBiome’s billing practices. John Rakow, the company’s general counsel, has taken on the role of interim CEO.

uBiome declined to comment, beyond pointing to the press release announcing the investigation and Rakow’s appointment. Rakow did not respond to requests for comment.

uBiome was founded in 2012 by Richman, a computer scientist, and Apte, a biophysicist, who initially turned to crowdfunding to finance their work. The original goal was to bring to market a new test to uncover the link between human health and the microbiome — the set of microorganisms that reside in the gut, which some research suggests plays a part in human health. The start-up has raised more than $100 million in venture funding from firms including 8VC and Y Combinator, and was valued at about $300 million at its most recent round of financing last September, according to Pitchbook.

According to multiple insiders, the founders used billable samples, rather than the rate of claims getting reimbursed, as the key growth metric for the company, and routinely shared these figures with investors.

As part of its growth strategy, people close to the company say uBiome would repeatedly nudge patients, like Harris, to send in multiple samples, and bill their insurance each time. The company would also “upgrade” their samples, often without the patient’s knowledge, and then bill again for those. It wasn’t uncommon for an insurance company to be billed two or three times for the same set of tests, the people said. That includes Medicare patients whose insurance is provided by the government, the people said.

uBiome pressured its on-staff physicians to approve tests with minimal oversight, although some did attempt to contact patients. One internal document from 2016 that was meant to show a sample software workflow presumed that 100% of SmartGut orders would be approved “because historically, all SmartGut orders have been created via the Doctor Pilot — all orders are by default, approved.”

One person with knowledge of uBiome’s physician relationships said that physicians were trained to approve the tests they received, including for patients with no symptoms. Another example of uBiome’s aggressive tactics: at least one doctor was dismissed and replaced for not approving tests quickly enough, according to insiders.

Any automatic approval of expensive experimental tests is problematic, according to the health investor and physician Bob Kocher.

“Today, we don’t really know who will benefit from this kind of screening, so we don’t know the appropriate population for this test,” he said. “Many doctors will say that if you’re not having lots of symptoms, it would be unnecessary or unethical to recommend a $3,000 test.”

Staff Care, a unit of AMN Healthcare, provided the physician staffing to uBiome starting in 2017, and doctors were paid up to $180 per hour to approve uBiome tests, according to a document viewed by CNBC.

The spokesperson added: “Healthcare organizations such as uBiome are responsible for submitting all claims for reimbursement for the services provided by temporary clinicians, in accordance with applicable law and insurance requirements. Neither Staff Care nor the physicians it places submit insurance claims. Staff Care is committed to fully cooperating with any government investigation and to rigorously adhering to the highest standards of our industry.”

Multiple insurers continue to examine uBiome’s practices, including Anthem, according to insiders from both companies. According to the Wall Street Journal, Aetna and Cambia Health Solutions’ Regence Blue Cross Blue Shield unit are also investigating the company’s billing.

Kocher noted that insurance companies often have systems in place to flag any vendor that is billing at more than about $500 repeatedly in a short window of time without a clear reason.

In a statement, uBiome’s Makow stressed that uBiome would cooperate with the government authorities and insurance plans.

“We will take any corrective actions that are needed to ensure we can become a stronger company better able to serve patients and healthcare providers,” he said.