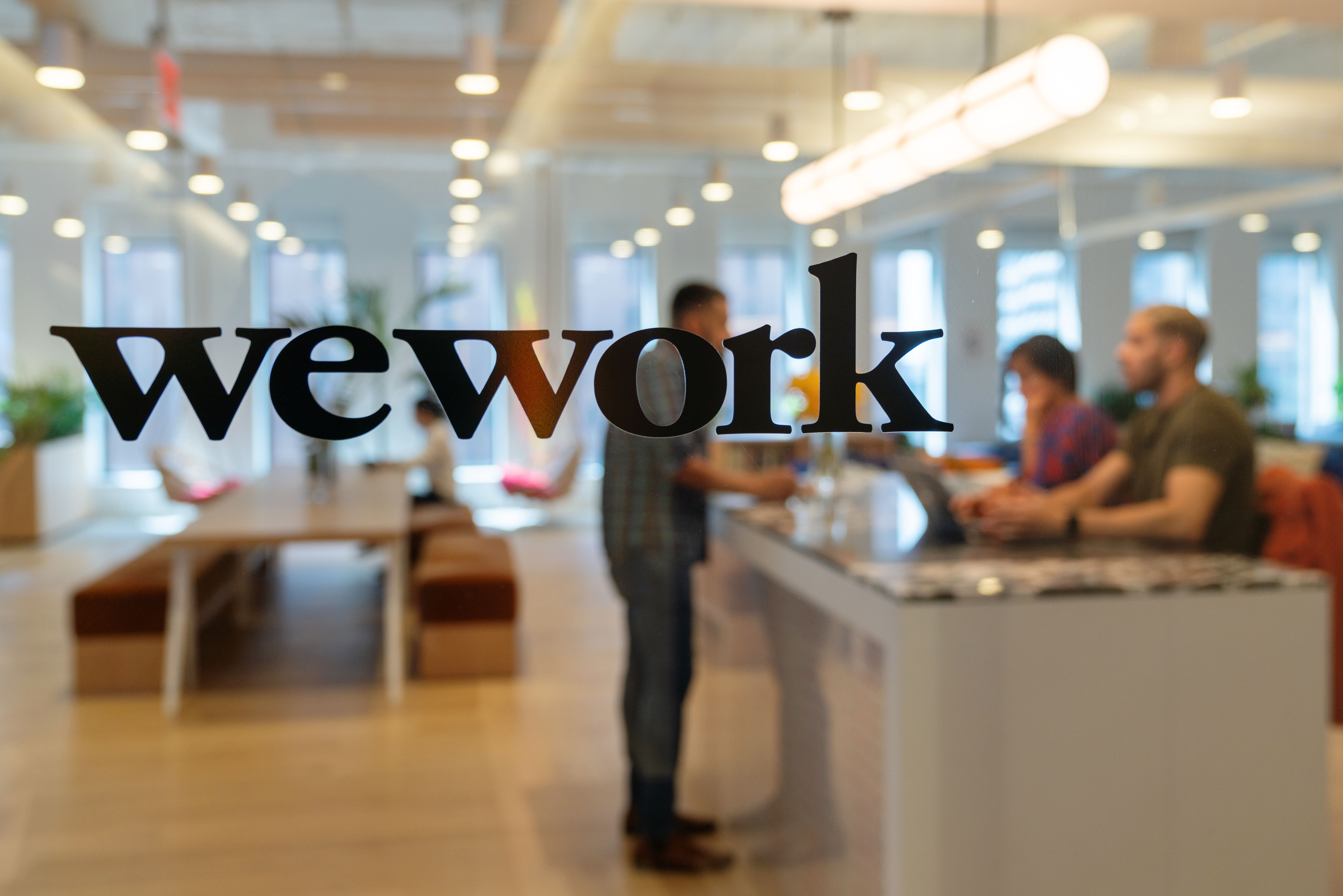 Signage is seen at the entrance of the WeWork offices on Broad Street in New York.

WeWork rents out work spaces to start-ups and other businesses and was founded in 2010 by CEO Adam Neumann. According to its website, WeWork is “committed to elevating the collective consciousness of the world by expanding happiness and unleashing every human’s superpowers.”

The company has turned eyes across Wall Street as it works toward an initial public offering both for its lofty valuation targets as well as for a recent controversy involving Neumann. In July, the We Co. agreed to pay Neumann $5.9 million in stock for the trademark to “We,” previously the property of We Holdings, an investment vehicle run by the CEO and co-founder Miguel McKelvey.

Some prominent real estate investors, unfazed by WeWork’s optimism and concerned about the company’s less-than-stellar corporate governance, are less certain.

Sam Zell, who made nearly $6 billion in the commercial real estate business and joined CNBC on Wednesday, slammed WeWork for offering little more than what already exists in the marketplace.

“Every single company in this space has gone broke,” he said, pointing to WeWork’s IPO disclosure last month of net losses of more than $900 million for the first six months of 2019 on revenue of $1.54 billion.

WeWork, which rebranded itself as the We Co., has 528 locations with plans to open 169 new locations and said that half of its memberships are based outside the U.S. The Wall Street Journal first reported the lowered valuation.