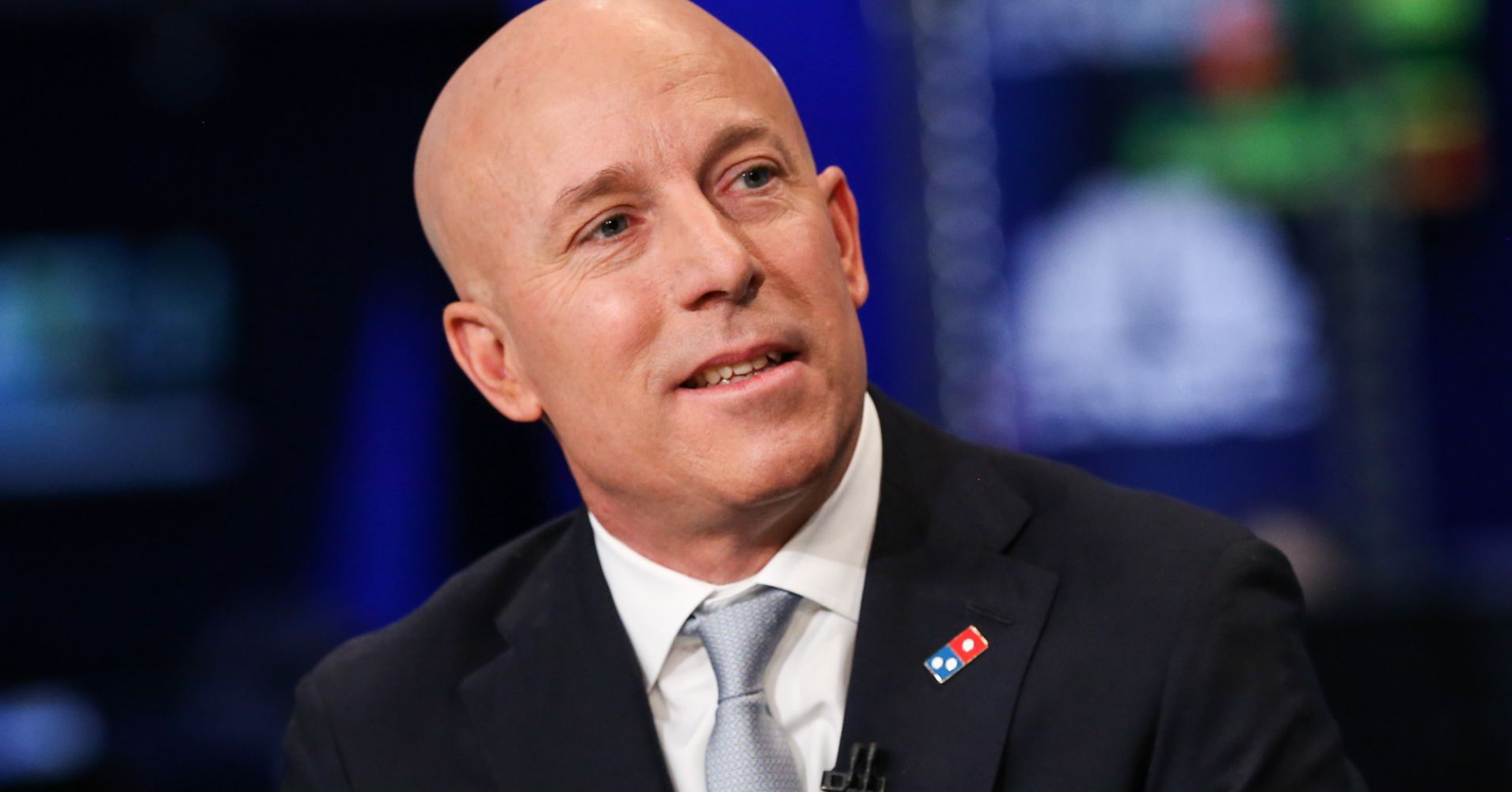 That’s nearly 10,000 more locations in addition to its existing pizza joints in more than 85 markets. The franchise is the second largest pizzeria chain in the world.

“It’s all part of our strategy to fortress the markets that we operate in, which brings a lot of benefits,” Allison explained to “Mad Money’s” Jim Cramer. “[It] gets us closer to the customer so our service improves, lowers the cost of that delivery as we’re driving fewer miles, and also frankly improves the wages for our drivers because they’re getting more delivery runs per hour.”

As more brands like McDonald’s, Starbucks and Chipotle partner with third-party delivery services to grow their customer bases, Domino’s is determined not to outsource to platforms such as Uber Eats and DoorDash.

The company has been investing in its digital services and doesn’t want to give away the margins or data it has gathered from more than 20 million active members in its loyalty program. The loyalty program and better technology has helped the pizzamaker increase its app downloads, boost its operations, and gain more repeat customers, Allison said.

“In addition to all of that, it’s given us some really interesting intelligence about where else our consumers go to buy their pizza,” he said. “They go other places, and now we know a lot more about that than we did just a few months ago.”

The stock jumped after it reported better-than-expected earnings in the first quarter. While it did not beat same-store-sales growth expectations, the 3.9% that Domino’s reported was not as bad as investors feared.

In order to build out its pizza empire, Allison said Domino’s must provide consistent service to customers and offer the cheapest delivery. The goal is to reduce a 9-minute drive to just 5 or 6 minutes, which he said would mean a pie is delivered less than 25 minutes after ordering.

“The more runs that we get per hour — it just improves the economics of each of those delivery orders because in some of the high-wage labor markets today it’s really difficult to take $20 worth of food 9 minutes away form your location and make money on that order,” Allison said. “We have to bring these territories down tighter to accomplish our objectives and to protect ourselves against this new emerging set of competitors.”

Shares of Domino’s closed the session up nearly 5%. The stock is up more than 22% over the past 12 months.