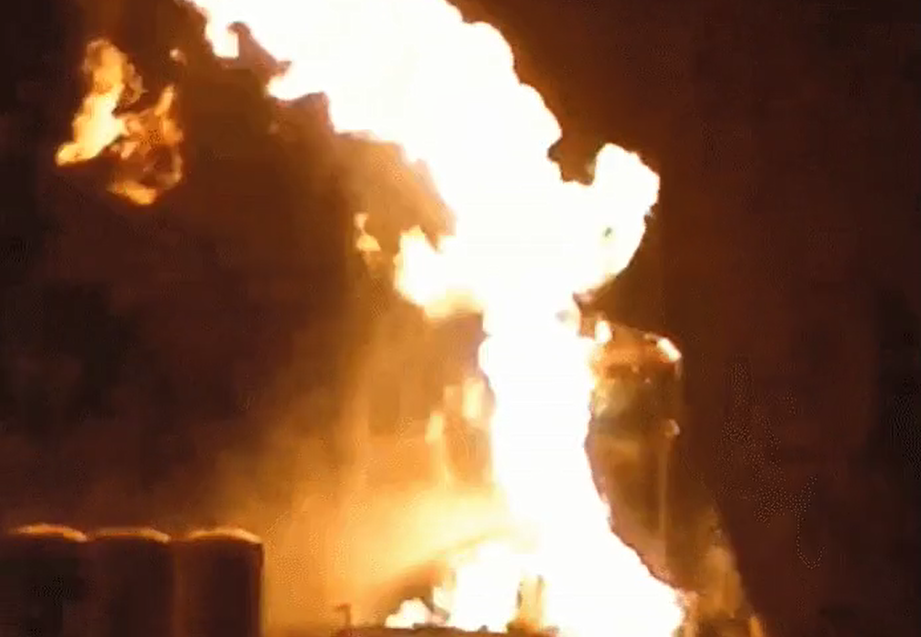 A fireball erupted from the base of SpaceX’s so-called “Starhopper” prototype rocket after a test at the company’s facility in Texas.

A fireball erupted from the base of SpaceX’s prototype rocket minutes after a key test at the company’s facility in Boca Chica, Texas.

The blaze erupted Tuesday evening from what appeared to be a small fire after SpaceX tested the rocket’s engine. Video from a YouTube livestream of the test, used by CNBC with permission, showed the event unfold. It is unclear if any damage was done to the rocket, which is made of stainless steel, and SpaceX has not responded to CNBC’s request for comment on the incident.

Known as “Starhopper,” the prototype rocket is the early version of the company’s Starship rocket. Starship, with an enormous booster called “Super Heavy,” is being built to achieve founder Elon Musk’s dream of transporting up to 100 people to destinations including the moon and Mars.

Starship is intended to be a fully reusable rocket system, meaning SpaceX wants the rocket to be able to quickly launch, land and launch again — much akin to an airplane. This would be a step further than SpaceX’s current “Falcon” series of rockets, which are partially reusable. The Falcon 9 and Falcon Heavy rockets land the largest part— the first or “booster” stage — after a launch. SpaceX has also begun catching the rocket’s expensive nose cone. Recovering the entire rocket is key to Musk’s goal of full reuse.

SpaceX completed the first “hop” of the prototype in April, using one of its next-generation “Raptor” rocket engines. Starhopper is built to fly short, low altitude flights to prove the rocket’s technology, and will add more Raptor engines over time. Although the design may change during testing, SpaceX plans to have seven Raptor engines on board the final version of the massive Starship rocket, with the “Super Heavy” booster utilizing another 31 Raptor engines.

The company is steadily raising funding for both Starship and its internet satellite network, called Starlink. So far this year, SpaceX has sought more than $1.3 billion across three funding rounds, CNBC reported in June. With over $1 billion already raised, SpaceX’s valuation has risen to more than $33.3 billion.