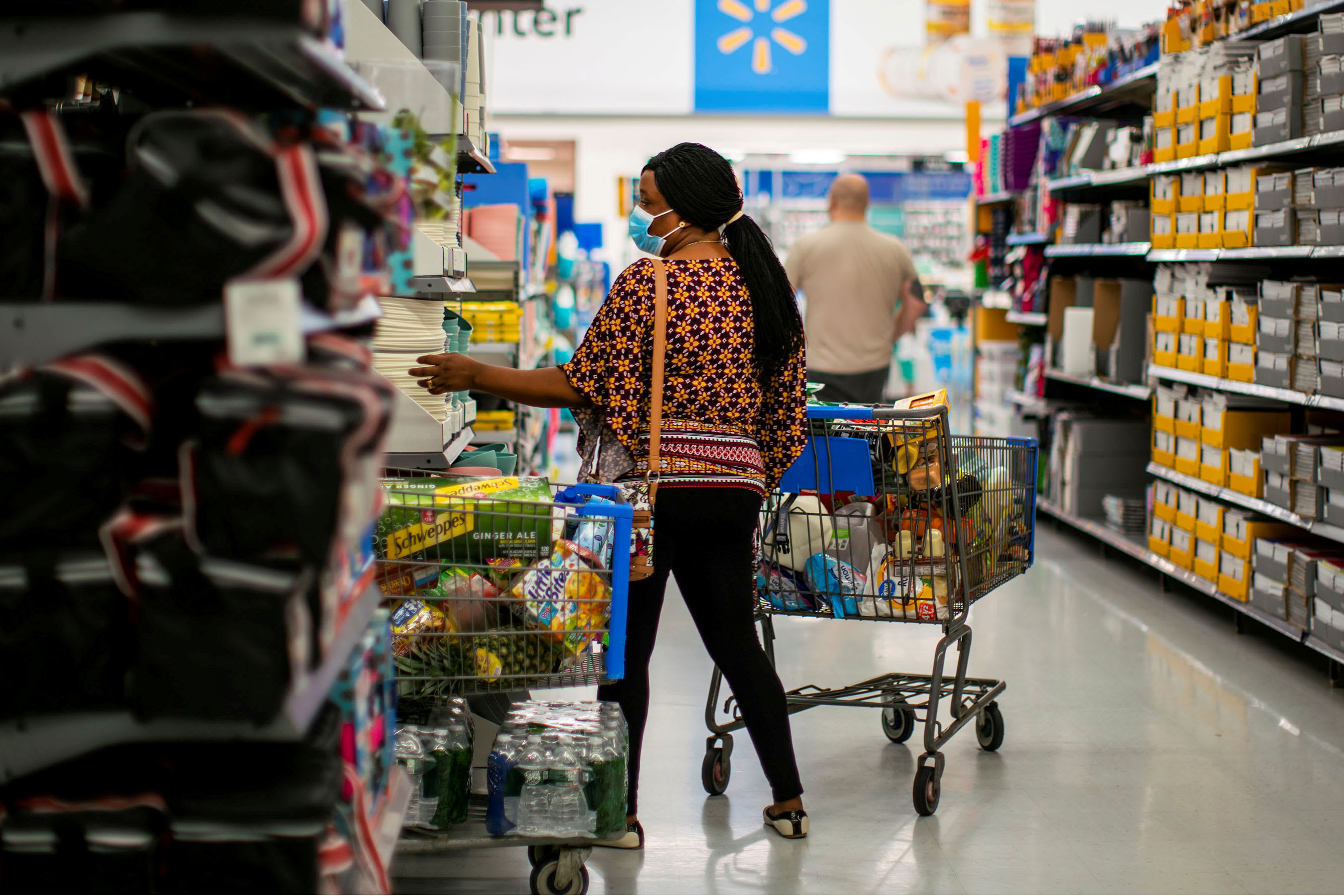 A shopper is seen wearing a mask while shopping at a Walmart store, in North Brunswick, New Jersey, July 20, 2020.Eduardo Munoz | ReutersAt some Walmart stores, robots have roamed the sales floors and helped check if shelves were stocked. But the big-box retailer has now decided to end its contract with the robotics company behind those machines after finding that people can do about the same work, according to a report by The Wall Street Journal.The report, which cited unnamed people familiar with the situation, said Walmart recently cut ties with Bossa Nova Robotics. A Walmart spokesperson told the Journal that about 500 robots were in Walmart’s more than 4,700 stores when the contract ended.Walmart has seen significant growth during the coronavirus pandemic, as Americans buy toilet paper, canned goods, puzzles and more. The company’s online sales nearly doubled in the second quarter, as consumers shipped purchases to their homes and retrieved them by curbside. That’s created a new challenge for the big-box retailer — quickly restocking shelves and making sure it has the right inventory on hand.In a recent interview on CNBC’s “Squawk Box,” Walmart CEO Doug McMillon said sporadic out-of-stocks have continued to be a problem. He said that if he could change one thing about Walmart’s business, it would be “to have an even higher in-stock level.”According to the Journal’s report, Walmart has come up with simple and cost-effective ways to manage the products on its shelves with the help of its workers rather than using the robots. The report said Walmart U.S. Chief Executive John Furner also worried about shoppers’ reactions to the robots.Walmart is pressing ahead with other tech-based experimentation, however. Last week, the retailer said it would turn four stores into e-commerce laboratories that test digital tools and different strategies that could speed up restocking shelves and fulfilling online orders.Read the full story in The Wall Street Journal.

U.S. only at ‘the beginning of the steep part’ of the coronavirus pandemic, Dr. Scott Gottlieb says
Here’s what changed in the November Fed statement
To Top
error: Content is protected !!