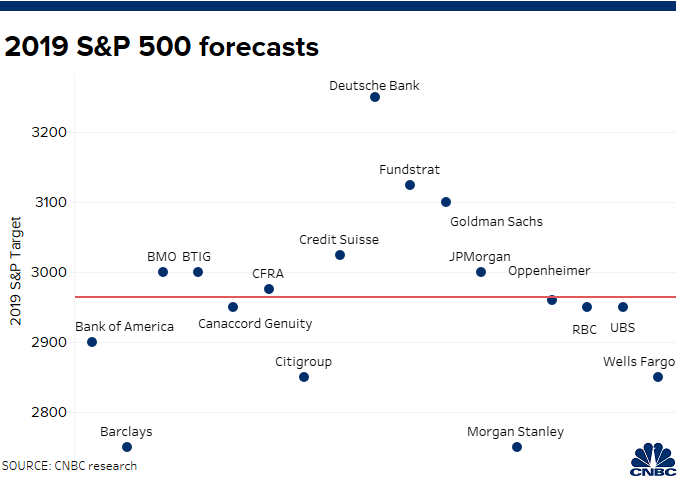 Leading stock forecasters differ greatly on where the S&P 500 will end up by year’s end compared to this same time last year, based on CNBC analysis. The wide range of forecasts reflects the current tumultuous stock environment due to the fragile trade talks with China, a mystifying plunge in bond yields and emerging signs of a possible global recession.

Strategists at Wall Street’s top brokerages and investment banks see a broad array of possible outcomes by the end of December with Deutsche Bank calling for an 11% rally to 3,250 from here while Barclays and Morgan Stanley both seeing another 5% downside to 2,750.

The 17 top stock prognosticators tracked by CNBC’s Market Strategist Survey show Wall Street, on average, sees the S&P 500 drifting 2.2% higher from current levels by the end of the year. But the standard deviation between their forecasts — a gauge how spread out the guesses are — was 127 points or 4.4% of its current level.

That’s in contrast to last year, when nearly half of respondents saw the large-cap index closing the year at 3,000. The standard deviation of those projections was 114, just under 4%.

None of the strategists, however, believe that the market will end the year with losses. The S&P 500 is already up 15.9% for the year, well above the December 2018 lows clinched during a Christmastime volatility spike. Even the most bearish forecasts from Morgan Stanley and Barclays imply a 9.6% gain for the year. 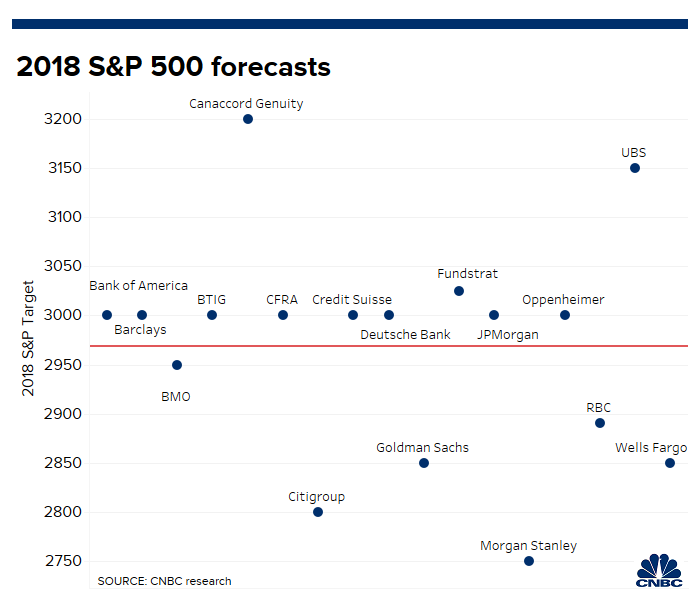 While Subramanian left her 2,900 forecast untouched and noted that investors have been hesitant to rejoin the equity market, she wrote that geopolitical headwinds are enough to keep her on the sidelines for now.

“These warring factors leave us neutral on the S&P 500,” she added. 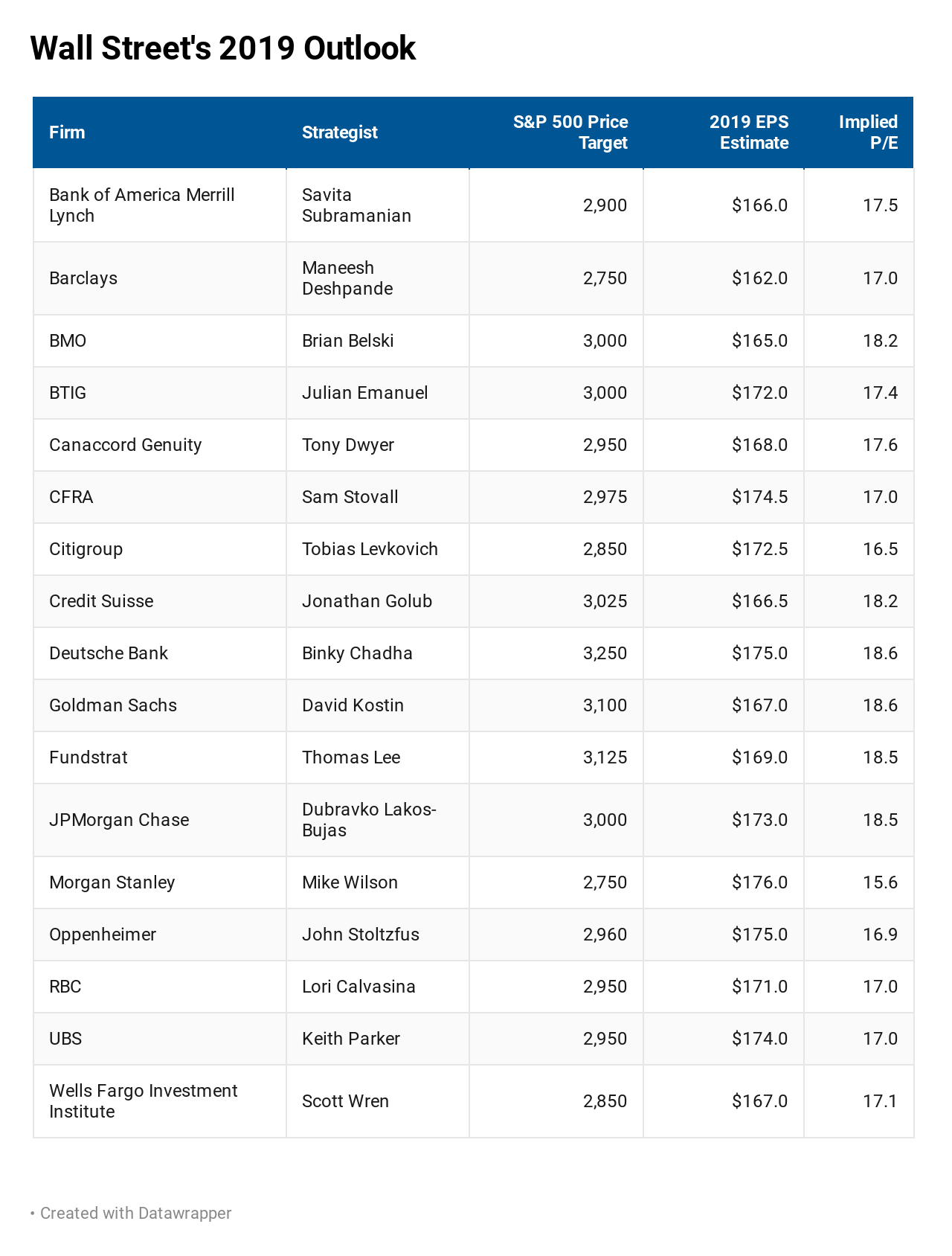