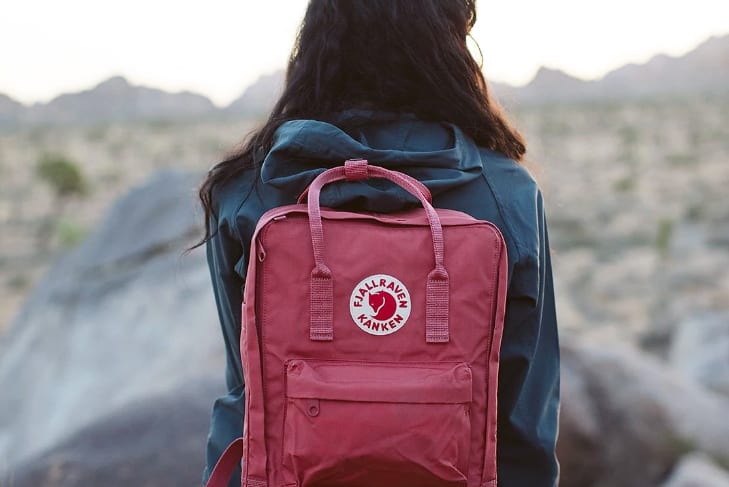 Experts say it’s easy to spot a VSCO girl in the wild.

If they’re adorned with a puka shell necklace, oversized T-shirt, scrunchies, and socks with sandals, the teen is sure to be participating in a fashion trend embraced by middle school, high school and early college-aged girls around the country.

VSCO is a photo editing app that also allows users to post on the Instagram-like platform. Some teens prefer VSCO to Instagram because it doesn’t show likes or comments. But its name (pronounced vis’-co) has been co-opted to be synonymous with a trend in Gen Z clothing, accessories and lifestyle. Experts say the trend is unusual because it involves owning a specific set of products, representing a broader shift in teen culture to strong brand associations.

“The VSCO girl is largely driven by a uniform look, and wanting to look exactly like you fit into a crowd,” said Romney Jacobs, director of client services at trend forecaster The Doneger Group. “Which is interesting because the prevailing idea about trends related to the juniors market in the last five, six or seven years has been about standing out and being an individual. But the VSCO girl is a very specific aesthetic.”

Jacobs described the VSCO girl vibe as laidback, Californian and beachy with an element of streetwear. She said teens are used to “branding themselves” — or showcasing their personality through social media presences — and want to see the same from the brands they wear.

“The concept of brand is interesting in the social media generation, especially looking at Gen Z, when you think about the fact that they’re totally comfortable with the idea of branding themselves in social media,” Jacobs said. “They’re returning to valuing brands because they appreciate what they stand for, that people recognize them, that they look the same over a certain period of time. The power of brands resonates with consumers because they are forced now to brand themselves.”

Jacobs also said that most VSCO girl activity happens on short-form video sharing platform TikTok, not the actual VSCO app. TikTok also where the VSCO girl trend has begun to be mocked. In videos, users poke fun at the group’s homogeneity and quirky behaviors, turning the VSCO girl into a meme.

“Being basic is not necessarily a bad thing anymore,” she said. “Basic for the VSCO girl is seen as aspirational, because they’re adopting the basic elements of style and behavior that their millennial predecessors might recognize. They wear it like a badge of honor.”

Other VSCO girl staples include checkered vans, Apple Airpods, Hydro Flasks covered in stickers, Mario Badescu facial spray, and Fjallraven backpacks. But Napoli said these products can also be expensive and inaccessible for some. A classic Fjallraven pack is $80, while a pair of slip-on Vans runs for $50. Apple Airpods sell for $160.

“Not necessarily everyone can be a part of it, because some of these products cost a lot of money,” Napoli said. “Sometimes VSCO girls can get controversial because they do all look the same way, and it’s almost like if you don’t look that way, you can’t be a part of that tribe, so it’s very much exclusive.”

Brandy Melville, for example, is a retailer popular with VSCO girls. But its clothing is also infamous for only being sold in one (usually small) size. VSCO girls are also mostly white.

Vans, a division of VF Corporation, are choice footwear for VSCO girls. According to data from the NPD Group, Vans sales grew by around 25% in the first half of 2019, while the Nike brand and Brand Jordan grew at a low single-digit pace. Footwear sales at Converse, Adidas, Skechers and New Balance all declined. Checkered versions of the shoe are essential to being a VSCO girl, and data from retail analytics firm Edited shows the style was stocked 20% more by U.S. retailers in the past 6 months.

String bracelets from Pura Vida are also popular among VSCO girls. According to Edited, the accessories are stocked 118% more by U.S. retailers in the last 6 months. Pura Vida, which was recently acquired by Vera Bradley, said the VSCO girl has long been a part of the company’s core consumers.

“We’ve always been promoting this very beachy, carefree lifestyle,” marketing manager Vanessa Skaggs said. “I think we were kind of the forerunners of this trend long before the label of the VSCO girl became popular.”

Crocs and Birkenstocks are both sandals that VSCO girls love to wear with tube socks. Crocs have recently surged in popularity, and sales grew 9.4% in its most recent quarter. The company is the 13th most popular footwear brand among average-income female teens, according to Piper Jaffray’s teen survey, growing from 30th in 2017.

“One of the core attributes Crocs shares with many of the brands or products associated with the VSCO girl aesthetic is that we were there from the beginning,” Crocs’ chief merchandising officer Terence Reilly said in an email. “These young consumers are increasingly looking towards iconic, heritage styles that they see as timeless, and that’s why we think Crocs is a brand that’s resonating with them so well.”

Inventory of Birkenstocks were up 140% at Nordstrom and 171% at Zappos over the past three months from August, according to Edited.

The preferred backpack of VSCO girls is the boxy, rustic pack from Swedish company Fjallraven Kanken. Edited said the backpacks are in stock 33% more this season than last.

“Kanken has seen a lot of trends come and go, different group and audiences identifying themselves with it or using it to their life stories. But Kanken has always just been Kanken — it hasn’t really changed since 1978,” a company spokesperson said in an email.

Jacobs noted VSCO girls connect with these particular brands so much because they have a story and mission that resonates with teens.

“The brands that are name-checked and are popular to the VSCO girl have a very clear brand purpose,” Jacobs said.

Pura Vida, for example, donates 10% of net sales per product to its charity partners. Hydro Flask has donated $838,000 and 17,447 bottles to non-profits that support and provide better access to parks. And Fjallraven Kanken emphasizes the sustainability of its materials and production process.

Even though the VSCO girl vibe is summery and beachy, Jacobs said the trends will continue through the school year as teens adapt pieces into being more winter-appropriate. Instead of the shimmery and brightly colored scrunchies that VSCO girls wear now, they might begin donning velvet fabric scrunchies. Jacobs also said she’s already seen oversized pullovers, fleeces, and sweatshirts becoming popular.