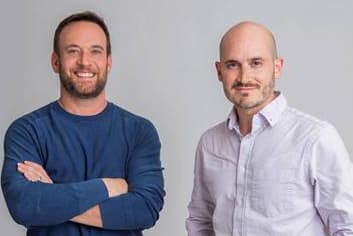 Gaming is getting its own network.The Video Game Entertainment and New Network, or VENN, has raised $17 million in seed round funding to launch a network that will focus on gaming and esports entertainment.VENN will launch in 2020 with two live studios, one in New York and one in Los Angeles. It will broadcast content on streaming platforms including Twitch and YouTube, which have become the most popular platforms for video game streaming, as well as on social media platforms. The network also has target distribution deals with all “skinny bundles,” including Pluto TV, YouTube TV and Sling, to stream programming.Founders Ariel Horn and Ben Kusin created VENN to fill in the gaps in esports and gaming content that they believe came about as publishers focused on keeping up with industry demands. “They’re focused primarily on making new games and extending the lifetime of play for existing games,” said Horn. “There was a hunger around creating content that not only was the esports competition, but a variety of other entertainment crossover content that would bridge everything from reality to game shows to elevating streamers from where they are right now.”Horn built and drove much of the esports production at Riot Games and Blizzard Entertainment, while Kusin was previously at Vivendi Games, which merged with Activision in 2007 to become Activision Blizzard. VENN has also allowed investment into the content and production-side of the growing global gaming industry, Kusin said.The video game industry is projected to generate over $150 billion worldwide in 2019, while the esports industry could become a billion-dollar industry this year, according to research firm Newzoo. “We’re looking at a very interesting asymmetric here, an industry that makes $150 billion a year with no TV network,” he said. “The wide space of opportunity and the opportunity itself is very attractive to the investor community.”Some of the gaming industry’s biggest pioneers, including Riot Games co-founder Marc Merrill and Blizzard Entertainment co-founder Mike Morhaime, were part of the funding round. Merrill, who co-created Riot’s popular “League of Legends” flagship game, emphasized VENN’s necessity as a hub for “highly resonant content” that reflects the broad scope of the gaming audience and the nuances of its different communities.”[Ariel and Ben] deeply understand that the challenge is going to be to create incredible content that has a voice and authentic brand across a variety of channels and distribution platforms,” Merrill told CNBC. “If that comes to fruition, it’s value added [for gaming as a whole].”Twitch co-founder Kevin Lin and esports ownership group aXiomatic — whose own investors include basketball legend Michael Jordan — are also some of the upcoming network’s big gaming industry investors. The round also included hedge fund founder Alec Litowitz’s private capital group Reimagined Ventures as well as Topgolf Media president and World Golf Tour game founder YuChiang Cheng.Esports’ digital and global nature could allow VENN to have an even larger cultural impact than watershed networks like ESPN and MTV did when they were founded, said Cheng. “[VENN] can be way more diverse and inclusive, and I think gaming needs that in spades but on a global scale,” he said in an interview. “Esports [already has a far more inherently global audience than when networks like ESPN and MTV were launched], and that worldwide outreach will grow thanks to unique opportunities that will come with how these channels and notes are built.”Subscribe to CNBC on YouTube.