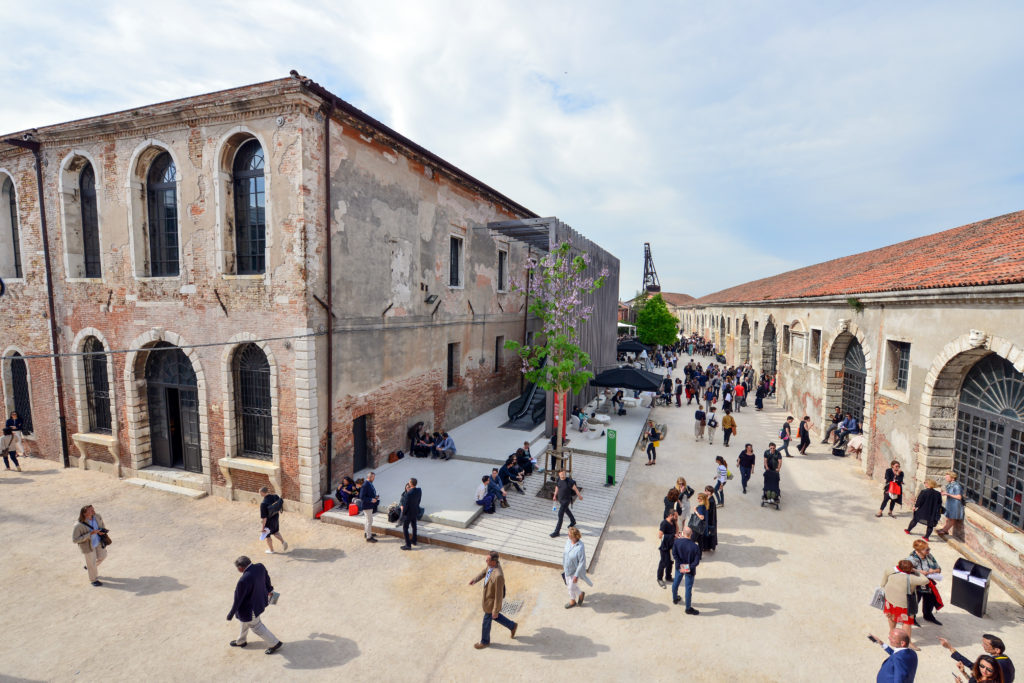 The Venice Biennale has named the five members of the international jury for awards and recognition during the 2019 exhibition opening in May.

Stephanie Rosenthal, who will serve as jury president, is director of the Gropius Bau art center in Berlin. She also served as artistic director of the 20th Biennale of Sydney in 2016.

Defne Ayas works as curator at large for the V-A-C foundation in Moscow. From 2012 to 2017, she directed the Witte de With Art Center for Contemporary Art in Rotterdam, and she curated the Turkish pavilion at the 56th Venice Biennale.

Cristiana Collu is general director of the Galleria Nazionale d’Arte Moderna e Contemporanea in Rome. She previously worked as director of the Museum of Modern and Contemporary Art of Trento and Rovereto in Italy.

And Hamza Walker, after more than 20 years curating shows at Chicago’s Renaissance Society, is currently director of LAXART, a nonprofit art space in Los Angeles.

It may also designate one special mention to national participants, and a maximum of two special mentions to artists in the international exhibition.