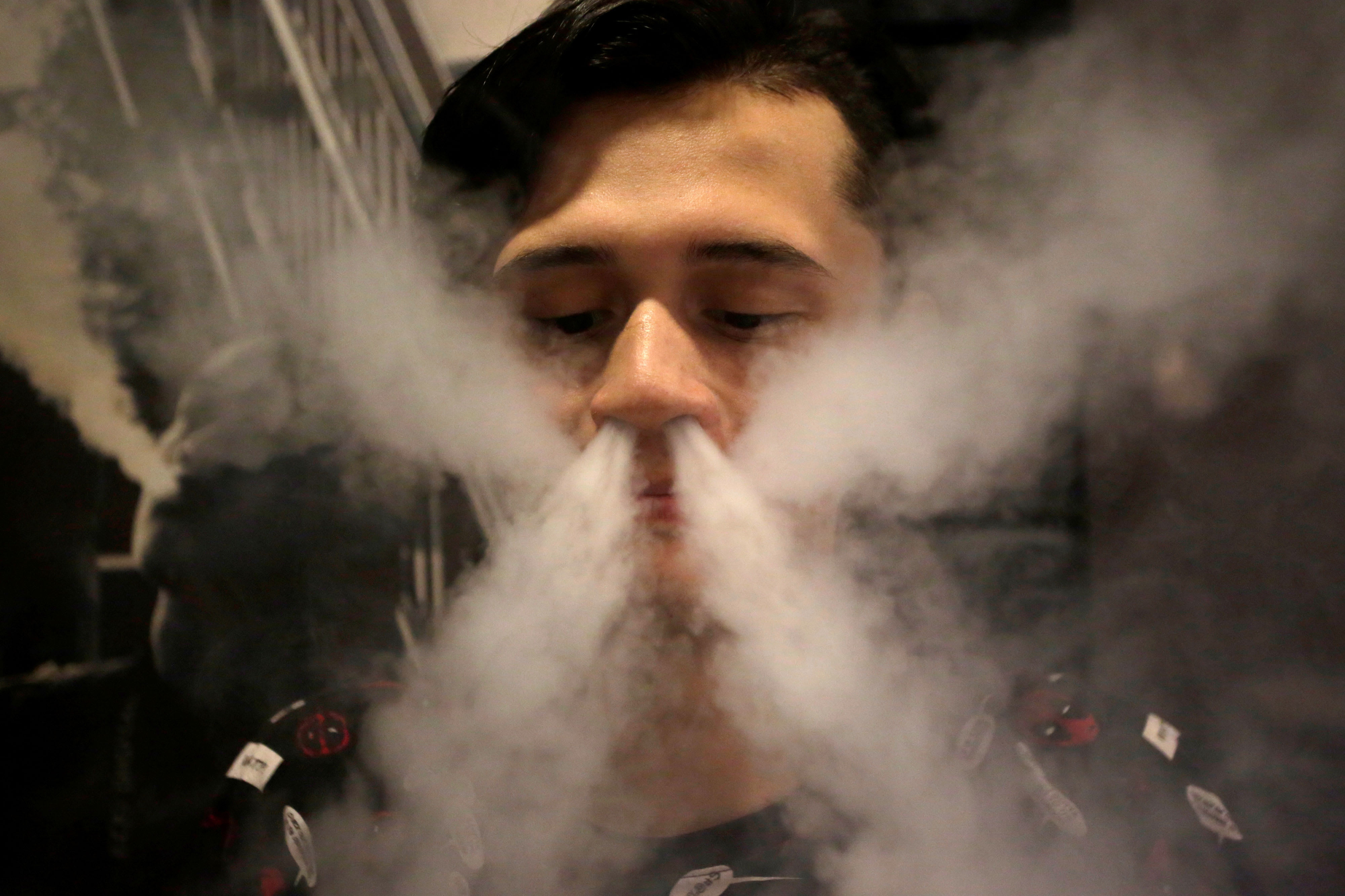 A man poses for a picture as he vapes at a vape shop.

U.S. health officials are investigating 215 possible cases of severe lung disease associated with vaping across 25 states, the Centers for Disease Control and Prevention and the Food and Drug Administration said in a joint statement Friday.

The agencies said they need more information to understand whether there’s a relationship between specific products or substances and the reported illnesses. As of now, it does not appear the cases are linked to one particular product, the agencies said, noting that in “many” of the cases, patients reported using THC or CBD, compounds found in cannabis.

“Even though cases appear similar, it is not clear if these cases have a common cause or if they are different diseases with similar presentations, which is why our ongoing investigation is critical,” CDC Director Robert Redfield and acting FDA Commissioner Ned Sharpless said in a joint statement.

Health and Human Services Secretary Alex Azar in a separate statement said, “this situation, and the rising tide of youth tobacco use, is a top public health priority for the Trump Administration and every leader at HHS.”

People who use vape should not buy products off the street, modify e-cigarette products or add any substances that are not intended by the manufacturer, the CDC and FDA said. People who use e-cigarettes should monitor any symptoms and seek medical attention if they have any concerns about their health, they added.

Patients in many cases experienced symptoms gradually, including breathing difficulty, shortness of breath and chest pain before being hospitalized. Some people reported vomiting and diarrhea or other symptoms like fevers or fatigue.

The CDC on Friday also issued a health advisory to make doctors and public health officials aware of the outbreak of severe lung disease and encourage them to share any information they have with the CDC.

An Illinois patient died last week from a critical lung disease in what regulators consider the first vaping-related death in the U.S. As of Thursday, the state has recorded a total of 27 cases that fit the description of the illness and another eight that need more investigation.

Illinois Department of Health Director Ngozi Ezike told CNBC on Thursday that patients in more than half of the 27 cases reported vaping THC, the compound in marijuana that produces a high. Health officials are still gathering reports of different products and cannot narrow the precise cause yet, she said.

State health departments are coordinating to share information with each other and federal agencies, including the Centers for Disease for Control and Prevention and the Food and Drug Administration. While the dangers of smoking cigarettes are well documented, the risks of vaping — whether nicotine or THC — are relatively unknown.

“We’re on the cusp of what we consider new territory in that this is not an illness or an association between vaping and acute respiratory illnesses that have been reported before or that CDC even collects information on,” Ezike said.

Regulators are puzzled over why the mysterious disease is appearing so frequently. Former FDA Commissioner Scott Gottlieb told CNBC last week that it may be due, in part, to a rise in counterfeit e-cigarette products. Gottlieb is a CNBC contributor.