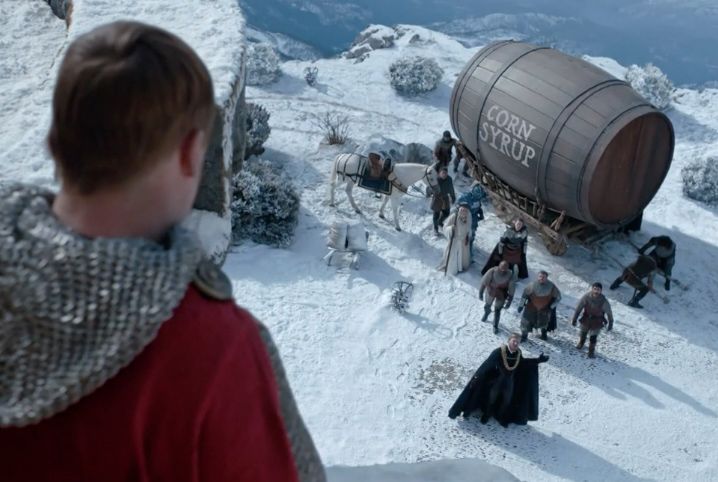 A U.S. court on Friday barred Anheuser Busch InBev, the world’s largest beer maker and brewer of Budweiser brand beers, from using parts of its marketing that said rival Molson Coors Brewing’s MillerCoors used corn syrup in the production of its light beers.

Federal court judge William Conley of the Western District of Wisconsin ruled partially in favor of Molson Coors in a lawsuit against Anheuser Busch for false advertising and misuse of the Miller and Coors trademarks.

In his ruling, Conley said Anheuser Busch had hoped to exploit confusion surrounding the use of corn syrup in beer production, and that “consumers would interpret advertising statements about ‘made with corn syrup’ or ‘brewed with corn syrup’ as corn syrup actually being in the final products.”

MillerCoors, the U.S. arm of Molson Coors, has said that Miller Lite and Coors Light do use corn syrup, while Bud Light uses rice, to aid fermentation. But it says that the sweetener gets consumed by the yeast during fermentation, meaning it is not in the final product.

It also allows Belgium-based Anheuser Busch to continue running some of its corn syrup ads.

“We are pleased with today’s ruling that will force Anheuser Busch to change or remove advertisements that were clearly designed to mislead the American public,” MillerCoors CEO Gavin Hattersley said.

After the Super Bowl commercial, Anheuser Busch faced a backlash from both the targeted brewer and corn farmers, who took to social media to complain. Some posted videos of people pouring cans of Bud Light down the drain, and the National Corn Growers Association expressed disappointment with the beer maker.

The judge deferred ruling on whether existing Bud Light packaging, which claims the beer has “no corn syrup,” will have to be removed from stores. The two parties are supposed to brief the court on their views on that matter in the coming weeks.