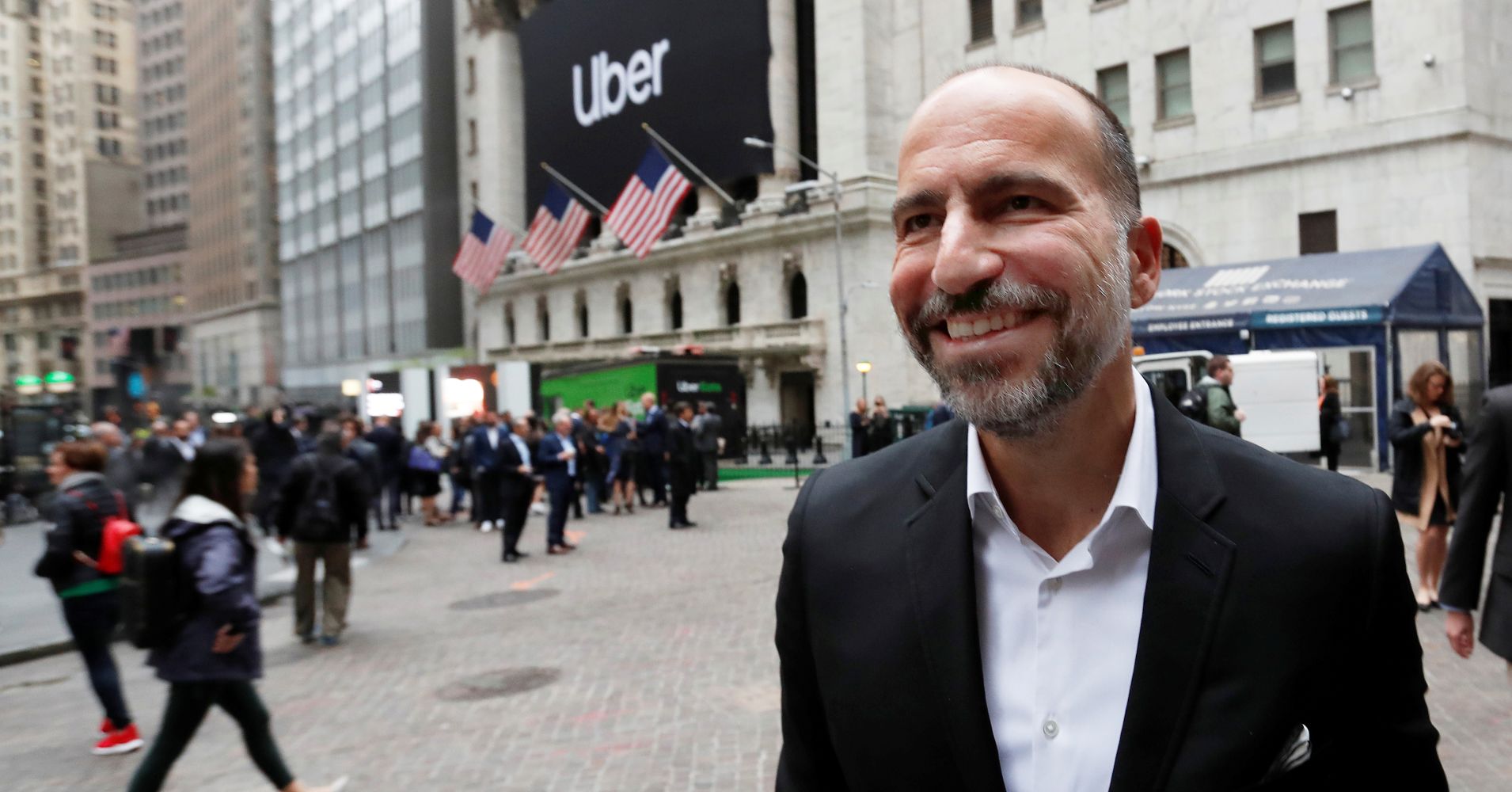 In its IPO filing, Uber posted an adjusted EBITDA loss of $1.85 billion in 2018. But Uber executives have leveraged its losses as a way to compare the company to another infamously unprofitable company at its IPO: Amazon. Uber’s financials still look different from Amazon’s at its IPO. As Uber prepared its debut, it was a much bigger company than Amazon was and already has slowing revenue growth. But Khosrowshahi said in his CNBC interview that he stands behind the comparison.

“It’s a fair comparison at the wrong time,” he said. “So a lot of private companies now are holding off much longer before they go public. We are much bigger, much more mature as a company as we go public, and if you do look at the growth rates, our audience is growing 33% on a year on year basis, transactions are growing 36%. To be able to grow transactions 36% on a $50 billion base is pretty incredible, and we hope to keep it going.”

Watch: Why Uber is losing money and what it will take to become profitable

How to respond to stock market volatility? Depends on your age
Boston Beer Company to buy Dogfish Head Brewery in a $300M deal
To Top
error: Content is protected !!