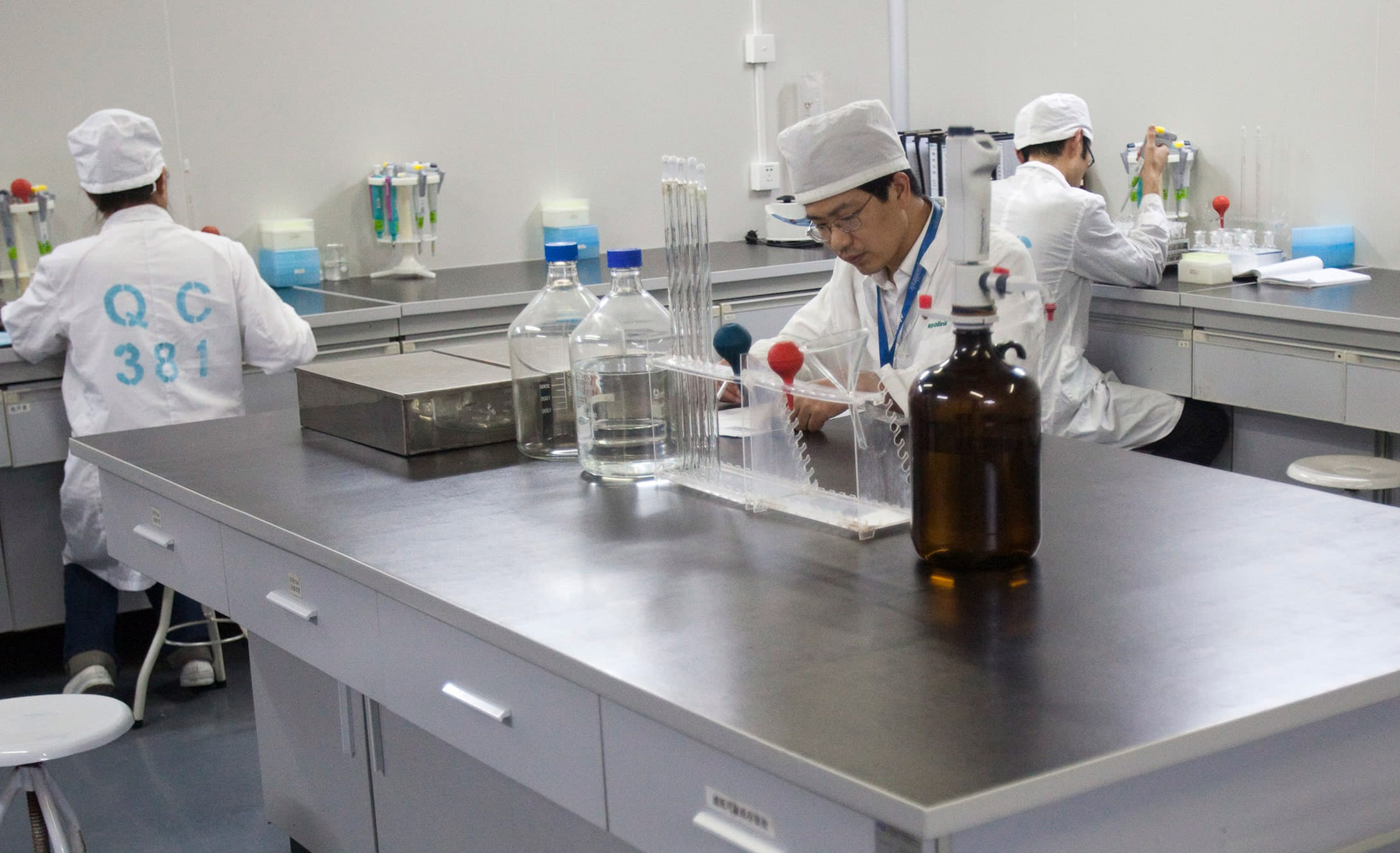 Technicians work at the Shenzhen Hepalink Bio-Tech Co. Ltd. production facility in Shezhen, Guangdong province, China.Nelson Ching | Bloomberg | Getty ImagesAntibiotics, which turn life-threatening infections into minor nuisances, are considered the biggest advance in modern medicine.But imagine if the supply of antibiotics to the United States was suddenly cut off.American national security officials are worried about that scenario as they come to grips with this little-understood fact: The vast majority of key ingredients for drugs that many Americans rely on are manufactured abroad, mostly in China.As the U.S. defense establishment grows increasingly concerned about China’s potentially hostile ambitions, the pharmaceutical supply chain is receiving new scrutiny.”If China shut the door on exports of medicines and their key ingredients and raw material, U.S. hospitals and military hospitals and clinics would cease to function within months, if not days,” said Rosemary Gibson, author of a book on the subject, “China RX.”Or, Gibson told NBC News, China could potentially “weaponize our medicines. They can sell us medicines without any medicine in them. They can sell medicines that have lethal contaminants in it.”Other generic drugs whose key ingredients are manufactured in China include medicines for blood pressure medicine, Alzheimer’s, Parkinson’s, epilepsy and depression, Gibson says.”We can’t make penicillin anymore,” said Gibson. “The last penicillin plant in the United States closed in 2004.”A Chinese manipulation of drug ingredients or supply may seem like a fairly remote possibility. A state-run Chinese paper said this week that there’s little chance the government would deliberately harm Americans by cutting off the flow of antibiotics.But as the Trump administration’s trade war with China heats up, a leading Chinese economist gave voice to the worst fears of U.S. policymakers in March, in a speech to an annual national congress.”China is the world’s largest exporter of vitamins and antibiotic raw materials,” he said, according to an NBC News translation. “Once the export is reduced, the medical systems of some developed countries will not work.”The Pentagon has noticed.”The national security risks of increased Chinese dominance of the global API market cannot be overstated,” Christopher Priest, the acting deputy assistant director for health care operations and Tricare for the Defense Health Agency, told a U.S.-China advisory panel last month in Washington.The Defense Health Agency provides health care and prescription drugs to the military.Priest told the U.S.-China Economic and Security Review Commission that the White House National Security Council is trying to identify medications most at risk if the Chinese decide to use drug supply as a weapon. An NSC spokesman did not respond to a request for comment.