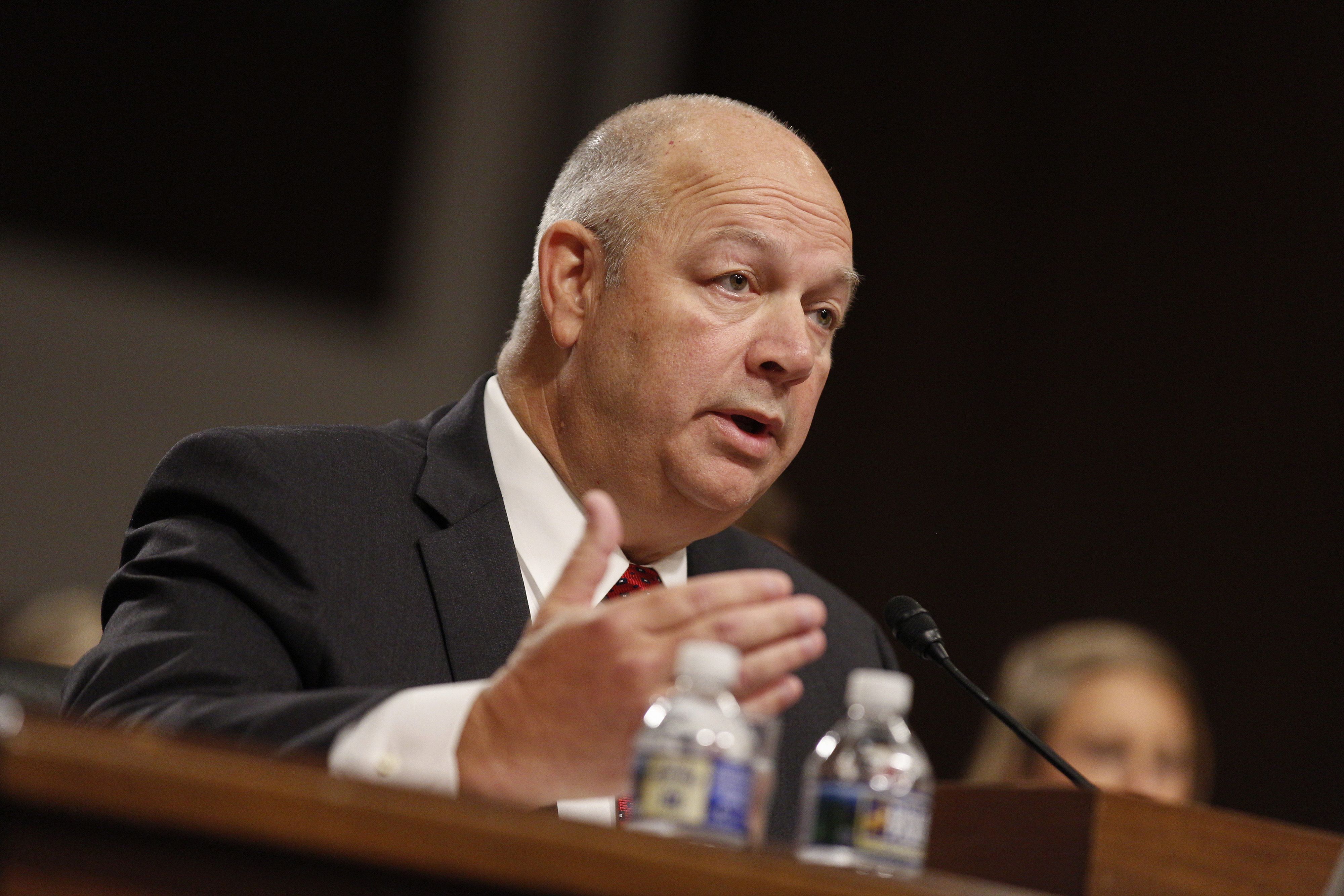 A Senate committee is delaying the confirmation of President Donald Trump’s pick to run the Federal Aviation Administration to look into claims made about the nominee, Stephen Dickson, in a whistleblower lawsuit.

Delta pilot Karlene Petitt accused Delta Air Lines of allegedly retaliating against her after she reported safety concerns to Dickson, who was an executive at the airline at the time.

Petitt said in the lawsuit, which is still pending, she raised concerns in January 2016 to Dickson and another executive about pilot fatigue, training and other issues. Petitt alleged she was put on leave with pay, pending a psychiatric evaluation, after she filed her report.

In filling out his nomination questionnaire for the committee, Dickson made no mention of the on-going lawsuit, according to a copy of the questionnaire. Dickson, who left Delta last year, was a senior vice president of flight operations at the time.

The committee wasn’t aware of the issue prior to Dickson’s hearing, a committee aide told CNBC.

“Since holding the nomination hearing with Mr. Dickson, new information has come to the committee’s attention that merits further examination,” Committee Chairman Roger Wicker, R-Miss., said in a statement. Lawmakers are reviewing the matter and asked the Department of Transportation and the White House to do the same, he said.

Trump chose Dickson to head the agency “because of his almost three decades of experience at Delta where he oversaw global flight operations,” White House Spokesman Judd Deere said. “The White House has complete confidence in his nomination and expects him to be confirmed.”

Lawmakers didn’t say how long it will take to review the case.

The holdup comes as the FAA faces multiple investigations into how the agency approved the Boeing 737 Max, which was involved in two fatal crashes within five months of one another, killing a total of 346 people. The FAA followed aviation regulators around the world in grounding the jets in mid-March following the second crash.

The FAA hasn’t had a permanent head since Michael Huerta stepped down in January 2018. Daniel Elwell currently serves as the acting chief of the agency.

Dickson has been cooperating with the investigation since the information came to light, the committee aide told CNBC.

Delta said its staff is encouraged to report their concerns.

“The very core of our safety program is employee reporting. Every single Delta employee is encouraged and empowered to report potential concerns and we do not tolerate retaliation against employees who raise concerns,” the carrier said in a statement.

Simone Biles’ road to GOAT status, sixth US all-around title, and how it almost didn’t happen