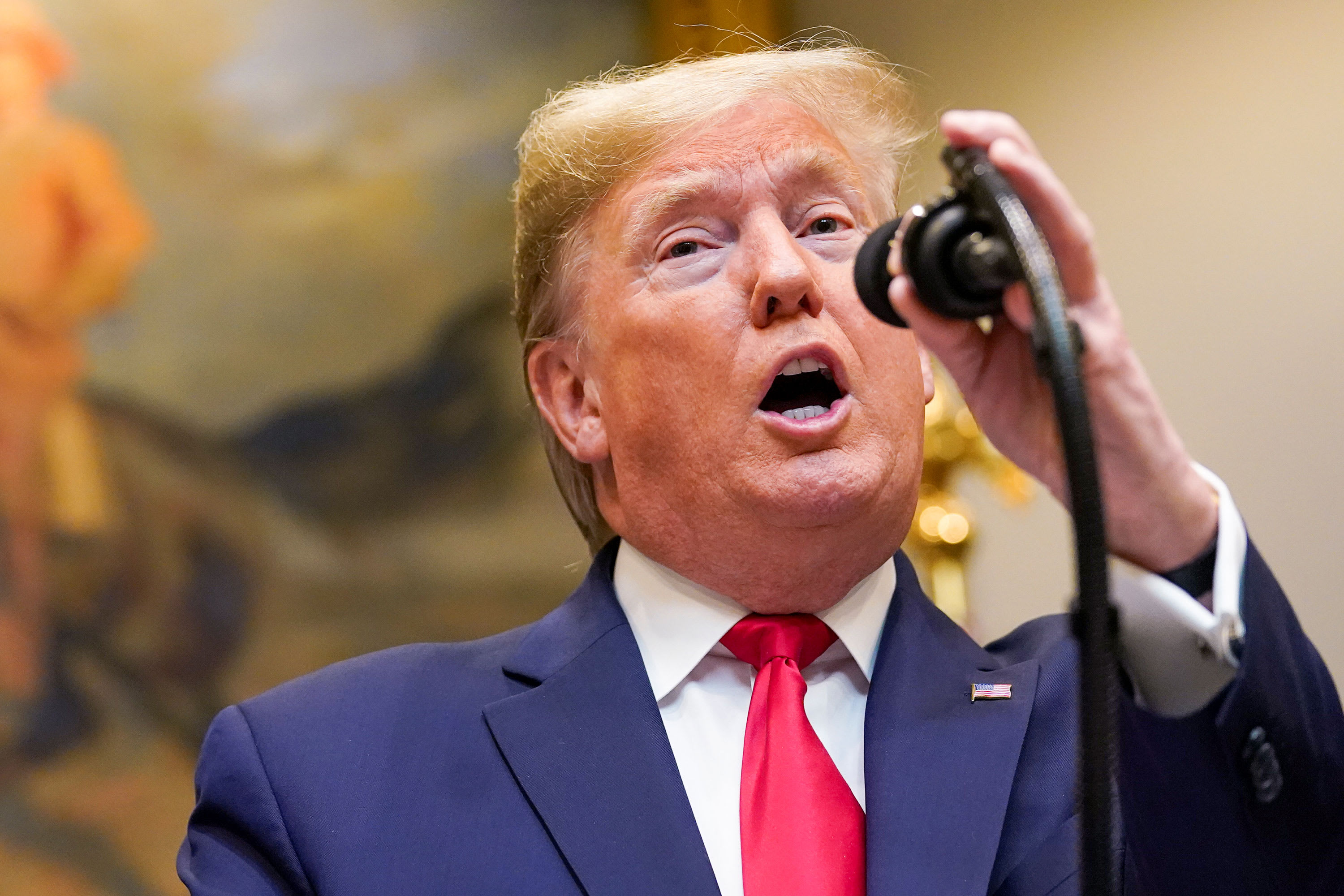 President Donald Trump speaks during an event to announce proposed rollbacks to the National Environmental Policy Act regulations in the Roosevelt Room of the White House in Washington, January 9, 2020.Kevin Lamarque | ReutersPresident Donald Trump on Wednesday finalized a rollback to the country’s landmark environmental law, the National Environmental Policy Act, by speeding up approval for federal projects like pipelines, highways and power plants. NEPA was signed into law by President Richard Nixon 50 years ago and requires federal agencies to consider the environmental consequences of infrastructure projects before they are approved. The law has also been vital in allowing communities to weigh in on how such projects impact climate change and their own health and safety. In a major victory for the energy industry, the administration’s changes will aim to decrease the number of infrastructure projects that will be subject to NEPA review, effectively shortening long permit processes that have historically delayed projects. Trump made the announcement at the UPS Hapeville Airport Hub in Atlanta, Georgia. The president pointed to some U.S. infrastructure projects that have been delayed due to extensive litigation and permit processes: “All of that ends today,” he said. “We’re doing something very dramatic.”The move is the latest effort from the Trump administration to roll back a slew of environmental regulations in place to combat accelerating climate change and protect natural habitats from drilling and development. The administration has so far rolled back more than 100 environmental rules, and previously announced its intent to weaken NEPA in January. Environmentalists swiftly condemned Trump’s announcement, arguing that the decision curtail the public’s right to have a say in the development of pipelines and other projects in their neighborhoods and disproportionately affects poor and minority communities, many of whom live in areas with higher rates of pollution.”The Trump administration’s anti-environment agenda is a racist agenda. Dismantling NEPA is a blatant attempt to silence the working class communities of color who are resisting the expansion of fossil fuel infrastructure into their communities,” said Lisa Ramsden, senior climate campaigner of Greenpeace USA. Gina McCarthy, president and CEO of the Natural Resources Defense Council, said the administration’s roll back of NEPA is a clear effort to allow industries to more easily pollute communities and limits the ability of communities to have input on projects. “People have a right to weigh in before a highway project tears up their neighborhood or a pipeline goes through their backyard,” McCarthy said in a statement. “Steamrolling their concerns will mean more polluted air, more contaminated water, more health threats and more environmental destruction.””Now more than ever our leaders should be helping people breathe easier, not handing out favors to oil drillers, pipeline developers and other polluters,” McCarthy said. However, Republican officials and the oil and gas industry have long complained of lengthy, burdensome approval process for projects that are often under scrutiny of environmental groups. The American Petroleum Institute was one of the industry groups that was urging the administration last year to modernize and speed up NEPA reviews in a way that “strengthens our economy and enhances environmental stewardship.”The move to dismantle NEPA will likely be challenged in court and also come before the November election. Under a different administration, Congress could potentially put an end to Trump’s weakening of NEPA by a majority vote and the president’s signature. Democratic presidential nominee Joe Biden, who recently unveiled a $2 trillion climate change plan, has vowed to reverse Trump’s environmental rollbacks. “This may be the single biggest giveaway to polluters in the past 40 years,” said Brett Hartl, government affairs director at the Center for Biological Diversity.”NEPA’s dismantling is a win for corruption, a win for polluters, and a win for those that profit off the destruction of our planet,” Hartl said. “Everyone else loses.”

AirAsia is confident it can return to profitability in 2021, CEO says
Scientists call for volunteers to be infected with the coronavirus to test vaccines
To Top
error: Content is protected !!