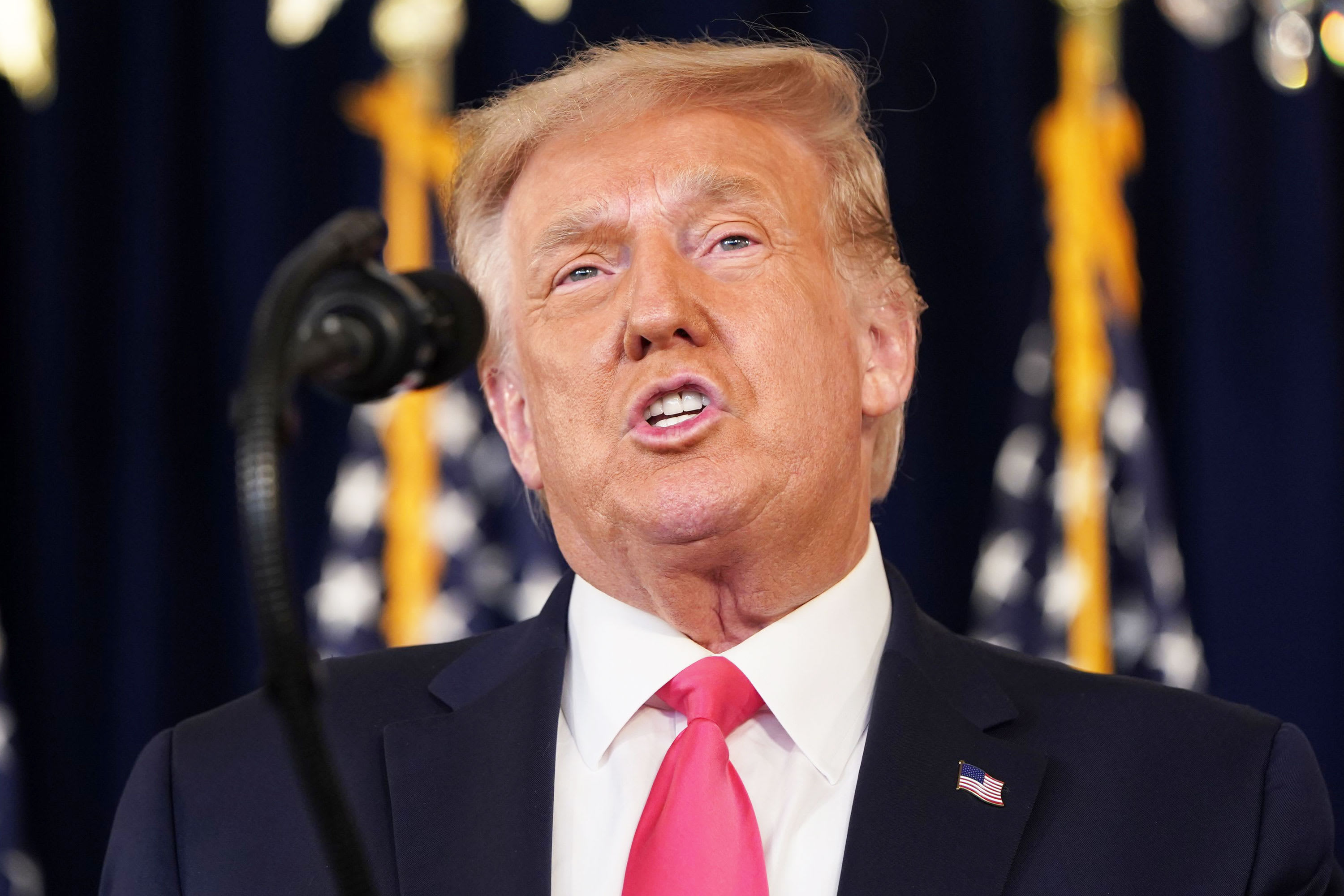 U.S. President Donald Trump speaks during a news conference amid the spread of the coronavirus disease (COVID-19), at his golf resort in Bedminster, New Jersey, August 8, 2020.Joshua Roberts | ReutersPresident Donald Trump on Monday urged Americans to stop politicizing the coronavirus, only to blame the outbreak in the United States on China moments later.”We must stop politicizing the virus, but instead must be united in our condemnation of how this virus came to America, how this virus came to the world,” Trump said during a White House press briefing on the coronavirus pandemic. “And we’re going to figure it out and we’re going to find out and we’re very angry about it.”Moments later, Trump blamed China while discussing extending a freeze on home evictions due to the pandemic. He signed an executive order Saturday extending the federal protections from evictions after a moratorium lapsed in late July.”It’s not their fault. The virus came from China. It’s China’s fault,” he said.Using a racially charged term, Trump also claimed nearly half of all deaths in the U.S. from the “China virus” are in nursing homes and long-term care facilities.The virus, which emerged from Wuhan, China, a little over seven months ago, has infected more than 20 million people worldwide and killed at least 732,128, according to data compiled by Johns Hopkins University. The U.S. has the worst outbreak in the world with more than 5 million cases and at least 162,950 deaths, Hopkins data shows.Trump has repeatedly blamed China for causing the pandemic and exacerbating it in the U.S., saying China early on hid the extent of its outbreak. And earlier in the year, Trump pulled funding the World Health Organization, accusing the agency of being “China-centric.”However, public health experts say the Trump administration failing to act quickly to contain the virus, a lack of a coordinated response between the federal government and states and early missteps on testing are among the top reasons the U.S. has so many cases.Trump also touted Monday the nation’s progress with the pandemic, saying U.S. health officials are continuing to see “encouraging signs.” He said the rate of new cases continue to decline in Florida and Texas as well as hospitalizations. The U.S. is continuing to monitor states in the Midwest, which have seen an uptick in the rate of coronavirus tests that come back positive. “I do want to say that at the end of a very short period of time we will be in good shape in this country,” he said.

Air India Express plane skids off hilltop runway, cracks, killing 18
‘The death toll would be enormous,’ Fauci says of herd immunity to coronavirus in the U.S.
To Top
error: Content is protected !!