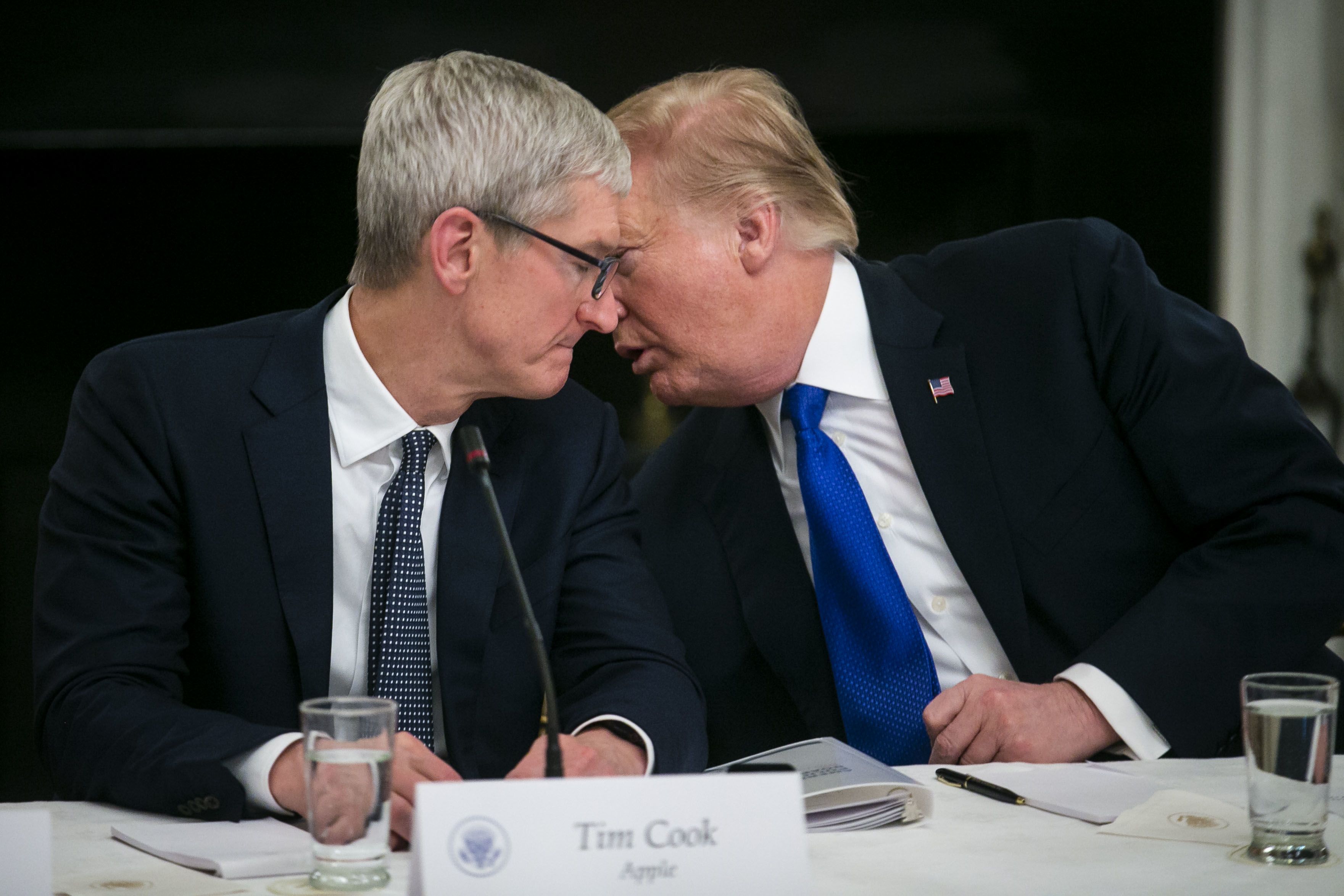 U.S. President Donald Trump speaks with Tim Cook, chief executive officer of Apple Inc., during an American Workforce Policy Advisory board meeting in the State Dining Room of the White House in Washington, D.C., U.S., on Wednesday, March 6, 2019. Senator Chuck Grassley of Iowa, one of the few Republicans with the power to request President Trump’s tax returns wants to make sure that if House Democrats are successful in getting them, he wants to see them, too. Photographer: Al Drago/Bloomberg via Getty Images

President Donald Trump tweeted on Friday that he plans to have dinner with Apple CEO Tim Cook.

“Having dinner tonight with Tim Cook of Apple. They will be spending vast sums of money in the U.S. Great!” he tweeted on Friday.

It’s not the first time that Cook and Trump have dined together. The two moguls have met several times, and last August Cook had dinner with Trump in Bedminster, New Jersey, at Trump’s golf club.

Trump was in in Bedminster, New Jersey, this week, according to media reports.

The second part of Trump’s tweet is referring to a press release Apple put out on Thursday in which it described the money it spent on U.S.-based suppliers and vendors.

In the release, Apple said it employs 90,000 people in the United States, and spent $60 billion on U.S. suppliers.

Apple opposes tariffs on imports from China, one of Trump’s primary issues. It assembles many of its products in China. Earlier this week, the Trump administration granted a temporary reprieve on some products imported from China that were due for a 10% tariffs, including iPhones and MacBook laptops.

Bank of America estimated that if 10% tariffs were to be placed on the iPhone and other major Apple goods that Apple could face a drop of 50 to 75 cents per share per year.

Starbucks will stop selling newspapers in its cafes