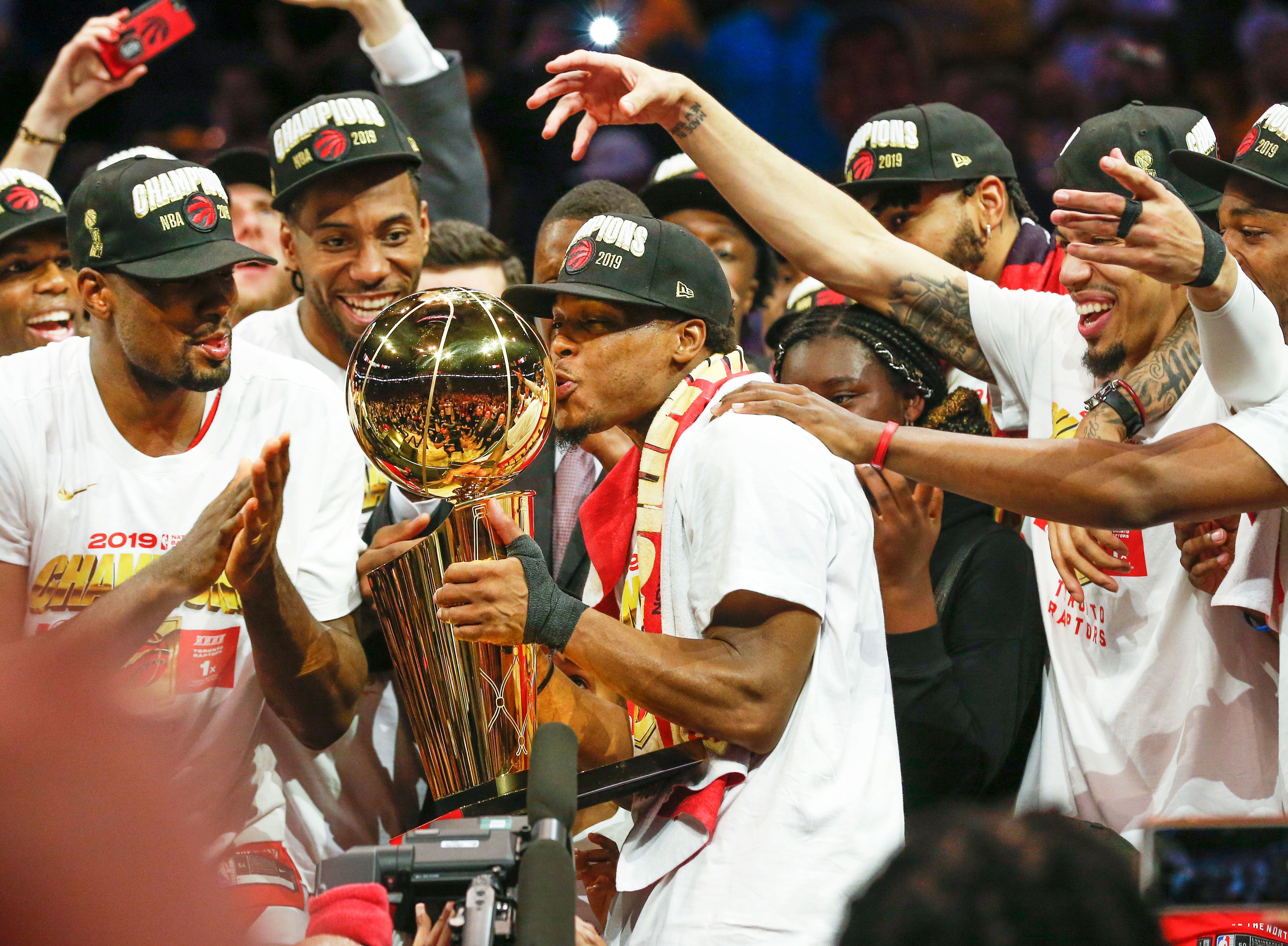 The Toronto Raptors delivered Canada its first NBA title with a 114-110 victory over the two-time defending champion Golden State Warriors on Thursday that set off a country-wide celebration.

With a nation hanging on their every shot, Canada’s only NBA team put the finishing touches to a remarkable 4-2 series upset that denied the Warriors a fourth championship in five years.

When the final buzzer sounded, jubilant Raptors fans flooded the streets of downtown Toronto for a night of celebration not seen in the city since Major League Baseball’s Toronto Blue Jays last won a World Series title in 1993.

Toronto forward Kawhi Leonard, who arrived in a blockbuster trade with the San Antonio Spurs last July, was named the NBA Finals Most Valuable Player.

“Last summer I was going through a lot. I had a great support system, I just kept working hard, working hard and had my mind set on this goal right here,” said Leonard, who last season was limited to nine games due to a quadriceps injury.

“I came to a team, a new coach, and that mindset was the same as mine. This is what I play basketball for, this is what I work out for all summer, during the season and I’m happy that my hard work paid off.”

Kyle Lowry and Pascal Siakam each had 26 points for Toronto while sharp-shooting Warriors guard Klay Thompson, who left the game with an injury in the third quarter, had 30 points.

Despite playing against a more playoff-seasoned opponent, the Raptors proved unflappable throughout the series and whenever the Warriors looked set to seize momentum Toronto would use some smart passes and precise shooting to maintain control.

The Warriors, who lost Kevin Durant to a ruptured Achilles in Game Five, were dealt another crushing blow late in the third quarter of a tight game when Thompson came down awkwardly after a shot attempt.

Thompson, who was fouled on the play, was in obvious pain and headed toward the locker room but suddenly reappeared to shoot his free throws, which if he did not shoot would have made him ineligible to come back later in the game.

But after making both free throws Thompson went to the Warriors locker room and was later seen walking on crutches.

The loss sends the Warriors into an offseason of uncertainty given some of their top players, including Durant and Thompson, are eligible to become free agents.

Why India vs Pakistan at the World Cup is the hottest ticket in cricket
United Airlines jet skids off runway at Newark, disrupting flights
To Top
error: Content is protected !!