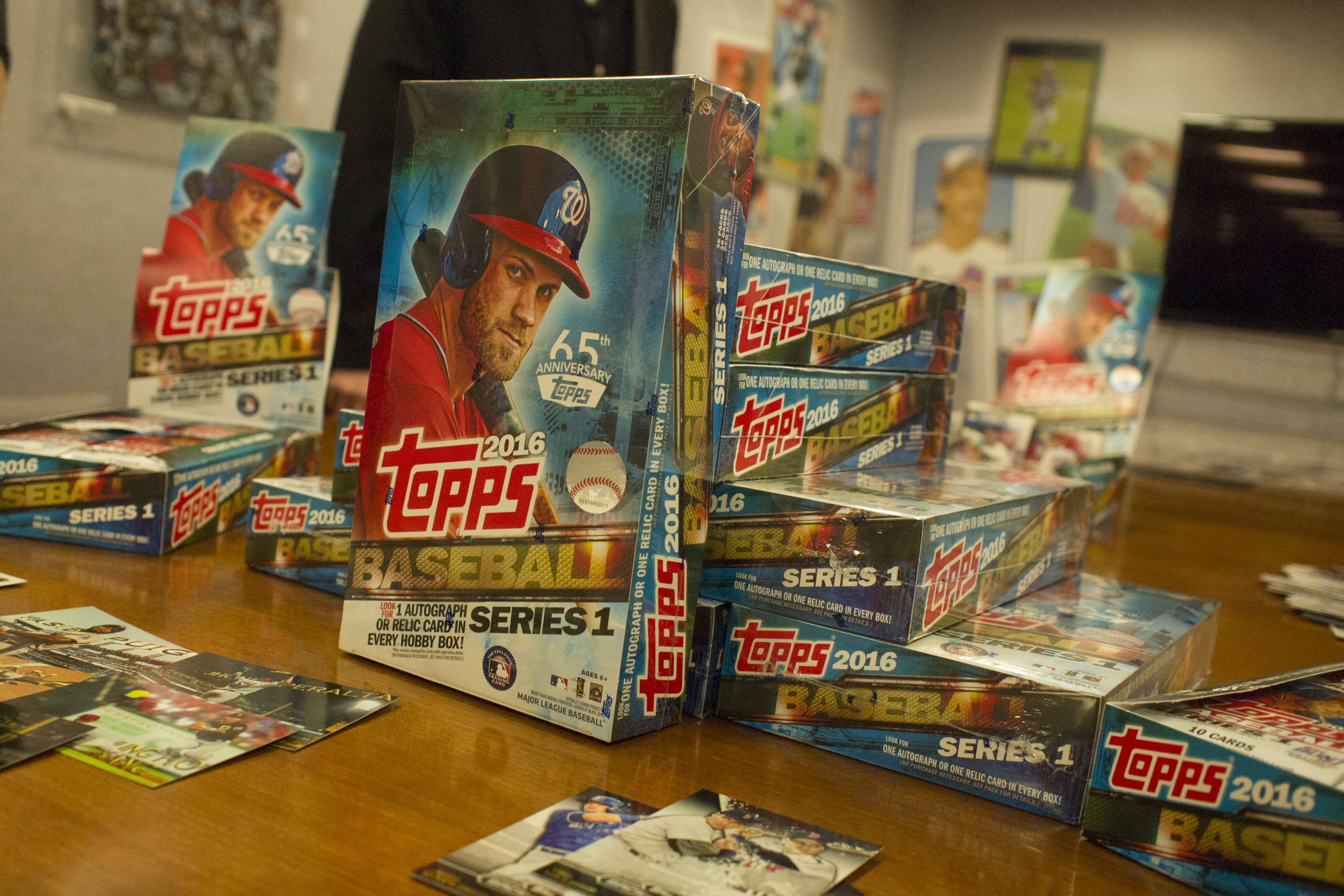 Topps’ baseball cards from the 2016 season are on display during the “Open Topps Baseball Series 1 Cards ” event at the Topps’ offices on February 10, 2016 in New York City.Kris Connor | Getty ImagesMLB has partnered with Topps on baseball cards since 1952, getting a royalty on cards the company sells.Topps, which was founded in 1938, said Friday it will remain a private company.”Topps expects to be able to produce substantially all its current licensed baseball products through 2025, pursuant to its existing agreements, and will build on the exceptional performance in the second quarter of 2021 in its Sports & Entertainment segment, and its Confections segment,” the company said.Topps, which had been publicly traded before being taken private in 2007, retains licensing deals with Major League Soccer and the National Hockey League.Murdrick’s full statement Friday said: “Mudrick Capital Acquisition Corporation II (Nasdaq: MUDS) announced today that the Agreement and Plan of Merger with Topps Intermediate Holdco, Inc. and Tornante-MDP Joe Holding LLC has been terminated by mutual agreement, after notification on August 19, 2021 from Major League Baseball and the Major League Baseball Players Association that they would not be renewing their respective agreements with The Topps Company when they come up for renewal at the end of 2025 and 2022, respectively.”Topps Chairman Michael Eisner, former CEO of The Walt Disney Company, had told CNBC’s “Squawk Box” in the spring that Topps chose to go public again via a SPAC because of the flexibility of such a mechanism and its limited distraction to management.