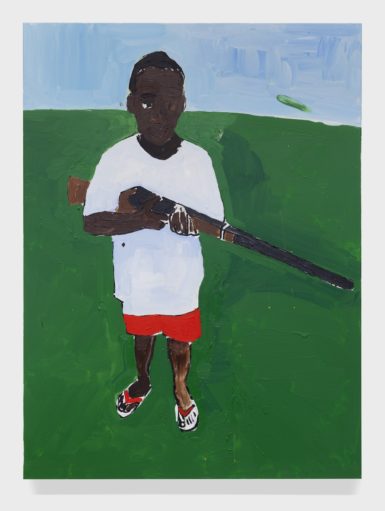 “For me, always, the frustration is I’d like more of the work to get out there,” said Beth Rudin DeWoody, discussing her preference for sharing the artworks she collects with the public over having them in storage or at home.

In September, dozens of works from DeWoody’s collection of more than 10,000 will appear together in an exhibition in Chicago at the Stony Island Arts Bank, the disused 1923 bank that artist Theaster Gates has turned into a multifaceted arts center through his Rebuild Foundation. Curated by Gates, along with DeWoody and Laura Dvorkin, who works with the collection, “In the Absence of Light: Gesture, Humor and Resistance in the Black Aesthetic” will include pieces by more than 20 black artists.

The show opens September 19, during the annual Expo Chicago fair, and Gates said in an email that it “embodies a silent, yet resonant, protest that explores the breadth of our community’s experiences. From laughter to performance to protest, this exhibition illuminates the complexities of artistic resistance in the black community.”

Among the artists included are El Anatsui, Glenn Ligon (who will have a dedicated room), Lynette Yiadom-Boakye, and Henry Taylor. The works on view “demonstrate the deep, heavy process that black creatives experience when they look inward, create to heal, reflect, process, and protect,” Gates said.

The outing is a follow-up of sorts to “Reclamation!,” a 2018 exhibition of works from DeWoody’s collection by artists from the African diaspora that the Taubman Museum of Art organized in Roanoke, Virginia. That area is a major focal point in her collection, but it did not happen intentionally, DeWoody said. “I just started collecting artists—I didn’t purposely look to collect black artists.”

Expo Chicago director Tony Karman proposed that Gates and DeWoody work together on a show, and the fit made perfect sense, DeWoody said, since she’s friendly with Gates and has collected his work.

Based in New York, Los Angeles, and Palm Beach, Florida, DeWoody is known for buying from artists before they have major shows, and sometimes even before they have gallery representation, and a number appearing in “In the Absence of Light” have that long history with her. “Supporting young artists in the early part of their career is so important,” she said, “because that’s when they really need the money to keep their studios going.”

Turner Prize Shortlist Revealed for 2019, With Four Artists Up for Prestigious Award -ARTnews

Robert Frank, Legendary Photographer and Filmmaker with an Unsparing Vision of America, Has Died at 94 -ARTnews